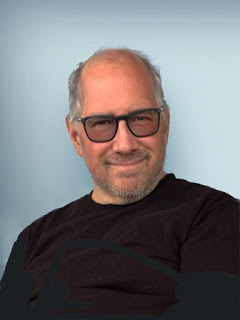 Barry Wittenstein is the author of the new historical fiction picture book Oscar’s American Dream. His other books include Waiting for Pumpsie, Sonny’s Bridge, A Place to Land, and The Boo-Boos That Changed the World. He lives in the Riverdale section of the Bronx.

Q: How did you come up with the idea for Oscar’s American Dream?

A: By looking. When you live in any neighborhood long enough, you notice its changes. Sometimes the changes are big, sometimes small. Sometimes they happen overnight, sometimes over decades. (Or as the great ballplayer and philosopher Yogi Berra is credited with saying, "You can observe a lot by just watching.")

I lived on the Upper West Side in Manhattan for 25 years. There was a wonderful old barbershop on Broadway near 104th Street when I first moved in. It was one of those real traditional barbershops. Mirrored walls and those big leather chairs. Combs in the blue liquid. The barber wearing a white smock. One day I saw a For Rent sign in the window. I ventured in.

The barber told me he was retiring. He had been at that location for close to 40 years. He said a few Hollywood movies had even been filmed there. When he turned off the lights and locked the door for the last time, he took the barbershop pole with him. Maybe not literally, but it was soon gone!

It made me sad, so I made sure that the barbershop pole in front of Oscar’s All-American Barbershop remained as a proud monument to the past. Architecture connects people through time. I never thought of that until I heard it in the wonderful Ric Burns documentary “New York.”

At least that barbershop on Broadway remained a locally owned space when it subsequently became a picture frame shop and then a beauty salon.

Then there are the chain stores. The diner becomes a bank, the flower shop turns into a 24/7 Rite Aid or Walgreens, or the entire block is torn down for expensive apartments. With rising rents, only large corporations can afford the space. Sometimes it seems like every other corner has a bank, a pharmacy or an urgent care.

There’s a third scenario, too. As bad, or maybe worse. Many of the vacant locations never get new tenants. And I mean, empty for decades. I guess it’s to the benefit of the landlords, tax writeoffs, etc., but it makes the community less desirable, less enjoyable if services and restaurants aren’t available.

It’s been a serious issue in NYC for a while. Pure and simple short-sighted greed. The lack of leadership and laws to prevent the hoarding of retail space is infuriating. The problem has gotten a million times worse since the pandemic. Don’t get me started. 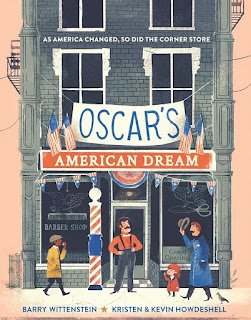 Q: One of the book’s themes is immigration and the impact on the United States of different groups of immigrants over the course of the 20th century. How did you decide on the various characters who worked at the corner store?

A: I first had to choose which historic events I wanted to build the narrative around. Then I had to create characters who fit into those events.

I began with European immigration in 1899. That turned into Oskar. He represented that wave. I also liked the fact that by changing one letter in his name Oskar/Oscar (the “k” to the “c”) he believed, and maybe rightly so, that he would assimilate better in his unfamiliar country. Becoming more American. This experience was not uncommon to those who passed through Ellis Island.

Next I wanted to highlight the suffragette movement. I needed the store to be owned by a woman or women. Since the movement coincided with other moments in history — as history always has parallel storylines—I decided they would sell clothing. But to who? Flappers!

For those who don’t know, “Flappers of the 1920s were young women known for their energetic freedom, embracing a lifestyle viewed by many at the time as outrageous, immoral or downright dangerous. Now considered the first generation of independent American women, flappers pushed barriers in economic, political and sexual freedom for women.” Thank you history.com.

I decided two sisters would be the owners of the store. For fun, I made their names rhyme. I mean, why not? So, I’m in the Roaring Twenties. But that was cut short by the Depression. People out of work and hungry. What better incarnation for the corner store than a soup kitchen to show how the 1929 crash affected everyone?

With World War II, the obvious choice was a recruitment center. The nation was united (imagine that!!) in fighting an existential threat. People were back at work in factories, especially women. The Depression had ended.

At this point we’re in the late 1940s and 1950s. Post-World War II America meant the building of suburbia for returning soldiers. At least for returning white soldiers. The result is American cities losing population and its tax base.

Into this void comes another wave. That’s when Moises shows up in the 1950s, arriving by plane from Puerto Rico. I wanted to show how this wave of immigration mirrored the European immigrants arriving by boat a half century earlier. Same, but different. Seeing new opportunities is the common thread.

Why a bodega? I was speaking with a teacher whose father had arrived exactly this way, on an airplane from Puerto Rico. She said two things that I always remembered. Her father carried a suitcase made from cardboard, and that he, like many other immigrants from Puerto Rico during this era, opened a small grocery store.

But I also wanted to include the popularity of television. A seminal moment in politics was the Kennedy/Nixon debates. Moises turning his bodega into a store selling TVs would be a logical step for the enterprising fellow. He had great business instincts. He embraced change. That’s why he loved America, he said. (An early version contains a line about how Moises plugged in too many televisions, and a short circuit started the fire.)

Then there’s the coffee shop where customers are getting ready to ride the buses to Washington, D.C., to hear Dr. King give his “I Have a Dream” speech in 1963. I had just written a picture book (illustrated by Jerry Pinkney) called A Place to Land about the March on Washington. I wanted to include that important civil rights moment in American history.

The last store that I chose was Candy’s Candies. Although, once again, we don’t know Candy’s exact backstory. The end reveal is that she was one of the little kids who received a lemon drop from Oscar back in 1899, and probably was an immigrant, too.

Then in 1999, you have the faceless Acme Construction Company that ends the decades of independent mom and pop stores that make cities so interesting to live in. That’s why I write that “history ended.” Of course, history never ends, but in this storyline, the era of the mom and pop store has become a relic of the past.

Q: What do you think Kristen and Kevin Howdeshell’s illustrations add to the story?

A: Absolutely amazing! Just think about all the work and research the story demanded. One hundred years of different images—clothing, hats, cars, locations, etc. Really outstanding work. I hope our paths cross again. You can see their artistry at www.thebraveunion.com.

And, the Society of Illustrators accepted Oscar’s American Dream into this year’s show: www.societyillustrators.org.

“Change is the only constant.” It's an important life’s lesson. People fear change. It makes them uncomfortable. I’m including myself. But probably a healthier, more constructive mindset would be to embrace change and its challenges. Change can mean opportunities. New adventures!

Another is how immigrants add to the vibrancy of this country. This country was built and continues to be built by those who sometimes risked their lives coming to these shores. And yet, historically, there’s been a rejection of newcomers. We see it today. Even voiced by the president. It’s the fear of “others.” It’s such ignorance. A tired, old trope. And not only heard here. Throughout the world.

I hope my book helps children believe in themselves, believe in their hearts they are valued and loved — especially if they are recent immigrants, or who have parents or grandparents who came to this country, determined to build a better life.

I also wanted to outline a fun, simple roadmap — albeit incomplete—of some major events of 20th century America. I couldn’t include everything and everyone. I hope teachers and students will use the book as an introduction and an inspiration to further explore their own historic and cultural milestones.

For example, maybe the corner store was a candidate’s campaign headquarters. Or a store with LGBTQ owners. Maybe a bookstore that featured a certain demographic. A jazz club? A toy store? An art gallery? A pet store? A movie theatre? The possibilities are endless because the stories of heroic immigrants coming to this country are endless. And the each store tells their story.

Your readers might find it interesting that one early iteration of the corner store in the manuscript was a health food store called “Granny Ola’s.”

Here’s what I wrote:

“In 1970, when the first Earth Day march closed down

a health food store had already put down

roots for over five years.

The store had no name.

No one knew exactly who owned it,

but everybody called it “Granny Ola’s”

for its excellent granola and berry mix.”

A: I have two more narrative nonfiction picture books coming in 2022. I am always writing. There are many stories of people and their histories that need telling. I am also working on a YA novel.

A: A big part of my motivation in writing Oscar were the actions of the Trump administration. Their overt racism, caging of children, their Muslim ban, immoral behavior, etc. I wanted to say my piece.

I also wanted to touch on the concept of the American Dream. What is it? Do you believe it? Is it a myth or reality? Is it available for everybody? Who in the story achieved it?

I wanted to describe a few scenarios where immigrants came here to these shores to build a better life for themselves. And millions did just that. The hope for a better future, free from persecution. Their stories abound. Oscar fulfills that dream. And then gets a better job as a subway conductor. Was his dream the barbershop, or making money? Both? Something else? Would he have been able to climb the socioeconomic ladder had he stayed in Poland?

But Yettie and Nettie’s store closes because of the financial collapse of the 1920s/’30s. Moises falls victim to a fire. And Candy’s store is demolished by a faceless construction company. That’s life. But I can imagine each of them building a new business, never giving up. I hope readers feel the same. It’d be interesting to imagine what the future held for Oscar, Yettie and Nettie, Moises, and Candy.

On a lighter note, not sure if anybody caught this, but the name of the clothing store, “Out with the Old,” is the same phrase Acme Construction uses on their billboard advertising — “Out with the old, in with new luxury apartments that kiss the clouds.” That’s me being cynical.

Also, the corner store is located on Front Street and Second Avenue. There is no such corner in Manhattan. I intentionally did that. I didn’t want the store to have an exact city location. The store could have been located anywhere, because it is about America.