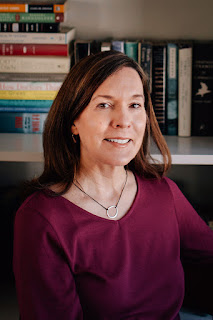 Sarah McCraw Crow is the author of the new novel The Wrong Kind of Woman. Her work has appeared in a variety of publications, including BookPage and The Christian Science Monitor. She lives in New Hampshire.

Q: How did you come up with the idea for The Wrong Kind of Woman?

A: When I first started writing the pages for this novel, I was writing about Virginia and Oliver, two characters in early midlife (late 30s, early 40s), and their marriage. I wanted to know what happens when a marriage ends suddenly because one partner dies, and the other is left to sort out what was good and bad about the marriage. So at first the novel was about grief and a marriage.

Later on, the novel grew to be more about how Virginia changes, finding purpose in her friendship with the four women faculty members at Clarendon College, women her husband had never liked.

The novel also grew to include two other characters, Virginia’s daughter Rebecca and lonely college student Sam, and how they react and change after Oliver’s death. Through their stories, we also see the pressures on women’s lives in a time when the second wave of the women’s movement was just starting to make a difference. 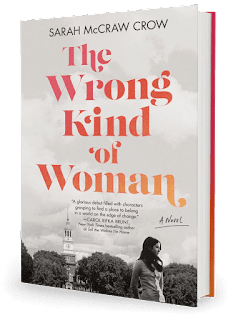 Q: The novel is set in the early 1970s. What interested you in this time period, and did you need to do much research to write the book?

A: Well, for starters, I love the 1970s, especially its pop culture and music. I think that’s because I was a little kid at the time, and childhood gives us such indelible memories and sense-memories.

But I also have a longtime interest in the women of my mom’s generation (women who’d be in their 80s and older), and how they navigated the choices that were, and weren’t, open to them.

The four women faculty members in The Wrong Kind of Woman faced countless challenges in getting graduate degrees and then teaching jobs when they were young. The chances of a woman getting tenure at a selective college back then were vanishingly rare.

My character Virginia, likewise, didn’t have the confidence to finish her Ph.D.; there was significant culture pressure in the 1950s and 1960s pushing back against women who wanted to follow their ambitions, especially if they were mothers. The women who dared to follow their dreams had to have a lot of confidence and support.

A: This novel had so many other titles before it got its final title! Early on, I gave it working titles that reflected its fictional setting, like Westfield (the New Hampshire college town) and Clarendon (the name of the college).

My agent rightly said that these titles didn’t reflect what the novel was about, so we both brainstormed lists of titles that included the word “woman,” and the title it went on submission with was “Year of the Woman.” But once the book sold, my editor said that the MIRA team wanted a new title, so I wrote up a new list. In the end, a MIRA editor came up with the final title by tweaking one of my proposed titles.

I think the title raises some good questions—who exactly is this wrong kind of woman? What does she need to do to become the “right” kind of woman? And who’s making these judgments, anyway? I hope that it reflects some of the cultural assumptions of an earlier time, and the way women are still subject to (and still subject one another to) a lot of needlessly judgy thinking.

Q: The Publishers Weekly review of the book says, “The choice to present the characters’ desperate actions in shades of gray makes for engrossing reading.” What do you think of that assessment?

A: Well, I’m very glad the reviewer found the novel engrossing! But one of the things I love most about reading and writing fiction is that we’re granted access to characters’ innermost thoughts and desires and fears. We can see how what they’re thinking doesn’t match up with what they’re saying, and we can see how they’re a lot more likely to stumble into bad choices or heroic actions than to leap into them like an action hero.

A: I’m working on early pages for two possible novels, one set in the late 1920s and one in the early 1980s. One is set in El Paso and Missouri, and the other in Virginia. I’m eager to get back to fiction writing—I’ve been away from it for a few weeks and am really missing it.