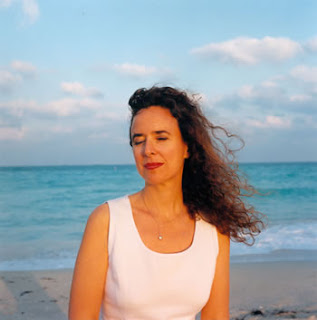 Ruth Behar is the author of Letters from Cuba, a new middle grade novel for kids. Her other books include Lucky Broken Girl. She is an anthropology professor at the University of Michigan, and she lives in Ann Arbor, Michigan.

Q: You write that Letters from Cuba was inspired by your grandmother's story. Why did you decide to focus on those experiences in your new book?

A: When I began writing Letters from Cuba, I was thinking about the immigrant crisis. It upset me to observe the criminalization and demonization of immigrants in the U.S. I was horrified that children were being separated from their families and placed in cages. I wondered what I could do to speak out against the cruelty of our government’s anti-immigrant stance.

It occurred to me that my family was part of this story. My four Jewish grandparents hadn’t been able to enter the U.S. in the 1920s and 1930s because of a racist immigration policy that imposed quotas on Eastern and Southern European immigrants. Unwanted here, they went to Cuba instead. That led to my parents being born in Cuba, and I too.

Curiously, we came to the U.S. two generations later, when our family fled communism. Then we were welcomed with open arms in the same country that had closed the door to us in an earlier era. I am now a Latinx writer because of the twists and turns of the racial politics around immigration.

Of my four grandparents, my maternal grandmother Esther had a dramatic story that I had heard, and been entranced by, since I was a child. Esther was the first of seven children to take a ship across the ocean to meet up with her father, who was already in Cuba struggling to make a living. 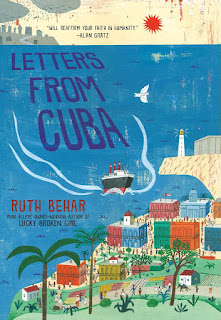 He had saved enough money to only bring one of his children to Cuba and wanted to choose his older son. But my grandmother, the eldest of all the children, begged him to let her be the first to go, promising that she’d help him bring the rest of the family to Cuba. She kept her promise and thanks to her work and sacrifice, she saved her family.

I was drawn to my grandmother’s bravery and faith as well as her unwavering commitment to reunite the family. She found a home in Cuba, a place where she felt she could start anew, where she came into contact with people of other cultures and religions. I loved the idea that you could hold on to your identity and traditions while making room for those of others, and decided to explore that theme in Letters from Cuba.

Even though my grandmother’s story unfolded almost a century ago, it’s not so different from the stories of young immigrants today. They too are escaping poverty and discrimination and want to help their families prosper while finding ways to belong in a new land.

Q: Why did you choose to write the novel in the form of letters from Esther to her sister?

A: I love letters as a genre. It’s a democratic genre, open to everyone and anyone. Who hasn’t written a letter at some point in their life?

I had come across old letters, written by immigrants, collected in historical anthologies and found them fascinating. Letters were essential in an earlier era, when they were the main form of communication among separated families.

And then I read Karen Hesse’s novel, Letters from Rivka, about a Jewish girl’s immigrant journey from Europe to the United States, via Ellis Island, and thought it was beautiful. I was inspired and thought I’d follow Hesse’s example and write a different, lesser-known Jewish immigrant story about Esther’s letters to her sister Malka as she embarks on a new life in Cuba.

I always like to know who is listening to a story, who needs to hear the story that’s being told. Esther writes only to Malka, because her younger sister is special to her and it’s painful to be separated. There’s a magic force to the letters. If Esther keeps writing letters to Malka, then Malka surely will come to Cuba one day to read them.

It’s as if the letters have the power to draw Malka to Esther. Like a magnet, the force of the words will reunite them one day. The letters become a symbol of hope.

Writing the book as letters made it a little easier to write the novel. Whenever I’d sit down and worry that I didn’t know how to move forward, I’d say to myself, “All you have to do is write a letter. That isn’t so hard.” I tricked myself into writing the book this way.

A: The book is based on years of research in Cuba. In my other life as a cultural anthropologist, I’ve traveled to the island several times and researched the history of the Jews in Cuba and also learned about the African roots of Cuban culture.

Cuba has preserved an impressive amount of West African culture – religious, musical, dance – and it’s been said that people come from Nigeria to witness rituals that their ancestors once performed.

In the course of my travels, I’ve gotten to know Havana very well, where I was born, a city of eclectic architecture and breathtaking flamboyans, scented by the sea mist. I’ve traveled around the island and visited Agramonte, where the novel is set, the sugar-growing town in the province of Matanzas where my grandmother and her family lived.

Agramonte is a historic hub of Afro-Cuban culture and I’ve been fortunate to witness important rituals performed there with the sacred batá drums. The sense of place is so important in Letters from Cuba and I feel grateful that I was able to draw on my firsthand knowledge of the island.

Researching the World War II background to the story, among the surprising things I learned was that there were Nazis in Cuba. Though they were few and far between and didn’t sway the majority of Cubans, who were tolerant and open to Jewish immigrants, they nevertheless existed and caused severe harm.

They played a major role in preventing the St. Louis vessel in 1939 from disembarking over 900 German Jewish passengers who were sent back to Europe, many to die in concentration camps.

In counterpoint to this, I also learned that the Cuban anthropologist Fernando Ortiz organized an association to fight anti-Semitic racism in the 1930s. Fortunately, it is Ortiz’s sensibility that ultimately won out among the Cuban people.

Q: What do you hope readers take away from Esther's story?

A: I think about all the young people today who are standing up and speaking out and trying to make the world a better, more just, more livable place. The voices of youth are so important and must be heard. In reading Esther’s story, I hope that young people today will look back and understand how the brave acts of young people in the past can help to shape the struggles of the present.

And I hope that adult readers will find in Esther’s story a way to more deeply and compassionately understand and support the dreams of young people.

A: I just completed a picture book about a little girl in Miami and her relationship with her elderly aunt, who is leaving her home on the beach for a new home. It is being illustrated by Devon Holzwarth and will be out with Knopf in 2022. I am excited to see how the illustrations are bringing the story to life.

I’ve started a new middle grade novel, working again with my amazing editor Nancy Paulsen, and hope to have more to say about it soon!

A: Thank you so much for the interview. I appreciate your kindness in supporting my writing and that of many other authors.