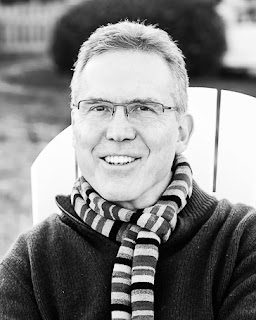 Donald Platt is the author of the new poetry collection One Illuminated Letter of Being. His other books include Man Praying and Tornadoesque. He is a professor at Purdue University.

Q: In your new poetry collection, you focus on your mother's death. How difficult was it to write about her passing, and what impact did writing these poems have on you?

A: At the end of 2013, it became apparent to both my mom and me that she was in very poor health and was probably, at the age of 96, nearing her death. I was compelled to write the poems in One Illuminated Letter of Being because this person I loved and who had given birth to me and my brother was about to leave life.

Honestly, I knew of no other way to cope with her death than to write about it. Yes, it was hard. But to keep silent, not to write, would have been harder still. Writing these poems let me articulate my grief and a host of other emotions, “process” (I dislike that verb because it makes it sound as if emotions are a kind of unappealing, bland, mass-marketed snack food) these feelings, and eventually find a way back into my own life. 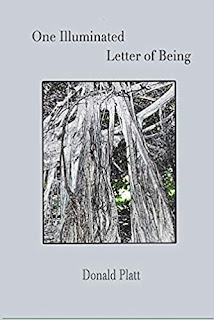 A: Loosely, the poems about my mother’s dying are in a chronological order that follows the different stages of her final illness. She had lung cancer and heart complications. There is a moment near the book’s opening when she got very sick. But then mysteriously, magically, she recovered for a few months before going into her final decline.

After her death, the poems chart my sorrow in the aftermath of her death. They are filled with images of the turning seasons for a complete year up to the first anniversary of her death. She died on August 14, so summer poems give way to fall and winter ones. The book then returns to spring (where it started) and finally to summer again.

Personally, I find the constancy of the seasons very calming and reassuring in times of grief and high stress, and so it became a natural device for this book about dying and grief to turn to the natural world as a reminder that life goes on.

A: The title, One Illuminated Letter of Being, is a phrase from the end of a poem called “Wisteria.” That poem imagines how some wisteria that I’m planting will eventually grow on a wire trellis that I have constructed. The poem sees the wisteria first as a G clef on the staves of the trellis’s wire and then as an illuminated letter in a medieval manuscript.

Scribes, copying over a holy text like the bible, would enlarge the first letter in a chapter and decorate it with vines, other flora, birds, animals, and often very elaborate scenes nestled within the letter’s curves that pertained to the story of that chapter.

On one level, I see my mother’s life itself as “one illuminated letter of being,” a story whose end I’m narrating in this particular book. On a more generalized level, I see life as a letter that dying illuminates, shines light on, and reveals.

A: I’d like all of us to become familiar with the process of dying and grieving, which are completely natural, but from which so many of us shy away. One of the goals of the book is to demystify the taboo subject of death, so that it doesn’t have such a stranglehold on our living and so that we don’t fear it so much.

I’m speaking for myself here. The book delineates the course of that education I received from my mother in, if you’ll permit me the phrase, “the art of dying.” As the poet Sylvia Plath put it rather ironically in a very different context,

I do it exceptionally well.

I do it so it feels real.

I guess you could say I’ve a call.

Not speaking with any irony whatsoever, my mother did dying exceptionally well. She became my teacher. She did not fear her death, but accepted its coming, even embraced it. Her attitude was “illuminating” in the best way possible.

Partly, I wrote this book instinctively to set down what I’ve learned from her and in the hope that others might learn something similar through reading about my experience. Ultimately, being close to someone in her last days can bring us closer to life. A renewed and more vibrant connection with life is paradoxically the aim of my book about dying.

A: I’ve been writing a lot of love poems. They represent, of course, the opposite of death and are the other half of the great dyad that lyric poetry seems uniquely equipped to explore. Many of them aren’t very good, and my partner has no hesitancy in telling me when they are bad. I hope some of them may be good enough to publish some day in the distant future.

A: Yes, I’m living now in an apartment that overlooks some railroad tracks. Mile-long freight trains are constantly passing by my window. They make a lot of noise. They screech, roar, hiss, and bang. If I’m sitting on my balcony, it’s advisable to wear ear plugs. It’s impossible to ignore these freight trains.

So my new love poems are sometimes filled with trains and the graffiti on the sides of the box cars. A line from today’s graffiti was: GO REDS  BE BAD  ELECTRA. I think that’s a good motto for living and for loving. Electra, be bad.