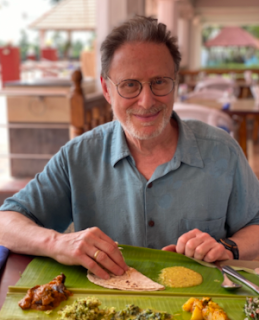 Ken Langer is the author of the new novel A Nest for Lalita. He is the founder of EMSI, an international green building consulting company.

Q: How did you come up with the idea for A Nest for Lalita?

A: My experience living in India three different times in my life has been wonderful, but I have always been troubled by the social inequities and the plight of women. One reads constant reports about domestic violence, rape, dowry deaths, and acid attacks. I wanted to write a novel that focused on one of those issues.

In a sense, it was a way of repenting for my earlier life as a student of Sanskrit literature, when I gave little thought to the social inequities inherent in a three-thousand-year old patriarchal society. 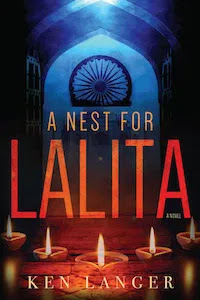 A: The novel is about contemporary India. It could have taken place more recently, but I wanted to distance the events of the novel from the politics of today, particularly from the Bharatiya Janata Party or BJP, the right-wing, nationalist party that is tilting India away from its secular roots.

Q: What did you see as the right blend between the personal and the political in the novel?

A: The novel is the story of two people, Meena and Simon, who are caught in the web of the ruling Hindu party. But I didn’t start out wanting to write a novel about Indian politics. Above all, it’s a personal story.

A: The novel begins with a prologue set in 1975. Madhav Behera, the 20-something heir to a major industrial house, has taken a liking to Lalita, a beautiful, young sweeper in his office. He gives her a gold necklace, which is found by her drunken husband. In a jealous rage, the man douses her with petrol and burns Lalita to death.

A: Two things: a memoir and a collection of short stories. The memoir takes more liberties than I have unpaid parking tickets. Think Laurence Stern’s Tristram Shandy or David Sedaris’ Naked.

A: My novel incorporates a lifetime of experiences, observations from many years spent in India.

There’s a lot going on, from an outlandish priest reflecting on how Sanskrit love poetry can be used as a tool to end domestic to Simon’s musings on why beauty in India is thought of as salty or even sour; or Kesh (Meena’s misogynist husband) accusing Meena’s deputy of wanting to transform India into a country where men throw themselves into their wives funeral pyres, a kind of reverse sati.

There’s a lot to take in, so I hope the reader will not rush through the novel.