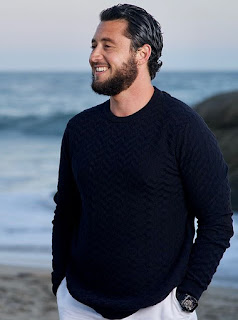 Blake D. Bauer is the author of the book You Were Not Born to Suffer. He is a speaker, teacher, and consultant.

Q:  Why did you write this updated edition to your book, and did you make many changes in it?

A: I initially self-published at the end of 2012. You Were Not Born To Suffer became a bestseller as a self-published title and started to attract interest from traditional publishers. In 2016 Watkins in the UK bought the rights, and we released a new edition in March 2017.

Between 2012 and 2017 I worked with thousands of people in private practice and in group settings across three continents. I grew a lot in those five years and wanted to refine the ideas and presentation.

Yes, two of the most important changes I made were adding the chapters titled Healthy Selfishness, Functional Sanity, Healing Guilt, Shame & Insecurity, How To Be Yourself, and Understanding Your Life Purpose. These were topics that grew in relevance as I was teaching and I wanted to offer the clearest exploration on them that I could at the time. 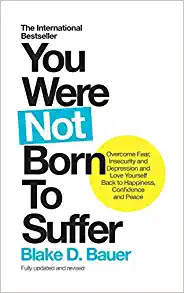 Q: How did you end up writing the original book? What motivated you to write about suffering?

A: I suffered deeply in my teens and early 20s. I had a painful upbringing and developed a very destructive relationship to alcohol, drugs, and food. I hit rock bottom at 18, after getting a very bad DUI on pharmaceutical pills, cannabis, and alcohol.

I was a co-captain of the varsity football team at this time with interest to play college football. But when my coach found out he immediately kicked me off the team. This triggered a downward spiral where I found myself tortured mentally and emotionally with no idea about what to do. I had destroyed my young fragile identity and ego.

This led to me having no idea who I was or what to do with my life, and then I fell into an even darker place where I was suicidally depressed, anxious, insecure, paranoid from my drug use, and deeply confused.

Instinctually a feeling grew inside me that there had to be a way out of my suffering. I believed that life was not meant to be so hard, which led me on a quest to find freedom, peace, health, and clarity of purpose in life.

From 18 onward I devoted myself to my healing because nothing else mattered to me. I worked in the alternative health space, I went to five universities, I studied practices like yoga, meditation, and Qi Gong daily in depth, and I read hundreds of books on health, healing, spirituality, religion, science, and personal development.

Eventually I realized that my entire healing, spiritual, and educational journey was really my process of learning how to love, value, and take good care of myself.

From all my training I could see and outline how most forms of mental and physical health issues were the result of us never learning how to love, value, and care for ourselves practically as children. Our parents, teachers, and community leaders didn’t really know how to themselves so they couldn’t teach us, and so this cycle of self-destruction was being passed on from generation to generation.

I was desperate to transform my own pain and to understand how to really heal, be happy, and find purpose in life. So when I found this clarity, I very naively and genuinely just wanted to tell as many people as I could. The very next thought was “I’m going to write a book.” I became overwhelmingly driven to explain to as many people as I could what brought me clarity and relief, in hopes that it would do the same for them.

Toward this aim, I also hope each reader will understand the root causes of their suffering and how to prevent further unnecessary pain moving forward.

A: I have two primary projects I’m working on at the moment. After losing my brother to a heroin overdose in 2013, then my father to age-related health issues in 2017, and my mother also facing significant health issues during this time, I finally allowed myself to explore an interest in fiction/creative writing that I had never given myself permission to study.

This led to two years of studying screenwriting with the top teachers in the world, and I now have a few film projects I’m developing. During this same time, arising from the positive reception of You Were Not Born To Suffer, I have received a number of offers for my next nonfiction book. I’m currently working on the proposal for this as well.