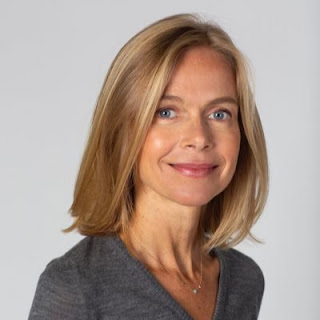 Susan Burton is the author of the new book Empty: A Memoir, which focuses on her experiences with eating disorders. She is an editor for This American Life, and she lives in Brooklyn.

Q: You write, "For so long I was scared to write about my eating disorders." Why did you decide to write this book?

A: I started out writing a very different book, one that would have intertwined a cultural history of teenage girlhood with the personal history of my own adolescence. But when I wrote the first draft, something I hadn’t expected came out—an intensely personal chronicle of my eating disorders.

For years after that first draft—literally, years—I was stuck. I kept trying to write the book I’d promised. The thing was, I wanted to write about my eating disorders—anorexia and binge-eating. That material felt urgent, and unresolved. But I’d kept my experience secret for decades—that was one part of the problem.

The other part was that I couldn’t admit that I wanted to write a memoir of my eating disorders. This was a miserable place to be, knowing what I wanted but being unable to acknowledge it.

Why couldn’t I admit it? Because of my shame and secrecy, but also because I’d internalized the stigma that an eating disorder story is somehow unworthy of telling. Stories of eating disorders are often told uneasily, apologetically, as if they matter less. 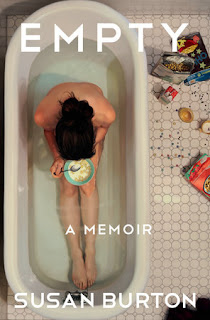 Eventually, with the encouragement of my wonderful editor, I was able to say what I needed and wanted to write and just do it. Which in a way is a metaphor for eating disorder recovery itself, in that getting over an ED requires one to recognize and embrace one’s own desires instead of denying them.

Q: What impact did writing the book have on you, and on how you thought about your body and your eating disorders?

A: The most important thing writing did was to get me to start talking. I didn’t open up about my eating disorders to anyone until I was nearly finished with the book.

At that point I went to see a therapist. I sat down in the corner of the couch and told her I was there for a couple reasons: One, that I was about to tell a secret in a very public way; and two, that I thought about food all the time, and I didn’t want to. “You think about food all the time because you don’t eat enough of it,” she said.

She was right. Therapy for an eating disorder involves both changing behaviors and understanding the underlying reasons for those behaviors. This work has been transformative for me, but I’m not going to lie: It is difficult. I just turned 47 and these are patterns I established in high school.

I am gaining strength and clarity but I’m also still pulled toward my old stuff: e.g., reaching for or refusing food as a coping strategy; sinking into self-loathing. What’s different now is that I have a lot more self-compassion and self-awareness. Lots of the self- prefix in my vocabulary these days. . . . But all of that looking inward has me reaching out—seeking connection where before I might have retreated.

A: The book is 99.9 percent personal story, but I did do a little reading about eating disorders and addiction. I experienced binge-eating disorder as an addiction. Every time I binged, I swore it would be the last time; every day, I did it again. Naming it for myself as an addiction validated the illness for me somehow; mitigated some of my shame. Put the bingeing on what I considered a more serious plane.

Yet the bingeing was ruinous and important no matter how it’s labeled.

Some of the other research I did involved tracking down numbers of people who have various eating disorders—the prevalence in the population. Those numbers are surprisingly hard to come by. Eating disorder research is less well-funded than research into other mental illnesses like anxiety and depression, even though EDs can be equally devastating.

A: I hope Empty conveys the feeling of living with an eating disorder. “Feeling”: as if there’s only one! The rigidity, the disinhibition; the promises, the self-hate; the hiding, the isolation; the ferocity and, yes, the emptiness. I hope that readers who have EDs, or histories of them, or who know people who do—I hope they’ll find identification and solace.

A: I’m feeling the luxury of working one job, my job as an editor at This American Life, instead of job + meeting-book-deadline. That said, I’ve made tentative beginnings toward something new—a novel.

A: I hope that all readers come away from Empty with the understanding that eating disorders are illnesses that can be treated.