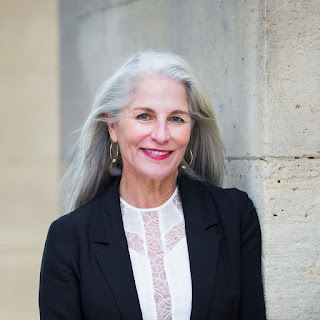 Liza Nash Taylor is the author of the new historical novel Etiquette for Runaways. She lives in Virginia.

Q: How did you come up with the idea for Etiquette for Runaways, and for your character May?

A: I was stuck at home for eight weeks, nursing a broken ankle (don’t text and walk!). And I was supposed to be leaving for France on the day it happened! So I sat out on the porch of this old house, wanting to begin a novel, and I knew then that I would set it here.

Two things inspired my character May. First, I had recently finished reading Daniel Defoe’s 1722 novel Moll Flanders. Moll was an 18th century badass. She came from nothing, and as she was coming of age, people tried to take advantage of her, especially men. Well, Moll got ahead and she got even by using her wits. Her story inspired me, except for the bit where she marries her own brother…

The other thing that sparked May was a broken piece of porcelain. This house was built around 1830 and I often find antique bottles, hardware, and bits of broken pottery and porcelain in the dirt. 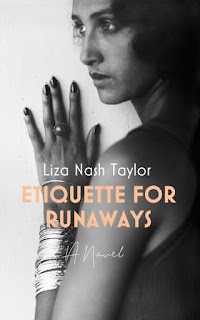 I found a piece of a Victorian-era doll’s face. It was kind of creepy, but I wondered whose doll it had been. I decided to write about the little girl who loved that doll, here, at Keswick Farm. The doll became part of the story.

A: I really love doing research, especially when I find what I call “Easter eggs” —bits of history that can be an interesting detail or can influence a complete plot. I like to read novels and periodicals that are contemporaneous to the era I’m writing about. It’s a good way to pick up speech patterns and slang, and to find details of everyday life.

My title comes from the first 1922 edition of Emily Post’s guide to etiquette. I spend a lot of time on Pinterest and eBay, too, looking at old things.

Q: The book is partly set in the farmhouse where you live. How important is setting to you in your writing?

A: For the most part, I’ve been really fortunate in being able to use places I’ve actually been to as settings. I find that I’m better able to add sensory details from experience. My house was built around 1930, so that was the starting point. From there I came up with my main character and chose the 1920s as the time period.

In New York, I stayed in a room at the Waldorf-Astoria Hotel that still had a lot of the original Art Deco details, since the New York Biltmore was torn down in the mid-1980s. Also in New York I use a women’s rooming house where I lived in graduate school, and one of my first grotty apartments.

In Paris I was lucky to be given a tour of the Théâtre des Champs-Élysées, and I visited the Musée Nissim de Camondo many times. I spent a day at an American military cemetery outside Paris, and that changed the ending of the novel.

A: When I read novels—especially historical fiction—I like to feel as if I’ve been transported to another time and/or place. If it’s a time or place I don’t know much about, I love to be informed, especially about the details of everyday life. So I’d hope that my readers might feel some of that.

A: Right now I’m working on pre-publication edits for my second novel, working title In All Good Faith, which is coming next Aug. 10, also from the wonderful crew at Blackstone Publishing. It’s a stand-alone sequel to Etiquette for Runaways.

It’s the story of two women’s unlikely success during the Great Depression and it’s set around the events of the Veteran’s Bonus March on Washington, D.C., in the summer of 1932. May will be back, as well as some familiar characters, but it’s a dual narrative. About halfway through the two main characters will meet and influence each other’s lives in ways they could never had anticipated.

A: I’d love to connect with book clubs, and they can reach me through my website, lizanashtaylor.com. I’ve got a downloadable book club guide. I love Instagram and you can follow me there and on Facebook @lizanashtaylor.