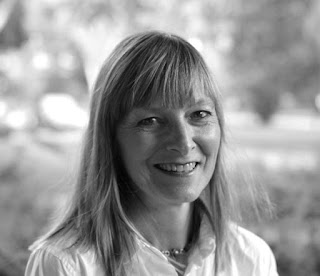 Karin Cecile Davidson is the author of the new novel Sybelia Drive. Her work has appeared in a variety of publications, including Story Magazine and The Massachusetts Review.

Q: How did you come up with the idea for Sybelia Drive, and for your characters LuLu, Rainey, and Saul?

A: A few things occurred that led to the idea of Sybelia Drive. A writing teacher dared me to write a new story, and her dare was so impassioned that it created a spark to write something entirely new.

Rainey’s was the first voice that called to me, and her story led to one about LuLu, then another about Saul, all written from individual viewpoints, all in the first person. I thought I was writing linked stories, but later realized, with the attentive guidance of another writing teacher, that I was actually writing a novel. 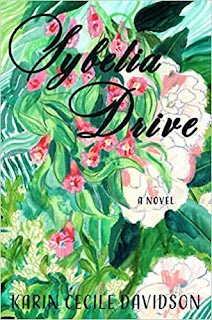 The voices multiplied and their stories began to overlap, and soon I had the larger story, one of the home front during wartime. Growing up during the Vietnam War, I knew many families who were affected by the draft. By the time I was a teenager, I met men, really boys, not much older than myself, who had served.

Later, I realized the quietude that many of them had was due to their experiences “in-country.” When the United States sent troops to Afghanistan and Iraq, I felt the need to examine the era and the war that had defined my generation.

Q: The novel is set in a small town in Florida. How important is setting to you in your writing?

A: I’ve always considered that sense of place is what grounds the writing and eventually the reader, leading to Flannery O’Connor’s “peculiar crossroads, where time, place, and eternity somehow meet.” The Gulf Coast is the region where I grew up, and so the Florida setting came naturally.

While Sybelia Drive is set mainly in the fictional town of Anna Clara, Florida, it also visits real places, as close as West Palm Beach and as far as villages in Vietnam.

Many of my stories take place in or around New Orleans, but some are as far from the Gulf Coast as Berlin, Germany or the fictional town of Dynamo, Iowa. Other than Vietnam, I’ve lived in most of these places, and from each, there’s always the fine dust of memory that lingers and then seeps into the characters and their narratives.

A: The things that came up that I never thought I’d have to research included the blueprint of a 1960s one-story contemporary house, the anatomy of a canoe, medical information about amputees, and the nightclubs of West Palm Beach in the ‘60s and ‘70s.

That said, it was the descriptions of Vietnam that required intensive research. Trying to understand military rankings, military language specific to the war in Vietnam, and the different factions of the military also took a phenomenal amount of research, which included conversations with USMC CAP veterans, those engaged in peacekeeping missions.

I loved researching “Two Girls Laughing,” Hélène’s chapter, as it touched on layers of Vietnamese history, centuries of imperialistic oppression, including our American War, the final assault on a country determined to know independence. And while I felt it important to include Vietnamese viewpoints, I understand that theirs is not my story to tell, only to acknowledge and respect.

A: I hope readers find LuLu, Rainey, and Saul and the other viewpoint characters of the novel as engaging and complex as I’ve endeavored to make them.

I hope the geographical and emotional landscapes of the book carry readers through the novel, so that each passage invites them to press on.

And I hope the structural decision of including many viewpoints to carry the multiple voices during wartime comes across a cohesive and relates the strength of a community as coming together and supportive, no matter characters’ differing perspectives.

A: At the moment I’m working mostly on promotional content, but I’m looking forward to returning to a Gulf Coast story collection that’s underway, one that deals with the region’s music and varying livelihoods, including Alabama shrimp fishermen, a Mississippi field naturalist, Texas roughnecks, a Louisiana oyster shucker, and a Florida blues singer.

A: Such an open-ended question! Well, the soundtrack of Sybelia Drive provides another look into the novel’s time frame, as well as “liner notes” descriptions of the characters’ individual storylines. And if they’d like to read the novel, here’s their chance! Gratitude for readers and for this interview!