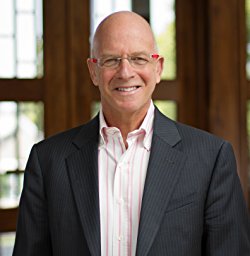 Amos N. Guiora is the author of the new book Armies of Enablers: Survivor Stories of Complicity and Betrayal in Sexual Assaults. His other books include The Crime of Complicity: The Bystander in the Holocaust. He is a professor of law at the University of Utah.

Q: What inspired you to write Armies of Enablers?

A: In June 2018 I had dinner with my publisher, Brian Kay (ABA) in Chicago. He asked me what’s next (after Crime of Complicity, which by that time had also been translated into Dutch and Chinese and had gotten lots of play, was the basis for legislation, and I had book talks lined up for the foreseeable future).

Brian knows I am a huge sports fan and asked me if I knew about Michigan State and Larry Nassar to which I replied “Of course” and then he asked if I was aware of the Catholic Church scandals to which I similarly replied. He said, “Well, there’s your book.” I wish I could say Brian plied with me drinks because next thing I knew I said “Yes” but I don’t drink but we did split a huge piece of cake.

I went back to my hotel room and said, “Whoa….what do I do now?” Once I got over “that” moment I started mapping out a plan…..draft after draft that friends all dinged for not saying anything.

Fast forward to March 2019 when I skyped with one of Nassar’s victims (she’s Jane Doe in the book) to whom I was introduced by a colleague, she who told me: “You are missing the point….this isn’t about bystanders, this is about enablers.” And on the spot I throw out everything I had written, through her got to an attorney who represents Nassar victims. I flew to Detroit and Irvine, California. Then I met with a D.C. lawyer who represents OSU survivors and also met with Catholic Church survivors.

As to inspiration? The hours I spent with the 20-25 survivors who trusted me with their stories and to whom I feel two duties: Speak at as many forums as possible so people can hear their stories; To be involved in as many things as possible (legislation, sexual advocacy groups) to ensure this doesn’t happen again.

Q: You write, "There is a link between the bystander and the enabler; while the former is present when another is in harm’s way, the latter, as we shall come to see, creates the environment that facilitates  that very harm." Can you say more about the links between this new book and your book The Crime of Complicity, which came out a few years ago?

The consequence for the survivor is the same: abandonment, thereby enhancing the peril.

For me, there is a direct connection between the two themes. While the bystander is physically present when a person is in peril and the enabler knows or should have known, from the survivor’s perspective the consequence is akin. That is the theme that unites the two books.

A: Over the course of 15 months I met with 20-25 survivors who shared their stories with me. I was honored and humbled that they did so. More than anything I was surprised that I was the first person to ask them the following question: “What were your expectations of the enabler?” That question became the central focus of the book. We did not discuss the actions of the perp but rather focused on the bystander-enabler.

Q: In the book, you say, "The more interviews I conducted with survivors, the greater my clarity regarding the need to create a framework facilitating criminalization of the enabler." What exactly would you recommend?

For me, that is of the greatest importance to ensure that what happened at MSU, PSU, USAG, OSU, and the Catholic Church doesn’t happen again. There is---for me---no doubt that criminalizing is of the utmost importance. While there is opposition to “crimes of omission” (as compared to crimes of commission), I believe this step is necessary.

A: A number of “spin-off” projects from the book, including a law review article in progress on legislating the crime of omission, an additional project (in its very early stages with another academic) on “abuse of athletes,” and other writings unrelated to the book.

A: For me, it is of the utmost importance to be deeply involved and engaged in efforts (proactive) to work with sexual assault survivors, sexual assault advocates, legislators, public leaders, scholars, and others to address the enabler. That is the most effective, and important, outcome of the book from my perspective. I am fully engaged in this effort as it is my way of honoring the survivors who trusted me with their stories.