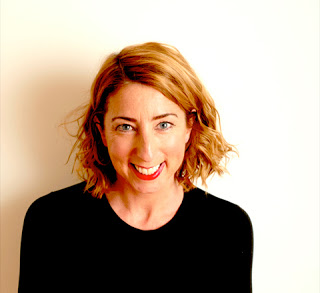 Jenny Colgan is the author of the new novel Christmas at the Island Hotel. Her many other books include 500 Miles from You and The Bookshop on the Shore. She lives north of Edinburgh, Scotland.

Q: Christmas at the Island Hotel brings back some characters you've written about before. Did you know you'd be writing more about them before you started this novel?

A: The tiny Scottish island of Mure that I write about has quite a hold over me, I keep wanting to go back there. In real life it's such a beautiful part of the world, the Northern islands off Scotland and over the years I've got so attached to the characters, I worry about them sometimes!

So it's always nice to go back, but really there is a new set of characters in Christmas at the Island Hotel, with a few old favourites popping up from time to time, so you don't need to have read the old ones to enjoy this one. 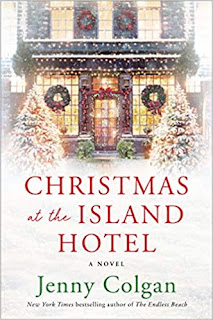 Q: How do you think your characters have changed over the course of the novels you've written about them?

A: It's interesting who you as a writer get invested in. So Saif, the doctor who's from Syria, originally started as a short story but I got so interested in what it's like to be a refugee far from home, even when your new home is lovely. I love writing about how he is making his way in his new life and I secretly think of him as the hero of the novels now.

Whereas the American character, Joel, who is so troubled in the earlier books; I like to think he's found a more peaceful way of living now and I don't like to disturb that. I don't want anything bad to happen to Joel ever again, so I tend to leave him alone.  So yes, you do care about them, which I realise is a bit mad.

Q: How did you create the island of Mure?

A: Well, I don't like to write about real places because you get a tiny thing wrong and everyone gets very cross with you!!! So it's made up but it's an amalgam of lots of wonderful places; Lerwick in Shetland, which I love, and Bute in the west, and the Orkneys. It has the Scandinavian flavour of Shetland, which is near Norway, but the music and folk traditions of the west. And of course it's very beautiful; most of Scotland is.

A: I generally know what's going to happen in the end, but there's normally some ups and downs towards getting there. I have some very close writer friends and sometimes if I'm not sure what to do we'll go and have a long lunch and hammer it out. Lots of people do that; it's sometimes incredibly helpful just to say it out loud and figure out a way forwards.

A: I am working on a novel set in Cornwall, about a grieving woman trying to put her life back together, and a noisy piano teacher. It's a little sad, quite funny I hope, and is about how you need whole communities sometimes to help you heal your life.

A: I just wanted to say how desperate I am to visit America again, I love your country. As soon as we're all safe to fly I can't wait to be back there again.