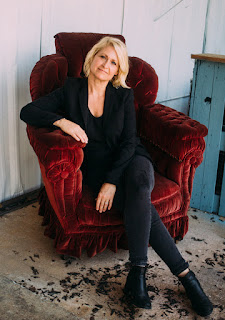 Emily Carpenter is the author of the new novel Reviving the Hawthorn Sisters. Her other books include Burying the Honeysuckle Girls and Every Single Secret.

Q: Reviving the Hawthorn Sisters is related to one of your previous novels, Burying the Honeysuckle Girls. What are the connections, and why did you decide to write this new novel?

A: The books are loosely connected, but there’s no need to have read Honeysuckle Girls to pick up Hawthorn Sisters. Dove Jarrod is a central character in Honeysuckle Girls, and this is her story—as well as her granddaughter Eve’s. Althea Bell from the first book plays a secondary role, too, which was fun.

I’d always thought Dove was the most intriguing character. When we meet her in Honeysuckle Girls, it’s 1937, she’s married to a tent evangelist/faith healer who makes a lot of money off his itinerant shows and Dove even appears to have a supernatural gift of her own. But she’s clearly a liar, or at least an embellisher, and a bit of a troublemaker. She’s indomitable. A survivor with smarts and humor. Who can resist that?

I was intrigued with her from the first moment she appeared on the page, and I was drawn to figuring out where she’d come from and what her true story was.

A: I researched a lot in Florence, Alabama—specific locations and the way the town was situated geographically on the river—to try and get a feel for what Dove would have experienced. I did a lot of research about the traveling tent evangelists back in the Great Depression, about how they advertised and what their services were like. 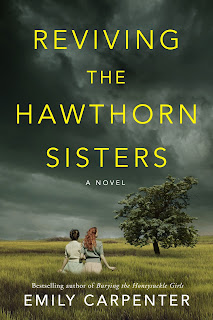 And then there are all the quirky details of a story you have to figure out. I was most surprised by the fact that, in the state of Alabama, if you find human bones or remains on your property, you are not legally obligated to report it to the authorities!

Q: What role do you see the supernatural playing in the novel?

A: I feel like the supernatural just hovers there in the book—a little offstage, but ever-present, like a specter. Eve doesn’t believe in miracles. Bruna does.

Dove has the most complicated relationship with God and the supernatural—I think part of her believes it because some things have happened that she can’t deny—“miracles”—but her pragmatic side just can’t accept it. And she doesn’t see any use in trying to explain it. She’s content not to know for sure because she relies on herself.

Writing the supernatural that way felt realistic to me. Who among us really knows, but we all wonder, I think, even the most skeptical among us.

A: An escape into a different world. I think it’s a story about loving your family even when they’ve done things you don’t condone or agree with. Everybody has their reasons for why they’ve done the things they’ve done. And if you’re willing to listen to their stories, you’ll have compassion.

It’s a story of friendship and survival and the dangers of letting religion be used as a tool to manipulate people. I think it’s truly a life-affirming and human book.

A: I’m working on a Southern gothic suspense about three women who are connected to a particular abandoned house in the center of downtown Birmingham, Alabama. And another book that’s a bit paranormal and magical. Not sure what I’m going to do with that one just yet, but it’s been a lot of fun to write.

A: Reviving the Hawthorn Sisters is out Oct. 20. It’s a book I’m extremely proud of, and I hope everybody enjoys it!