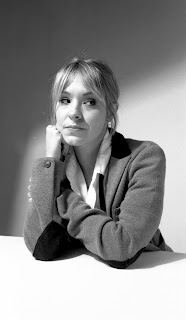 Q: How did you come up with the idea for Mary?

A: As a science fiction fanatic and a writer myself, I was thinking a lot about Mary Shelley’s life. When she wrote Frankenstein, she was only a teenager and she essentially created modern-day science fiction as we know it. On top of that, she published it in an era in which female writers were next to underheard of.

She also had two very prominent writer/philosopher parents. She had so much to live up to so early in life and while she left a big footprint in the literary world as we view it now, things were never easy for Mary Shelley.

I just kept thinking about the pressure Shelley must’ve felt -- that she put on herself but also from her writer husband, philosopher father, and the legacy of her mother. I wanted to explore that in a modern way while honoring Shelley’s legacy. 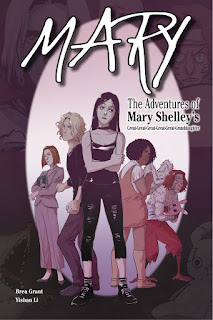 Mary is about unexplored potential and the things that hold us back. As teenagers, we are asked to choose what we want to do with the rest of our lives. The rest of our lives is a really long time! I struggled with finding my path, not knowing what I wanted to do with my life until I was in my mid-20s and even after that, my career and goals have continued to evolve.

Growing up, I didn’t even know the things I do now were jobs at all! Mary, in the book, has a similar revelation. The thing she thought she was meant to do to fulfill her legacy -- being a writer -- was not right for her. Instead, she has a different, more fantastical calling.

Q: In addition to writing, you're also an actor and filmmaker. How do those skills coexist for you?

A: They all come from a place of creativity and as a person who thrives in new environments, getting to access different parts of my brain makes me happiest.

At the core of all these, though, is storytelling. If I had to distill my job down to one thing I’d say I’m a storyteller. I’m drawn to characters’ journeys. As an actor, that’s easy because I’m just focusing on myself. When I’m writing or directing, I start from a character place. I try to get into my character’s heads before anything else.

Q: What do you think Yishan Li's work added to the book?

A: The book is what it is because of Yishan. Her art is incredible. I was looking for someone who could translate the sort of gothic world of Frankenstein into the modern day with a bit of a romantic element to it and she nailed it. She came up with all the character designs and I have to give her credit for fully bringing the story to life in a way I could only imagine in my dreams.

A: To forge your own path. Be weird. Think outside of the box! I love weirdness. It’s those people who make the world interesting. There is a lot of pressure from society, social media, or family to not explore our outsiderness. But it’s okay to be you and explore who you are.

A: I’m writing you this from Europe where I’m directing a television show called Pandora. I have two movies coming out soon. 12 Hour Shift comes out in October and Lucky comes out next year. Neither are recommended for young people but if any adults are reading this who like horror movies, they could be for you!