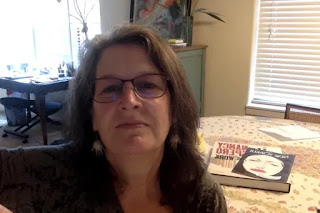 Beth Alvarado is the author of the new work of fiction Jillian in the Borderlands. Her other books include Anxious Attachments and Anthropologies. She lives in Oregon.

Q: In an interview with your publisher, you said, "I’ve always had a hard time with ‘plot,’ but for some reason the constraint of writing from several points of view and in different voices, liberated me..." How did you come up with the idea for the various voices in your book, and how did it liberate you from the idea of "plot"?

A: I was teaching a literature class focusing on work by Flannery O’Connor, Raymond Carver, Grace Paley, and George Saunders, and decided to write one story wherein I would imitate all four author’s styles—which meant I would need four narrators and a segmented story. An early version of the first story, “The Dead Child Bride,” was the result.

That story went through a number of revisions, but it gave me a template. Angie, the mother, and Jillian, the daughter, carried over from story to story and, as I invented other characters’ voices, some of them carried over, too, which gave the book the feeling of lives woven together within a particular world.

Working with those constraints was liberating because they gave me a starting place. To begin a new story, I would think: Okay, this one will start from Angie’s point of view, and this is the situation, and this is her conflict.

When I’d get a good first sentence, I’d just let Angie “talk,” which often resulted in a scene, and then I’d think, okay, what does Jillian have to say about this? And then I’d come up with an outsider who could give us a different perspective. Then back to Angie or Jillian or Juana of God or the Demented Elderly, etc. 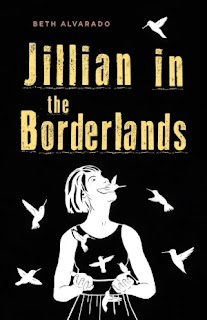 Instead of a linear plot, it was more like a prism. I was looking at a situation from various angles and as I came to the end of a section, I’d think: Okay, what needs to happen next? Never looking any further ahead than what the next character had to say, not worrying if it was ever going to have rising action or come to a resolution—and so I often ended up surprising myself.

And, to paraphrase Flannery O’Connor, if the writer is surprised, so will the reader be.

The stories ended up being driven by the voices of the characters and not by plot points. I think my aversion to plot was philosophical because plot, to me, implies cause and effect and, in my view, the universe is more random than that. I don’t see my characters as actors so much as acted upon, as responding to forces that are largely out of their control—which is not to say they are helpless.

Q: Over how long a period did you write the stories in the collection?

A: Ten years, because I was also working on a book of essays. In 2010, when I wrote the first story, SB1070, the anti-immigrant law in Arizona, had just been passed. By 2019, when I finished the ninth, the U.S. was separating children from their parents at the border and putting them in detention camps.

I am describing, of course, the social context of the stories rather than their content—but those are the forces that were exerting pressure on my characters’ daily lives. I had to find ways to make the political realities surprising and moving—even magical— so that the book wouldn’t become didactic or predictable.

I wanted the stories to be as layered and nuanced as all of our lives are. In some ways, this book strikes me as the most deliberate thing I’ve ever written, but it was also the most spontaneous. Because I had the structure and the grounding in reality, I was free to let my imagination go wild.

Q: How would you describe the relationship between Jillian and her mother, Angie?

A: I never really thought about their relationship as I was writing, which is odd, I guess. I was always most interested in exploring them as separate people who loved each other but had very different relationships to the world.

Angie is certain she’s always right. She also is fiercely protective and believes she can remake the world for Jillian. Of course, because Jillian cannot speak, she is subversive. They don’t ever have conversations and dialogue is usually what you use to reveal characters’ conflicts with one another.

There are some natural tensions between them. Jillian mostly ignores her mother, perhaps out of self-defense. Angie cannot “hear” Jillian’s thoughts—although it turns out Jillian’s long-lost father and a few other characters can. Angie can interpret Jillian’s drawings—although who knows if she does so accurately?—and she believes, absolutely, in Jillian’s talent.

They seem to accept one another’s flaws, which is maybe unusual for mothers and daughters?

There’s mutual caregiving going on. Angie gradually becomes less controlling—of course, she’s been cured of her fears by Juana of God by then—and Jillian, who has always been headstrong, takes the lead, expecting her mother to do whatever she needs her to do. I suppose that is a kind of role-reversal?

A: When I first started writing the stories, I was obsessed with how dangerous the world is for girls and young women. In the first paragraph, I write that the story takes place in the desert “where bureaucrats ban books and brown skin and birth control. . .[and] where the bodies of dead girls are sometimes abandoned in alleys. . . Such was the climate and the atmosphere.”

As a result, the book is dark—but it’s also funny and spiritual and fierce and unflinching. This is a world of people, primarily women, who are trying to protect one another and, along the way, magical things happen—among the living and between the living and the dead.

The whole time I was writing it, I was reading the news almost obsessively. I was doomscrolling before the word was coined and then creating the stories as an antidote. I think this is why so many people are writing fabulist and speculative fiction: as a way to “tell the truth, but tell it slant.”

A: Right now, again, I have two projects going. One is a series of lyrical essays on travel, literature and art, and daily domestic life while I’m sheltering in place. The other, which is on the back burner, is a draft of a nonfiction book that I am considering revising as a novel. We’ll see.

A: Oh, I feel I have already gone on for too long. I thank you for the questions—they were provocative—and for the opportunity to talk about my work. And for including me in your wonderful blog!