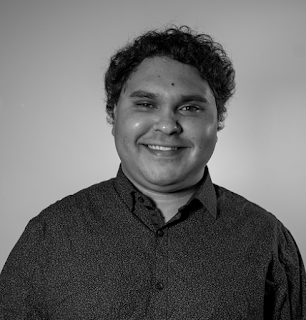 Gary Lonesborough is the author of the new young adult novel Ready When You Are. A Yuin writer, he is based in Sydney, Australia.

Q: What inspired you to write Ready When You Are, and how did you create your character Jackson?

A: I was inspired to write Ready When You Are after reading Simon vs The Homo Sapiens Agenda by Becky Albertalli. Reading that book made me realise I hadn't read any stories like it that featured an Aboriginal gay protagonist.

I had written a short film script years earlier which was a very different story, but centred around a hidden gay romance between to Aboriginal boys in a small community, so I decided to revisit that script and began to think I might have a novel there.

The character of Jackson started as the mysterious love interest and Tomas was the original protagonist. At some point, I began to look at the story from Jackson's perspective and realised he was very much inspired by my own experience as a closeted gay Aboriginal teen.

While we are different in nearly every aspect, all the thoughts and feelings and fears Jackson has were all the things I felt as a teen and I really wanted to articulate them through Jackson.

Q: In your Author’s Note, you write, “Racism is very prevalent towards First Nations people in Australian society...and therefore is prevalent in this book.” What do you hope readers take away from this aspect of the novel?

I hope for readers who are non-Indigenous, that they feel they understand and can empathise with the experience of growing up Aboriginal or marginalised a little better after reading my book. 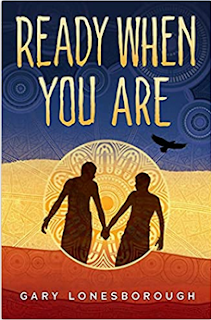 A: The book had a number of different endings throughout the drafting process. Tomas was the protagonist for the first few drafts, so the story ended very differently when that was the case.

But I knew I wanted to end the story in an imperfect way that still brought a smile to the face of the reader and made them feel hopeful for the characters’ futures.

The only other ending I explored for the Jackson-version was very similar to the current ending, except for little differences.

A: The novel was released in Australia as The Boy from the Mish. The title Ready When You Are came from a short period of brainstorming and sharing ideas with editor David Levithan.

I don't remember exactly how we settled on Ready When You Are, but I do know that when I thought up that title, it felt very right for the story and for Jackson and Tomas's journeys.

To me, it means accepting yourself and understanding your identity is something you do on your own time, but for Jackson and Tomas, they don't have to go through that journey alone anymore because they've found each other. They aren't going to rush each other, but when one is ready, the other will be too.

A: I’m currently in revisions for my second young adult novel. It's very different to Ready When You Are, and it doesn't have its final title yet, but I'm very excited about it.

I can say that it’s an exploration of the experience of an Aboriginal teenager who is caught in the machine that is the juvenile justice system and the out of home care system, while also dealing with reconnecting with family, working through trauma, and facing the consequences of their decisions.

A: I am also working on a middle-grade fantasy centred around a cast of Aboriginal kids going on an adventure in a new world, and I'm very excited about it!