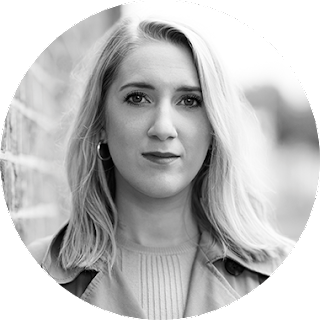 Stacey Halls is the author of the new historical novel Mrs. England. Her other books include The Lost Orphan, and her work has appeared in a variety of publications, including The Guardian and Stylist. She is based in London.

Q: What inspired you to write Mrs. England, and how did you create your character Ruby May?

A: There were two distinct inspirations for Mrs. England. A few years ago coercive control, which is a form of domestic abuse, was classified as a crime in the UK, and that stuck in my mind as something I’d like to write about in a historical context.

The second was the setting. I grew up in Lancashire in the north of England, not far from the Yorkshire border and Bronte country. There is a beautiful place in the Calder Valley called Hardcastle Crags, which is like a secret woodland with a river and a 19th century mill at the heart of it, and I wanted to write a story set there.

As the story gradually came to me - a portrait of a toxic marriage in this otherworldly, isolated setting - I had the idea of writing it from the point of view of a nanny.

Nannies have always intrigued me, as they are separate from the family yet an integral part of it; neither family member nor servant. I thought it was an interesting position to occupy within a household.

In the book, Ruby is referred to as Nurse May, as the term nanny was not used widely until the 1920s.

Q: Why did you decide to include the Norland Institute, and how was it viewed in 1904?

A: Norland College is a nanny school here in the UK, founded in the 1890s. It’s very prestigious and the nannies wear a famous uniform that makes them instantly recognisable - Mary Poppins was supposed to have been inspired by a Norland nanny.

I first became aware of the college when Prince George was a baby and was often pictured with his Norland nanny in her fawn-coloured dress, hat and gloves.

Once I read up about the college I wanted to make it a part of the book, as it was such a revolutionary place in its infancy: it was the first educational establishment to offer formal training and a qualification for childcare in the UK. 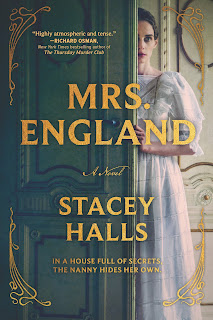 This was surprising, as women have been working as nannies and nursemaids for centuries; the profession was just not validated.

In 1904 the Norland Institute, as it was known then, was the ultimate in terms of status and reputation for middle-class families: everyone wanted a Norland nanny. They were employed all over the world by some of the wealthiest families, including the Rothschilds in the US, the Cadburys in the UK, and the Greek and Russian royal families.

Q: The novel is set primarily in West Yorkshire, and the Publishers Weekly review of the book says that “the treacherous landscape of raging rivers, craggy hillsides, and deep, dark woods create an eerie atmosphere and add to the heart-stopping conclusion.” Can you say more about how important setting is you in your writing?

A: Setting is everything for me: if I can’t see exactly where the story takes place I can’t write it. Where my books are set, the topography of the place and the atmosphere is the cornerstone of my writing.

It’s more important even than character: I know I will always be able to pull a character out of thin air, but I can’t with setting. It’s usually somewhere I’ve been or been inspired by.

I moved to the location Mrs. England is set, Hebden Bridge in West Yorkshire, though it isn’t named in the book, to get a feel for the place: the weather, the mood, the landscape.

It was my first time writing a novel as a full-time writer, and I was able to go walking in the famous Yorkshire landscape when I wasn’t writing, exploring the moors and forests and often not seeing anybody at all for hours. In the four months I stayed in Yorkshire I covered more than 400 miles.

A: I always know how my novels will end, and this was no exception. I don’t start writing until I have the rough sketch of the beginning, middle and end in my mind or on paper. My books always change from draft to draft, often not significantly as I plan them before I begin, but the first and fourth drafts are often very different.

A: I’m writing my fourth novel, which is set in Victorian London and was inspired by something I came across in Claire Tomalin’s majestic biography of Charles Dickens.

A: A little nugget on the entomology of the surname England: I wanted the novel to have an eponymous title, in the vein of Rebecca, Jane Eyre and My Cousin Rachel, and thought the Mrs. title would work well, but I needed a surname.

The name England came to me as I was daydreaming, and I liked it because it reminded me of “Miss World” or “Miss Universe” - as if it represented more than just one woman.

I immediately looked up the origin of the surname, and got goosebumps when I read that it originated in Yorkshire, and means “secluded place beside a fast-flowing river,” which describes the setting exactly.