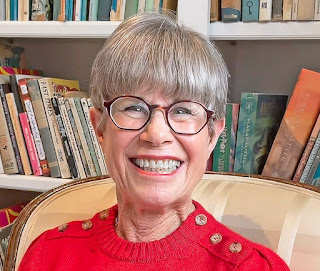 Susan Salenger is the author of the new book Sidelined: How Women Manage and Mismanage Their Health. She lives in Northern California.

Q: What inspired you to write Sidelined?

A: I wrote Sidelined: How Women Manage and Mismanage Their Health out of a personal experience I had where I chose to undergo surgery that I was almost positive I didn’t need.

It turned out I was right - I didn’t need it - and, as I thought about it afterward, I wondered why I had agreed to it so readily.

I talked with over 40 women who, much to my surprise, had also made medical decisions that they wished they hadn’t made. I wondered what leads women to make decisions they later regret.

Q: Marriage and family counselor Janet Constantino said of the book, “Women continue to be patronized, our issues still sometimes considered emotional and hysterical rather than physical and substantial. Sidelined is a wake-up call to advocate courageously and confidently on our own behalf.” What do you think of that assessment?

A: I think it’s entirely accurate. Even today, women continue to be patronized by some in the medical community. Our bodies are devalued and often misunderstood. I believe that’s partly because women’s issues generally receive less funding than men’s.

Prostate cancer, for example, receives more research dollars than ovarian cancer, cervical cancer, and uterine cancer even though they lead to more fatalities. As a result, women’s bodies and symptoms may be less well understood.

Additionally, unconscious gender bias still exists in the medical community. Heart attacks in women are still often missed and women may receive a stress diagnosis rather than a cardiac one.

Some doctors are still less likely to take a woman’s pain seriously and more likely to characterize it as emotional.

In The Kingdom of the Sick, Laurie Edwards, a health writer and patient advocate, reports that 45 percent of patients with autoimmune disease were labeled as chronic complainers. The resulting delay in diagnosis led to organ damage in some patients due to lack of treatment.

And, finally, a recent issue from New Scientist magazine reported that even today, women are still turned away with a shrug and told that their problem is “all in their head...”

Women face longer delays before getting a diagnosis and are less likely to have their condition classified as urgent in hospitals or to be offered certain kinds of pain relief.

The problem with receiving a diagnosis of stress is that it feeds into the problem some women already have of minimizing and mistrusting their symptoms to begin with and blame themselves for just complaining.

So if we’re told our symptoms are psychological, due to stress, we are less likely to ask for a second opinion since it confirms what we thought in the first place. 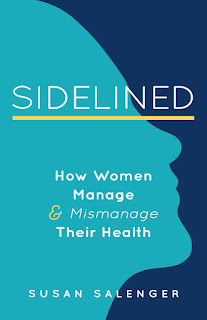 It’s been hundreds of years and women simply can’t seem to escape the idea of the wandering uterus that meanders up to our brain and causes all sorts of peculiar behaviors. It’s important to recognize that this is still going on so that as we make our medical decisions, we don’t do ourselves a disservice.

Q: What would you say are some of the most common mistakes women make when dealing with their own health care?

A: They are not priority #1: Women put themselves (and their health) second. We’re all so busy taking care of our families that we tend to put our own health last on our to-do list.

We worry too much about being nice: Women hesitate to get second opinions. We don’t want to hurt our doctor’s feelings or be rude. Plus, we may feel we don’t have the time or resources to double-check our diagnosis.

It’s my fault that this happened: My most surprising discovery was how many women feel their illness is caused by stress and their inability to manage it. They’re ashamed and believe that illness is a public acknowledgment of their difficulty (and failure) in managing their lives.

Women talk differently to doctors than men do: Women and men communicate differently with their doctors. Women describe their physical symptoms and also their emotional ones. They try to give doctors the full picture. Men are more succinct, more technical. They try to keep a stiff upper lip and don’t want to “act like a baby.”

The problem is that women’s communication style can sometimes lead to a psychological diagnosis rather than an organic one. So many times, even today, women are told (and believe!) that  their symptoms are “all in their head.”

We may only look at half the picture: Sometimes, some women “forget” that their illness and recovery may have emotional symptoms. We’re often so focused on getting some physical relief that we ignore the emotional side of illness.

Pharmaceutical ads target women: Women make 80 percent of all healthcare purchasing decisions. So most ads are designed to appeal to women. Even though we often don’t comply with our doctor’s instructions (20 to 30 percent of all prescriptions are never filled), we’re prescribed more pills than men are.

Q: What do you see looking ahead when it comes to women's management of their health?

A: I hope to see women proactively put themselves first. Even when on an airplane, they tell us to put on our own masks before we help our children. We have to make ourselves and our health our first priority so that we can support those we love.

Second, I hope more women will recognize that their illness is not necessarily their fault, that illness is frequently random. For example, while it’s true that smoking can cause lung cancer, there are people who have lung cancer who have never smoked. The randomness of illness is out of our control.

Third, I hope more women will get second opinions, particularly when the diagnosis is serious and the treatment is invasive. Diagnoses can be tricky. It’s important to be sure your diagnosis is accurate before beginning an invasive treatment for a disease you’re unsure you have.

Last, I hope men and women will be treated more equally by the medical community. I hope that women’s symptoms will be seen more clearly and taken more seriously.

A: Right now, I’m developing additional content with a variety of health tips. So far, I have a worksheet with some general health tips and a second one with some tips on how to relieve stress. I offer them for free on my website, susansalenger.com.

A: It’s really important that we all live our life. At 79 years old, I am releasing my first book. I am a mother, grandmother, author, powerlifter, etc. This experience 30 years ago brought me here. I wish the same for your readers. Turn something that you felt was a lemon into delicious lemonade.