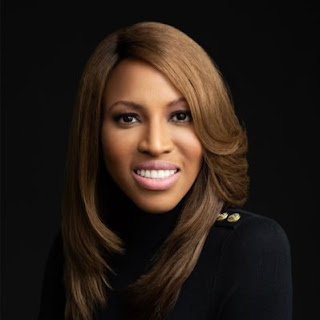 Zain E. Asher is the author of the new family memoir Where the Children Take Us: How One Family Achieved the Unimaginable. She is an anchor for CNN International, and she's based in New York.

Q: The Kirkus Review of your book calls it “a wholly inspiring portrait of an extraordinary immigrant family.” What do you think of that description, and why did you decide to write this memoir focusing on your family, particularly your mother?

A: I decided to write the proposal shortly after my first son was born. I always had deep respect and appreciation for my mother, but it was only when I became a mother myself that I began to understand the magnitude of what she did.

She was pregnant with three children when my dad died. We lived in a South London neighborhood where poverty, crime, and violence were prevalent. She was robbed multiple times at the small pharmacy where she worked. And her closest family and friends were 4,000 miles away.

Despite all that, she somehow made us become our best selves. We had so many legitimate reasons to give up, but because of her, my siblings and I have surpassed every possible expectation for a family in our circumstances.

I am an anchor at CNN, my brother is an Oscar-nominated actor, my sister is a doctor, and my older brother is a successful entrepreneur.

My mother refused to let tragedy define us. She plastered newspaper clippings of Black success stories over our walls to show us what we could achieve.

When my brother decided to pursue acting, she taught herself Shakespeare to push him to be better -- even though she had barely graduated from high school.

She also held late-night study sessions almost every night to teach me subjects months before they were presented in class. And she devoted every spare cent to our education, even if it meant we didn't have heat in the house.

Our lives today are a direct result of our mother’s relentless sacrifice. I hope that the totality of our story -- and my mother's truly incredible journey -- will help inspire others going through difficult times. Our story is proof that our struggles can bring out the best in us.

Q: Can you say more about your relationship with your mother, and the impact she’s had on the lives of you and your siblings?

A: It's impossible to understate the impact my mother has had on our lives. Everything we have achieved is directly because of her. You'd never know it looking at her now -- she might seem unassuming or even shy from the outside -- but she is a true force of nature.

I just think about how she didn't give up that Sunday in September 1988 when she got the phone call: Your husband and your son have been involved in a car crash. One of them is dead and we don’t know which one.

She soon learned that her son was badly injured and her husband, the only man she had ever kissed, was gone forever. The grief nearly swept her away, but she fought through it -- and did so much more.

As a single mother working six days a week, there were no wasted moments together when I was young. She spent every minute she could working to ensure my siblings and I were not defined by the tragedy we shared. That meant tough love, discipline, and a serious emphasis on academics.

There will always be an emphasis on achievement and discipline in our family, but things are a lot more relaxed today. I talk to my mom almost every day. We laugh together. We cry together. We talk about our futures, the things we still want to do. 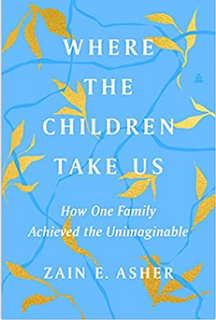 She's also obsessed with her grandchildren. In fact, she spent three months living with me and my husband after each of our sons was born. There is no limit to the sacrifices she is still willing to make for her family. With her, it has always been that way. She's a brilliant example.

Q: Did you need to do any research to write the book, and if so did you learn anything especially surprising?

A: I was only 5 years old when my father died, so I had to do a lot of research to tell this story well.

I interviewed dozens of people who knew my family over the years. I tracked down my dad's high school friends, classmates he met while studying in Mexico, extended relatives and family friends. I also spoke to people who were in the hospital the day he died.

For the chapter on Biafra, I spoke to several Nigerian professors and read everything I could find about the country's bloody civil war that erupted just after my teenage parents met.

For other chapters, I also interviewed each of my siblings several times to mine every detail I could about their experiences. And I can't even count the number of times I interviewed my mom. She actually set time limits on our discussions because they were sometimes so painful for her.

I got to know my family at a much deeper level through this process, to understand the depth of their struggles, their ambitions and how they see the world.

This is especially true of my dad. I was so young when he left us that I can barely remember him. But everyone I spoke to had such beautiful stories about how he had affected their lives, the things he said, the way a room felt so empty when he left because he was so full of life. It was such a gift to get to know him better.

I know this book will help inspire others, but honestly, it has already done so much for me.

A: On one level, I want people to recognize my mom for the quiet hero she is. At its core, this book is a love letter to her.

But more than that, I want to give people a glimpse into the often-overlooked world of Nigerian culture and parenting, which by most objective measures is a smashing success.

Our country certainly has flaws, but as I write in the book, Nigerian immigrants have sent armies of successful children to every corner of the world. We represent the most educated immigrant group in the United States, a disproportionate percentage of Black students at Harvard, and we are emerging as superstars in sports and culture.

I want to reintroduce Nigerians to the world, and I also want to share the village ways that underlie our success.

Maybe most of all, I want people to find hope in my pages. I have come to believe that I am my best self today because of my struggles, my failures and my pain -- not in spite of them.

A: Well, my day job keeps me extremely busy. I host One World with Zain Asher five days a week on CNN International. I’m extremely proud of the work we do.

My show was created specifically to strengthen news coverage out of Africa, which so often is stereotyped or ignored altogether. My show isn't solely focused on the continent, but you'll often see me sitting down with African presidents or business leaders in addition to covering the biggest news in the rest of the world.

I'm also raising two boys under the age of 5, which is a full-time job unto itself. And, finally, I'm also having some early conversations about potential new projects, which might be another book or even a movie. I love my life, but I've never been one to rest on my laurels. There's much more to come.