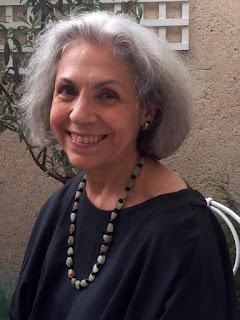 Lynn Garafola is the author of the new book La Nijinska: Choreographer of the Modern, a biography of Bronislava Nijinska. Garafola's other books include Diaghilev's Ballets Russes. She is professor emerita of dance at Barnard College, Columbia University.

Q: What inspired you to write a biography of choreographer Bronislava Nijinska?

A: I first became interested in her while researching my first book, Diaghilev’s Ballets Russes. This was the celebrated company founded by Serge Diaghilev in 1909, of which she was a charter member.

However, I barely knew a thing about her, because the history of the Ballets Russes in these years was dominated by the myth and legend of her brother, Vaslav Nijinsky, the century’s first male superstar.

And after him there were others – young men transformed by Diaghilev into star dancers and choreographers. There was hardly a word about Nijinska in the books I read: it was as though she didn’t exist, although she had choreographed several ballets for the company in the 1920s.

And then came the revelation. In 1981 her volume of memoirs was published. It didn’t tell the whole story of Nijinska’s life, but stopped when she was 25. But to me it was like reading a novel of Tolstoy.

It began with her parents, who were born in Poland but danced throughout southern and western Russia. Nijinska was born in 1890 in Minsk in what is today Belarus; her brother Vaslav the year before in Kyiv.

Eventually, they settled in St. Petersburg, where the children attended the Imperial Ballet School and became ballet dancers, then left Russia to dance with the Ballets Russes, where they threw themselves wholeheartedly into the adventure of modernism.

The success of Nijinska’s Early Memoirs was followed by the staging of her most important works. The first time I saw Les Noces – “The Wedding” – was when it was produced by the Oakland Ballet. I flew out for a performance-packed weekend (four performances in three days!) and was overwhelmed by this ballet, which Nijinska had choreographed in 1923 to music of Stravinsky.

After that experience I was in Oakland for Les Biches – “The Does” or “The Darlings” – which Nijinska had staged in 1924. And then came Le Train Bleu – “The Blue Train” – named after the express that left Paris at midnight and delivered you in the morning to the Riviera. With its costumes by Coco Chanel, it was up-to-date and tremendously chic. So that’s how the book started!

Q: You write, “Overshadowed in life and legend by her brother Vaslav Nijinsky, Bronislava Nijinska had a far longer and more productive career, choreographing more than sixty original works in addition to dozens of dances in operas.” How would you describe the dynamic between the two?

A: Nijinska was devoted to her brother and enormously proud of his achievements. When they were in ballet school together, she helped him with his homework and wrote his compositions; she was a reader and words came easy to her.

She watched him in class, rehearsal, and performance, seeing how he prepared, how he immersed himself in a role, and personalized the movement so that it became a kind of second skin. She also studied with him, and here his drive for perfection seems to have had an element of cruelty in it.

For instance, he insisted that she wear soft ballet slippers even though a step might require her to be on full-pointe: he hated the boxed pointe shoes that women wear to support that.

When he used her to sketch the movements of his role in L’Après-midi d’un Faune, movements that had no precedent in ballet as it was then taught and performed, he lost patience with her when she couldn’t automatically reproduce what seemed to come naturally to his body.

Although Nijinska kept faith with Nijinsky’s goals as an artist, she bristled at his intrusions into her personal life.

He broke up her budding romance with Fedor Chaliapin, the great Russian bass, and expressed dissatisfaction when she married a company dancer claiming that she no longer wanted to spend time with him, although, as she rightly pointed out, he excluded her from his active social life with Diaghilev.

When she became pregnant, Nijinsky threw her out of the cast of The Rite of Spring, claiming that she was trying to “ruin” his ballet.

And she hated Emilia de Pulzsky, the social-climbing young Hungarian woman Nijinsky married in 1913, whom she regarded as a hindrance rather than an asset to Nijinsky’s career as an artist. 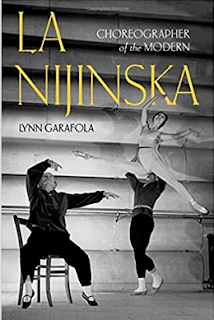 When World War I broke out in 1914, Nijinska was in Russia, where she remained until 1921. She spent most of that time in Kiev, where she danced at the City Opera Theatre and after the Russian Revolution opened her own “School of Movement.”

Here she taught and formed her first company of dancers, and also created her first modern-style works, including several that were abstract.

In later years she nearly always said that she had started the school to train dancers for the company Nijinsky spoke of founding after he left the Ballets Russes, but as she wrote in her diary, she also did it for herself, because she discovered that she really liked to choreograph and needed dancers who understood what she wanted.

When Nijinska left Soviet Russia in 1921, she went first to Vienna to visit her brother. The experience was heartbreaking. Her brother was very seriously ill with schizophrenia and gave no sign of recognizing either Nijinska or their mother.

He never danced again and never recovered, and the burden of his illness, which almost certainly had a hereditary component, weighed on her until he died in 1950.

By then, in her own mind, he could do no wrong, and in the memoir that she was beginning to write, and which she initially titled “My Brother Vatza,” the tensions between them were all ironed out. She remained his ever-loyal, ever-loving sister.

A: Nijinska was a pack rat, and although she had to abandon almost everything when she left Russia in 1921, she kept everything after that.

Her collection, which was sold to the Library of Congress in the late 1990s and catalogued a decade later, is huge.

There are letters, diaries, contracts, programs, published and unpublished writings, photographs, costume and stage designs, music, passports and legal documents for the entire family, her son’s report cards, her daughter’s artwork; scrapbooks with clippings covering her career on three continents. So Nijinska’s own collection was a major source of my research.

In addition, I read numerous memoirs and oral histories, and for her activities in the 1960s I did a certain amount of interviewing.

In fact, I spent the spring 2020 Covid lockdown corresponding and interviewing people who were part of the company in Buffalo, New York, where Nijinska staged several of her ballets in the late 1960s. She was nearing 80 at the time, but remained formidable, and they had vivid memories of her that they were thrilled to share.

One of the things that surprised me was how much Nijinska traveled to pursue her career and the long periods of time she spent away from home. Her mother, who lived with her, was the one who really raised Nijinska’s two children.

Although she felt enormously guilty about this, Nijinska never thought twice about accepting a job that required her to spend months away from her family in Hollywood, Buenos Aires, or London.

I was also surprised to see how much she wrote – coupled with how little she published. Some things she kept writing and rewriting: there were diaries that exist in three or four versions, all a little different and even with different titles.

I was surprised to discover how important teaching was, not simply because it was a way to make a living in between choreographic jobs, but because it was closely linked to her choreography; it was the workshop of her imagination, you might say.

Finally, I was surprised to learn that she had a series of ballerina-muses, virtuoso dancers whom she delighted in challenging technically and artistically – she loved powerful women who could stand alone (so to speak). Alicia Markova, Irina Baronova, and Rosella Hightower were a few of those ballerina-muses.

A: Her lasting legacy lies in two ballets that she created in the 1920s – Les Noces (1923), to one of Stravinsky’s greatest scores for dance, and Les Biches (1924), to sparkling music by Francis Poulenc.

These are highly sophisticated ballets that reveal her debt to 19th-century ballet aesthetics and her break with them, and each in a different way offers a comment on gender norms. Although the classical ballet language remained the foundation of her choreography, she felt free to distort and extend that language by using all kinds of other movements as well.

Another legacy are the dancers she taught and shaped through her choreography. Nijinska taught for more than 50 years, and in that time hundreds of dancers passed through her hands.

Most went on to become teachers, choreographers, ballet masters, and company directors in their own right, but because most of them scattered with the break-up of the Paris-centered Russian emigré world of the 1920s and 1930s, and because Nijinska herself traveled so widely, her impact is harder to assess. Virtually all the companies Nijinska created ballets for have disappeared, along with their works.

Nijinska herself was an exile twice over: first, when she left Russia for Western Europe in 1921, then when she left Europe for the United States in 1939. These displacements had a tremendous impact on her life, as they did on the lives of so many other people caught up in the cataclysmic events of the 20th century.

Nijinska’s third legacy is the fact that she persisted despite innumerable odds and what often seemed to be a stacked deck.

She was attacked because of her relatively benign politics vis-à-vis the Soviet Union, because she was “unfeminine,” because she didn’t play the ballerina game with the public, because many of her works challenged gender conventions.

She persevered despite everything – insolvency, family hardship, physical pain, unscrupulous reviews, ad feminam criticism, etc., etc. The very fact that she survived, insisting upon her identity as a choreographer and continuing to choreograph and restage her works until she was 80, was an act of heroism.

A: In the last six months I have written papers on women choreographers of the interwar period who are seldom connected and also on an all but unknown African American ballet teacher-choreographer in Harlem. I have another book project in the pipeline, but the contract hasn’t been signed, so I’m reticent talking about it.

A: This is a book I feel that I was almost destined to write. I am widely regarded as an expert on the Diaghilev period and early 20th-century ballet, but Nijinska has lived with me for decades.

I feel that I know her from the inside out. I know that she was brilliant, impossible, passionate about dancers and choreography, and an extraordinary artist and teacher. So, for me, this project is both about passion for a woman who has yet to receive her full due and the knowledge of the slights she endured again and again in her career.

At the same time, her story remains an object lesson for women choreographers who choose to work in ballet, and a cautionary tale of the ways that world can withhold full respect for their talents. Change is coming, but not quickly enough.