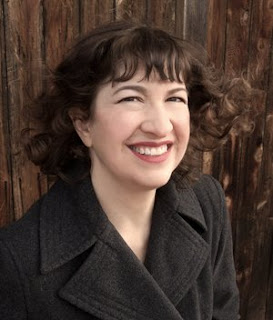 Erika Krouse is the author of the new book Tell Me Everything: The Story of a Private Investigation. Her other books include Come Up and See Me Sometime, and her work has appeared in a variety of publications, including The New Yorker and The Atlantic. She teaches creative writing at the Lighthouse Writers Workshop, and she lives in Colorado.

Q: What inspired you to write Tell Me Everything, and how was the book's title chosen?

A: Tell Me Everything arose from rejection letters. For decades, I submitted short stories to Granta, but they never made the cut. After another rejection, a Granta editor (Luke Neima) asked me to write a piece for their Mental States issue, because I had mentioned PI work in my cover letter.

I wrote an essay called "Comfort Woman," and they published it. But as I was writing the essay, I knew the story was too big for its container. I usually have an emptied-out feeling after writing something, but I had so much more to say this time that I only felt itchy and restless.

So I floated a proposal out there, Flatiron Books said yes, and we were off!

The title...boy, I suck at titles so much. Luckily, a writer in my writing group named Jennifer Sullivan pointed at a phrase in the text and said, "That's your title." She also helped a lot with my subtitle, along with other writers in my writer's groups, my editor Carolyn Bleeke, and her crew at Flatiron.

If I hadn't gotten help, Tell Me Everything would still be called "PI Book."

Q: The book has been described as a combination of memoir and true crime literature--why did you decide to combine your own personal and professional experiences in Tell Me Everything?

A: That was a difficult decision. I'm primarily a fiction writer (and shy), so I wasn't used to writing about myself, especially about something so personal.

But I was also tasked with writing about brave women who risked their safety, sanity, and futures to come forward and make change for everyone else. It would have been cowardly and maybe unethical for me to hide the fact that this was my story, too.

My history positively and negatively influenced my ability to do my job, and this was a historic case, the first-ever Title IX sexual assault case. If I was going to have the integrity to write about it, I had to be honest about my own role and past, as well as the ways I screwed up and acted questionably.

So I knew full transparency was best for the book. But I still second-guessed that decision every day, because I was scared! 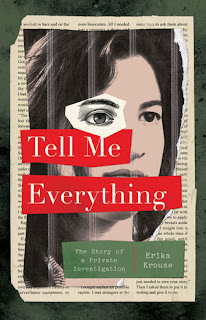 Q: The writer Michelle Bowdler said of the book, "In this book, it’s not that truth is stranger than fiction but, at times, more outrageous and maddening as we feel the risk of engaging in the criminal justice system with powerful institutions and the impact on victims of sex crimes, as well as those trying to work in their best interest. This book asks us all to reckon with the questions, at what cost justice and at what cost injustice?" What do you think of that description?

A: I think Michelle is brilliant, as is her description; I believe her memoir Is Rape a Crime? asks the same questions. And the answers are complicated.

Many stories (not Michelle's) portray a survivor breaking her silence and then she's suddenly empowered and healed, but the truth is that survivors are often brutally punished for coming forward.

Certain individuals and systems, including the criminal justice system and our education systems, often care more about the perpetrator's reputation (and their own) than the survivor's life.

But justice is about more than what happened in the past and how it's punished; it's also about the future protection of other also-innocent people.

So I really like the second question of Michelle's, at what cost injustice? Because the failure to prosecute these cases carries dangerous costs.

Q: What impact did writing this book have on you, and what do you hope readers take away from it?

A: I've always known why I was writing this book. I wanted to write a book that deeply explored all aspects of this important case, so other people might feel less alone. I also wanted it to be safe for anyone to read, but without glossing over the hard subjects.

And if I didn't get there, maybe something else in the story could engage readers: PI technique and lore, criminal investigation and true crime, Title IX law, sexual assault and recovery, college football culture, sex work, my personal story, mother-daughter strife, psychology/neuroscience, a love story...I threw a lot of spaghetti at the wall in the hopes that enough of it would stick.

And the book still has an impact on me, so I'm not sure if I know yet how it's all going to shake out. Sometimes I feel like one of those fainting goats that periodically keels over stiff-legged. And sometimes I feel like I'm walking differently in the world.

A: Tell Me Everything was part of a two-book deal, and the other book is a collection of short stories called Save Me.

When I signed the contract, I thought the collection was finished and ready to go after the memoir, but writing any book changes and improves you as a person and as a writer. So now I hate about a third of those stories and have to write new ones!