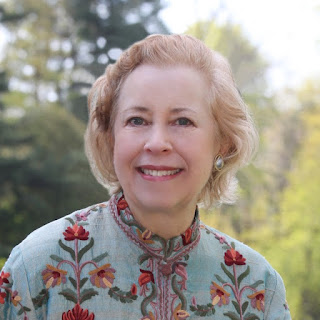 Roselee Blooston is the author of the new book The Chocolate Jar and Other Stories. Her other books include Trial by Family, and her work has appeared in a variety of publications. Also a playwright and actor, she lives in New York's Hudson Valley.

A: The eight stories in this collection span 20 years of writing. They include the first stories that I published in literary magazines (“The Marriage Plant” 2000, “Wind Chill” 2001), as well as previously unpublished stories written, and rewritten, in the past few years.

A: I thought a lot about the order of the stories and wanted to build a kind of emotional/tonal arc with a beginning, middle, and end to create a satisfying experience for the reader.

Its eight stories explore transgressions large and small, and the lingering power of past conflicts at the heart of everyday tensions and extraordinary ones.

The book intentionally begins with the title story, which is satiric, and moves to humorous “Marriage Plant,” and then into the romance of “First.”

The collection then shifts to the conflict between neighbors in “Next Door.” The sister and mother-daughter stories of “Spa Days” and “Mum” came next, because of their complementary themes.

I saw “Elephants in the Room” as the “climax” of the book due to its strong plot and echoes of conflicts in the previous stories––hence its penultimate position. I placed “Wind Chill” last, as the poignant denouement.

A: Even before I had finished writing all the stories, I knew that I would title a collection this way.

“The Chocolate Jar” was the first of my non-theater writing to be recognized by an award–– Notable Story in the N.Y. Short Stories Fiction Contest (2001) ––but it was never published. 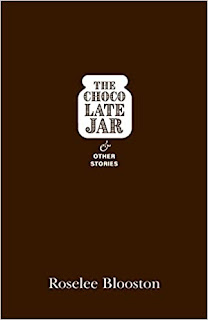 I also love that the image evokes delicious goodies, which I hope these stories are.

Q: The writer Ellen Prentiss Campbell said of the book, "The stories often teeter on the edge between satire and pathos, mixing bitter with sweet." What did you see as the right balance as you wrote these stories?

A: Each story demanded its own tone and style. For instance, the intra-office absurdity of “The Chocolate Jar” had to be written with bite and “First” demanded compassion––sweetness, if you will.

It was only in putting the collection together that I had to contend with how the stories would work off each other, though those considerations didn’t impact the writing. (I did, however, eliminate a couple of stories in an early draft of the collection, which didn’t sync with the whole.)

A: 2022 is a two-book year for me! My memoir, Almost: My Life in the Theater, will come out in late September from Apprentice House Press.

It deals with ambition, failure, and the drive to create in my decades-long journey––complete with international locales and encounters with Oscar winners––to become a professional actress.

The launch for that book will also mark my return to the stage in a Spalding Gray-like monologue run based on the memoir, at the Center for Performing Arts at Rhinebeck. Very exciting.

A: My books are available through Amazon, Barnes & Noble, Bookshop.org, Goodreads, and your local bookstore.

My publisher has offered to send a free copy to any library that requests one. Email me with those requests, and to stay abreast of my upcoming book events at: roselee@roseleeblooston.com.