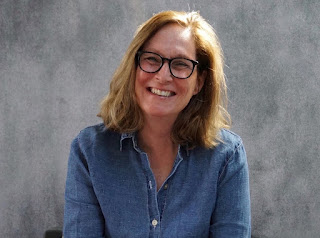 Randi Triant is the author of the new novel What We Give, What We Take. Her other books include the novel The Treehouse. She lives in Massachusetts.

Q: What inspired you to write What We Give, What We Take, and how did you create your characters Fay and Dickie?

A: When I was in elementary school, a classmate contracted polio despite the polio vaccine being available for many years by then. I always wondered why.

Then, as part of my graduate school thesis at Bennington College I wrote a short story about a boy with polio whose mother leaves him to entertain the troops during the Vietnam War. It was told only through the boy’s perspective.

One of my thesis advisors said the boy was fine but what about that mother—how could she abandon him? I knew then that it really was a novel.

Q: The author Claire Messud wrote of the book, “With a tenderness for life's misfits that recalls Carson McCullers, Randi Triant, in this remarkable novel, hauntingly evokes Fay's and Dickie's complexities, and those of the men and women who exploit, brutalize, nurture, and adore them.” What do you think of that description?

A: I was so incredibly honored, and grateful, that she read my book, let alone wrote what she did about it. I am such a huge admirer of her writing, from her first book, When The World Was Steady, to her most recent, A Dream Life, and all of those in between.

To have her say that my novel had “a tenderness for life’s misfits” meant the world to me as my fiction focuses on outsiders. And to compare me to Carson McCullers, well, I was just gobsmacked. The Heart is a Lonely Hunter is one of my favorite books. 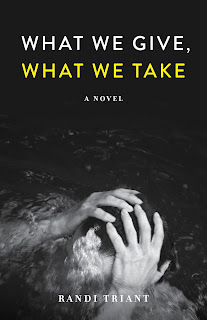 A: Before I started writing the novel’s first draft, I knew what would happen between Dickie, the protagonist, and his mother, Fay.

But I didn’t know about the character Spin, and how he would enter and disrupt Dickie’s life in the final part of the book. He suddenly started to appear when I went on my daily beach walk and kept hounding me.

For me, Spin is the hero of the story, so I’m very glad he did show up like he did. I’m not sure I could’ve finished the book if he hadn’t.

A: The title is a line from the novel. As an adult, Dickie thinks, “Even at four years old I saw what Fay would give and what she took.” He’s finally realizing how limited his mother was and how those limitations had consequences.

The title was actually a suggestion of my wonderful publisher, Brooke Warner. I loved it because it applies to everyone in the book and universally, how we survive. We all give something to others (and ourselves) during life, but we also take from them along the way.

A: I’m working on a novel about two women who were best friends as children and now as adults are estranged and are forced to go on a road trip together. I like to think of it as Thelma and Louise, but they don’t drive off the cliff.

A: I hope that anybody who reads the book takes away the message that no matter what happens, what life throws at us, however much we fail, we do have a second chance to start over again. And thanks so much for this interview.