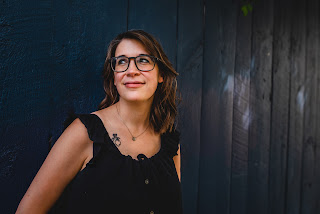 Katie Cotugno is the author of the new novel Birds of California. Her other books include the YA novel Fireworks, and her work has appeared in a variety of publications, including The Iowa Review and Mississippi Review. She lives in Boston.

Q: What inspired you to write Birds of California, and how did you create your characters Fiona and Sam?

A: I'd had the idea for Birds in my head for ages--my boy band YA novel, Fireworks, was originally conceived as a much deeper dive into the underbelly of teen stardom--but it wasn't until the beginning of the pandemic that I started working on it in earnest.

Fiona is definitely an amalgam of a bunch of different female celebrities we've put through the wringer, most notably Britney and Lindsay--while Sam is just kind of a lovable dirtbag, which is very much my romance hero sweet spot.

Q: The writer Taylor Jenkins Reid said of the novel, “Cotugno has made a name for herself rendering messy, honest, tangled love stories. But with Birds of California, she has outdone herself.” What do you think of that description?

A: In addition to being incredibly talented, Taylor is so kind! I always say that my personal brand is “messy, complicated, feminist love stories” (well, that and “attractive people making out”) and I'm delighted she thought so, too. 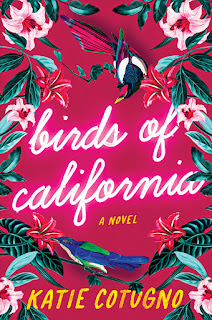 A: I don't think the novel necessarily has an agenda as far as fame is concerned, though it's definitely impacted Fiona and Sam's lives in very different ways, and their experience of it varies widely.

Birds does have a really strong point of view regarding our impulse as a society to put young, female celebrities in particular up on a pedestal for the pleasure of tearing them down later on. In case it wasn't clear: I think that's crummy of us, and I don't like it!

A: I had a pretty good idea of the beats of the story--I always work from a pretty detailed outline--but for me the whole point of writing is always to try and get wherever it is I'm going in a way that feels fresh and surprising, both to the reader and to myself.

A: My next YA, Liar’s Beach, comes out in 2023--it's a loose retelling of Agatha Christie's first published book and features a brash, brilliant amateur detective named Holiday Proctor.

Holiday is one of the most fun, refreshing characters I've ever written, and I'm so excited to be returning to YA while doing something completely different--a twisty, turn-y mystery--than I've ever done before.

A: I'm so excited to be doing in-person events for Birds of California in both Boston and LA, but if you don't live anywhere near either of those places you can also catch me virtually in conversation with Taylor Jenkins Reid on May 24 through Barnes & Noble in Union Square--you can find more details at BN.com.