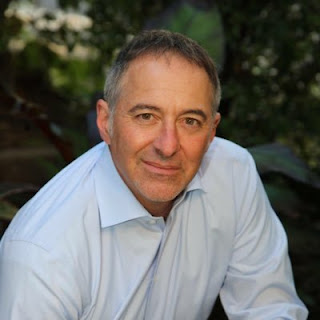 Matt Richtel is the author of the new book Inspired: Understanding Creativity: A Journey Through Art, Science, and the Soul. His other books include An Elegant Defense. A reporter for The New York Times, he is based in San Francisco.

Q: Why did you decide to write Inspired, and how would you define creativity?

A: This started so personally.

Over the years, I increasingly have felt periods of profound inspiration. They have driven me to write a syndicated comic strip, a dozen books, many, many, many terrible songs. The feeling is irresistible. It’s almost like a calling.

I’ve gotten to know some amazing creators who have expressed a similar sensation. I wanted to understand it. What is this feeling? Where does it come from? What is the science behind it?

The further I got into this, the more my definition of creativity broadened. I think of it now as a combination of this impulse combined with execution.

Many definitions of creativity require the output to be original. But I hesitate on this word “original” because I tend to think that if someone responds to an authentic, personal impulse and then goes forward to create then the result has a kind of inherent creativity.

This is true of so many facets of life – cooking, music, art, business, technology, politics, and on and on and on. I also learned that so many little creations ultimately are not seen as particularly creative but they do become building blocks for bigger creations down the road.

Q: One of the people you focus on in the book is the singer Rhiannon Giddens. Why did you choose to write about her, and what does her story say about creativity and inspiration?

A: If you’ve not read about Rhiannon Giddens, this is your chance. She’s a prolific singer, songwriter, and performer.

She is, in many ways, the ultimate portrait of a creator. That’s because she didn’t just wake up one day and start creating from whole cloth. She went on a powerful journey to begin to hear her voice and become comfortable expressing it all while fighting urges and calls for her to change and tailor her creative impulses to fit a commercial vision of herself.

She could have been the next (insert name of huge pop star here). But she picked a path that honored her voice.

Furthermore, her authentic voice came from such a vivid place – a childhood and legacy partly defined by her family’s slave roots, by a multicultural upbringing and by a bunch of powerful influences that underscore a truth about creators: they are not one thing, not easily packaged or defined from the outside.

Rhiannon is a messy human, like all of us, and she is channeling that into great art.

As an aside, I confess that I was anxious to get a chance to talk to lots of great creators.

So I used this book as an excuse to get to some amazing ones: Yo-Yo Ma, Judd Apatow, David Milch, Steve Kerr (head coach of the Golden State Warriors), Richard Dawkins, and a range of really prolific fascinating characters from business and tech, etc.

Rhiannon provides a backbone to the story and science of creativity and they all help fill it out. 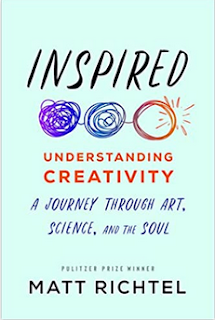 Q: What impact did writing this book have on you, and what do you hope readers take away from it?

A: What I take away from this book is that creativity is innate. It is, arguably, the defining characteristic of the human spirit. We create to survive, to progress, to distract, to endure, to self-soothe and promote.

We do it for a host of reasons that I understand now are based in science and that I’ve tried to illustrate. But the factor that connects all these ideas is that they are Darwinian in nature; creativity is an outgrowth of deep biology. Would you believe they can show that in a lab with microbes? Yes, it’s in the book!

So what? I mean: like, why does all this matter?

Because what I want readers to take away is that they have an impulse in them that is as basic as the spark of life itself. But for a whole bunch of reasons, we learn early in our lives to bury that impulse.

To point out just one reason: creativity is extremely scary, research shows. Creativity means change, and it means risk. Each of us, though, can learn to move past that risk and set free our muse. It feels amazing.

Q: The Kirkus Review of the book says that “the author stresses the importance of permission. Research reveals a surprisingly laissez faire attitude in parents of creative children who raise them with far fewer rules.” Can you say more about that?

A: In the world of creativity science, researchers refer to the “fourth grade slump.” This refer to a time in life when children begin to shut down their most creative impulses. Rather then speak freely about the ideas that flow through their innocent brains, they begin around this time to put rules around themselves.

They do this for all kinds of good reasons: as young people grow up and develop awareness of their surroundings and peers, they are afraid to look silly; but I think what’s more insidious is how parents often discourage creativity with all kinds of everyday, knee-jerk language.

I speak as a parent, so I know! We’re quick to set boundaries around everything – don’t run across the street, don’t pick your nose, etc., etc. – many for good reason and some just more controlling.

And if we’re not careful, we instill in our children the default that they should say “no” or be cautious before they say “yes” and venture forward.

The thing about creativity is that it requires a person to say yes, and to say it enthusiastically. Yes to an idea, yes to its possibility, yes to giving time or voice to an idea that might not work. That is risky. That takes permission.

A: A lot. For better or worse.

I’ve developed a huge passion for songwriting. There are weeks I write two songs. I wrote earlier that these songs are terrible. In fairness, they’re not *all* terrible. I’ve actually had the privilege to work with some amazing musicians on these songs. If Deborah (yes, you Deborah Kalb!) will allow, I could post one here.

I’m also working on some deep journalism about adolescence and adolescent mental health. Some of that is for the NY Times for a series that will launch soon.

Finally, I’ve got a piece of fiction finished. It’s a thriller called Directions To A Kill. Soon, my agent will take it to market. And we’ll see what happens to that little piggy.

A: I am deeply grateful that this site exists. It gives voice to books and writers and readers. So, thank you. And if you want to keep up the conversation, I’m at mattrichtel@gmail.com, and www.mattrichtel.com.