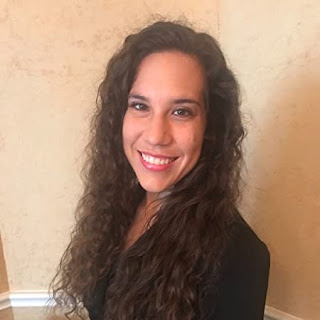 Ariel Slick is the author of the new novel The Royals of Sea and Song. Also the co-author of the Good Harbor Witches Mystery series, she lives in Texas.

Q: What inspired you to write The Royals of Sea and Song, and how did you create your character Rory?

A: Oh boy, this is a big question. The long story is that when I started off wanting to write a novel, I had no idea how to do it. I wanted to write a historical novel, since I’ve always loved writing historical fiction.

However, what happened was that I would spend hours and hours researching…and never actually sit down to write.

So I decided that it would be easier to write a fantasy novel, where I wouldn’t have to do any research, and I could just make up everything. (In the end, I actually still had to do a tiny bit of historical research, but it was manageable, and I learned to not get lost not seeing the forest for all the trees.)

I also have always loved fairy tales with a twist. I grew up reading everything Donna Jo Napoli wrote, and she was a huge inspiration. So I figured instead of re-inventing the wheel, I would re-write a fairy tale of my own.

Maybe it was because my name was Ariel, or maybe because The Little Mermaid is such a good fairy tale, I went with that.

Even though my novel was going to be fantasy, I still wanted to inject some amount of realism into it. Like, if another creature decided to “become human,” there would be some major “culture shock.” Also, he might have had a human body, but he wouldn’t have grown up learning and speaking the language.

As time went on, I drew a lot of inspiration from my own life. I decided to live and work in the Dominican Republic, so I channeled a lot of my frustration in learning a new language and “culture shock,” into the novel.

Plus, I was in an interracial relationship (still am), so I also drew parallels between that and human/mermaid interactions.

So it might be derivative to say that Rory was essentially a male version of Andersen’s Little Mermaid, but that’s how he started. I wanted a character whose flaw was “not listening.” Part of the point of the novel is that we need to listen to each other, different people, and different ideas. 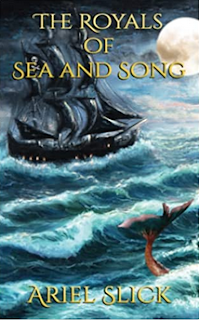 A: A good question. Kind of both. I knew that I wanted it to be a “happy ending,” but I also wanted the characters to go through some trials before they were finally together.

I knew Skelmis would be defeated, but I wasn’t sure how exactly. If another goddess simply killed him off, that would feel too “deus ex machina,” so it had to come from his character. All along, he just wanted a home.

And there were many changes, but mostly in the middle.

Q: How did you create the world where the novel takes place?

A: I wanted a world that was very similar to ours but different. To that, I essentially drew inspiration from the “Golden Age of Pirates,” so it’s kind of centered around 17th/18th century Europe. I still wanted the creative freedom of high fantasy, but enough similarities to the “real world” that the reader would recognize.

For the underwater realm, I basically sat down and asked myself what kinds of things we assume we need for “civilization” or “society.” The beauty of merfolk is that they’re not human. What would it be like to live in a society that didn’t care about money for money’s sake, or didn’t experience sexuality, or lived in small tribes of 50-100?

In the description, I also drew a lot of inspiration from living in the tropical island of the DR.

A: A couple of things. First, I am an avid lucid dreamer. There’s a scene where essentially Rory has a lucid dream, and I want readers to know that that’s actually possible. It’s not “magic,” though, but science.

It might be cliché, but it’s cliché for a reason: ultimately, we’re all connected. Every one of us, and whatever surface differences may seem to separate us, we’re all human, and we are more alike than different.

Plus, we are fundamentally connected to nature. The ocean is a huge connector, and we’re dependent on it for survival. If we keep abusing it, we’ll lose not only the beauty and majesty of it, but ourselves as well.

A: Well, I’m a ghostwriter too, so a couple of things. I co-author the Good Harbor Witches Mystery series, and so I’m currently working on Book 6.

In my personal projects, I’m working on a much more serious and “literary” novel called Crossroad Blues. It’s about a woman who sells her soul to the Devil to save her sister’s life in Louisiana during The Jazz Age.

A: If you’re a beginner writer and want to write a novel—just go for it. I told myself that my first attempt at a novel could be as bad, as cliché-ridden, as big a pile of trash/garbage dumpster fire that it needed to be; I just had to FINISH. That was the only goal.

If you’re serious about writing, just write 500 words a day. Or a sentence. There were many days when I wrote at the top of the document, “This is utter garbage, but it’s MY garbage, so I’m going to keep going.” And, as it turned out, it was better than expected.