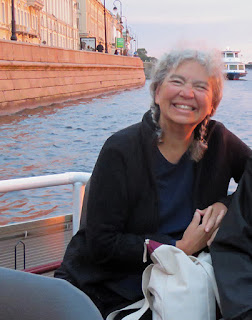 Donna Jo Napoli is the author, with David Wiesner, of Fish Girl, a new graphic novel for kids. Her many other books for children and young adults include Tales from the Arabian Nights, Take Your Time, and Dark Shimmer. She also is a linguistics scholar.


Q: You write that Fish Girl began with some drawings David Wiesner gave you. How did you come up with the idea for the story, and why a graphic novel?

A: I stared at David's drawings for quite a while, letting them sink into me. I often tell people it was like looking at random photos that had fallen out of someone's family album all helter-skelter and, without knowing who anyone was or what they had done, my task was to find the coherent thread.

I don't think the process is entirely conscious -- so it would be false of me to say that I saw A and connected it to B and then enveloped it in C. It was much more amorphous -- like feeling my way through a darkened room.

But some things were clear from the beginning. Here was a mermaid in a glass box. She couldn't stay there. That was untenable. She needed either the open sea or the human world.

And here was a man who was "in charge" of her. He had to know that the situation was untenable. Yet he kept her there. So his psyche was complex and difficult.

Why a graphic novel? Well, if it had been a picture book, David would have done it himself. He doesn't work with other people on picture books. 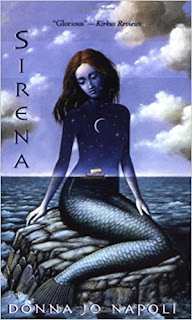 But he could see this as tugging at topics for older children -- and we had been friends for years -- maybe 20 years -- and he knew I had written a mermaid novel (Sirena -- a young adult novel with Scholastic 1998 -- you can find it on Kindle now) so he thought I might be interested.

And, of course, I was. The chance of working with a genius is not something to give up. So we drew on the best that each of us had to offer -- the illustration art and the older narrative.

Q: How do you see this story fitting in with more traditional legends about mermaids, and what is the balance you sought between mermaid legends and a more modern setting?

A: My YA Sirena is about a mermaid in the world of Classical Greece. Fish Girl is totally different. This is a modern setting all the way. 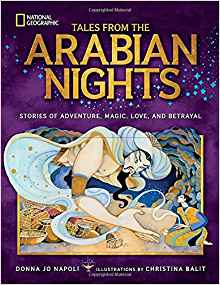 I did not strive for any sort of balance between past and present ideas of mermaids. I simply accepted the one magic foundational block -- that a mermaid exists -- and I followed it from there in a logical way, a realistic way -- using modern sensibilities.

It's the captivity that drew me -- the brutality of a relationship in which one has so much power over another. That recognition of brutality belongs to the modern sensibility and that situation is metaphoric of so many others in our modern world.

Q: How did the two of you collaborate on the story once you got started? 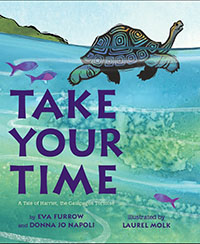 A: David gave me that little pile of drawings. I wrote the manuscript. Then he laid out the entire book. At that point we could see that some scenes had to go because the book was over 300 pages long and would cost far too much, given that David likes to work with a full palette of color.

At that point we began really negotiating the book, scene by scene, side-by-side. It was marvelous.

A: No. I love writing everything. There are different challenges in different genres and all of them interest me.

A: I'm finishing up a book called Hunger (with Simon & Schuster). It begins in autumn 1846 in the west of Ireland -- so it's one year into the great potato famine.

It's a middle grade novel, and it ripped me up inside to write it. In this day and age when so many people are emigrating because of horrendous situations in their homeland, immigration is on everyone's mind.

I chose to honor the Irish situation because it is familiar to many in America who somehow have lost sight of how painful emigration can be and how much the world needs to support both those who emigrate and those who choose to stay behind and rebuild the homeland.

A: I have loved graphic novels all along, but I never expected to write one. I am simply not a visual person. But David drew me into this and he taught me an enormous amount about the play back and forth between words and images.

I have no idea if this new appreciation will really show in my work -- but it is definitely in my head.