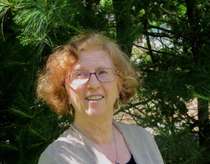 Deborah Kops is the author of the new young adult biography Alice Paul and the Fight for Women's Rights. Her other books include The Great Molasses Flood and Were Early Computers Really the Size of a School Bus?. She lives in the Boston area.

Q: Why did you decide to write this biography of Alice Paul?

A: When I was doing research decades ago for a short book for middle-grade children on leaders of the woman suffrage movement, I learned about Alice Paul’s brilliant fight for the ballot.

In 1913, when she was 28, she reignited the sleepy suffrage movement in the United States, beginning with a parade in Washington before President Woodrow Wilson’s inauguration.

Paul was big on pageantry, so there were floats and an unforgettable herald, Iris Milholland, who rode at the front of the parade on a white horse.

When the United States entered  World War I in 1917, Paul and the National Woman’s Party, which she co-founded, came up with ingenious ways to remind the nation that while American soldiers were fighting, in the president’s words, to “make the world safe for democracy,” American women couldn’t vote.

They picketed the White House with increasingly provocative banners and when Paul and other party members were sent to jail, they went on hunger strikes.

A congressman from Arkansas compared Paul and her militant sisters to grains of sand that the wind blows into your eyes. You just have to get rid of them!

Without the constant pressure from the Woman’s Party, Congress probably would not have passed the amendment in 1919; it would have taken even longer.  (The Nineteenth Amendment, which gave women the vote, was ratified by the states the following year.)

The other thing that drew me to Alice Paul was that in the early 1920s, she wrote the Equal Rights Amendment, which would have made all laws that discriminated against women unconstitutional. 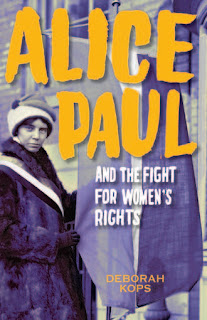 For decades she lobbied Congress to pass the amendment, and she lived long to see a new women’s movement rise up in the late sixties and make the passage of the ERA its rallying cry.

A: I was surprised to learn that before the 1913 march, Alice Paul, who was afraid of no one, allowed herself to be bullied by racist white women who said they would not participate if black women did.

So Paul asked the 22 founders of a new sorority at Howard University, Delta Sigma Theta, to march with other African-American women in the back.

But the sorority had the last word. On March 3, 2013, it marked its hundredth anniversary and that of the historic suffrage event with the Delta Centennial Suffrage March. Thousands of feminists joined them in Washington.

Another surprise, a much better one, was Paul’s role in adding the word sex to Title VII of the 1964 Civil Rights Act when it was moving through Congress. I was working at a favorite cafe when I discovered this, and I remember getting goose bumps.

Title VII as drafted made it illegal for employers to discriminate against someone on the basis of race. Paul lobbied to have the word sex added to the amendment, and two key members of Congress—Howard Smith and Martha Griffiths—went to bat for it (though some suspected Smith of using it to try and sink the Civil Rights Act).

This one-word addition to Title VII made it illegal to discriminate against women in the workplace. Title VII remains a powerful legal tool that helps women fight inequality. 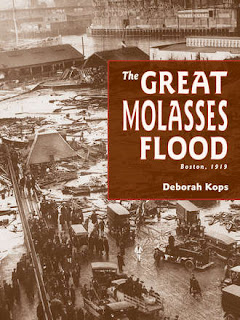 Q: What impact did Paul’s Quaker upbringing have on her life and her activism?

A: Paul grew up surrounded by a community of Quakers who believed that women should have the right to vote. Her realization, when she was an adult, that many people in the United Kingdom and the United States opposed woman suffrage came as a shock. By the time she was 28, she had decided to make woman suffrage and then women’s rights her life’s work.

There was one more thing that her Quaker background taught Alice Paul: to be comfortable with silence, which is characteristic of Quaker meetings. During discussions at the National Woman’s Party headquarters, Paul was often the quietest, which may have contributed to her effectiveness as a leader. Everyone waited for her to speak.

Q: How would you describe the dynamic between Paul and President Woodrow Wilson?

A: It was adversarial right from the start, when Woodrow Wilson arrived at Washington’s Union Station before his inauguration and found it disconcertingly quiet because so many people were on Pennsylvania Avenue watching the suffrage parade. Wilson much preferred dealing with the leaders of the more moderate and less provocative National American Woman Suffrage Association.

As for Alice Paul, she had this to say about Wilson in an interview for an oral history project: “He was a nice type of man to have as your adversary because you could be pretty certain of what he would do.”

Q: You begin the book with a description of a protest Paul undertook in 1917. A century later how would you describe Paul’s legacy? 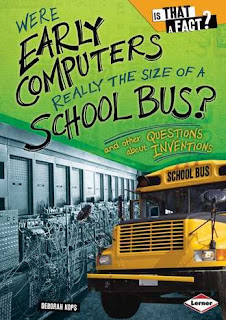 A: She was a great model for today’s activists. Paul and the National Woman’s party that she led demanded the vote—they didn’t beg for it. And when men with power tried to suppress them, they persisted. Many commentators heard echoes of the historic 1913 parade in the marches that took place on January 21 in Washington and around the world

The Equal Rights Amendment continues to inspire women who are agitating for a level playing field. Nevada seems to be in the process of ratifying it 45 years after Congress passed the amendment, even though it is long past the deadline for ratification.

Finally, the sex amendment to Title VII of the 1964 Civil Rights Act, which Alice Paul had lobbied for so successfully, continues to benefit women.

As Louis Menand wrote in The New Yorker, Paul, Smith, and Griffiths “gave women the handle to the door to economic opportunity, and nearly all the gains women have made in that sphere since the nineteen-sixties have been made because of what they did.”

A: A YA novel set in the 1970s in Vermont, when young people who identified with the counterculture were moving into the state and shaking things up.

One more thing: Most of the members of the National Woman’s Party, including Alice Paul, considered themselves proper ladies. So when they appeared in public, they almost always wore hats—even, or maybe especially, when they held up banners that were insulting to the president. (Paul favored purple ones.)

Women often secured their hats with hat pins, which could double as a weapon. When an unruly crowd mobbed the women marching in the 1913 parade, one marcher called out, “Girls, get out your hat pins.”