Q&A with Steven B. Frank 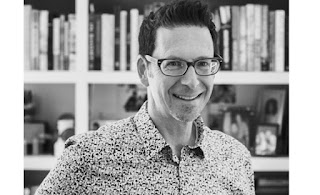 Steven B. Frank is the author of a new novel for kids, Armstrong & Charlie. He also has written The Pen Commandments. He is a middle school teacher at Le Lycée Français de Los Angeles.

Q: You say on your website that Armstrong & Charlie was partly based on your own childhood. Were most of the 1970s-era details things you remembered, or did you need to do research to fill it out?

A: One of the perks of living in the same neighborhood where I grew up is that my daily walks take me through past and present in a single stride.

If I want to, I can flash back to memories that are so vivid, I can taste the Razzles from the Helms Man's truck, smell the eucalyptus leaves at our canyon fort, or hear the steady clatter of click-clacks in a friend's hand.

I did have to research some things, like the price of a box of Ho Hos or the year "Shining Star" was released, but most of what I mined, I mined from memory.

Q: You're a middle-school teacher--how much of your writing is inspired by your students? 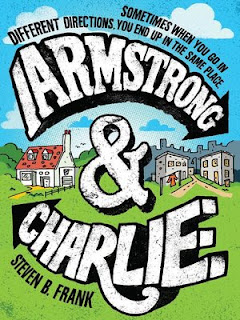 A: We tell a lot of stories in my class. Kids share their earliest memories; they write letters to themselves in the future; they make graphic novels about their families' journeys to America. Right now they're working on poems about their most embarrassing moments.

So much tempting material for a writer to poach. But I never do. I want them to grow up and write their own stories the way I grew up and wrote mine.

I will say, though, that a writer needs company, and for me there's no better company than a room full of emotional, passionate, whacky and wise young humans. It's like spending time with puppies, only better because they're smarter than me. And they can talk. Man, can they talk!

A: The original ending was an epilogue in which Armstrong & Charlie meet up again as adults, having lost touch with each other for 30 years.

They have an unexpected and very emotional reunion, which I loved, but my editor said no. Better to leave the two boys at the end of 6th grade, unsure what the future will bring. It took me awhile for the new ending to come; I was afraid it wouldn't be as emotional as the old one. 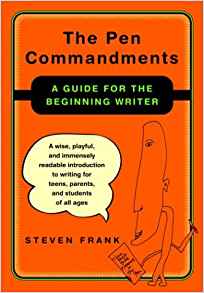 Now that I've seen many readers come to the end of the book without its epilogue and tell me what they think will happen in the future, I know that my editor was right. And this way I'm open to writing a sequel.

Q: You alternate the story between the voices of Armstrong and Charlie. Did you write the chapters in the order in which they appeared, or focus on one character at a time?

A: My first draft of the book was written entirely from the grown-up Charlie's point of view, looking back on his childhood. The story unfolded in pretty much the same order as it does in the published book, but I didn't like the voice or the adult perspective.

Then, one night, Armstrong woke me up and started telling me his side of the story. His voice was what had been missing from the book. From then on, I got out of the way and Armstrong and Charlie tell their own story the way they experienced it, not the way I remembered it.

A: Something pretty ironic coming from a teacher: an underdog tale about a group of kids so fed up with homework that they sue to have it declared unconstitutional. With the help of a cranky old neighbor and each other, they take their case all the way to the Supreme Court.

It's really a book about the rights of children to have a childhood. As soon as it comes out in spring, 2018, I'm going to have a hard time assigning homework.

A: As part of my book tour for Armstrong & Charlie, I'm collecting anonymous stories of discrimination. If you and/or your readers would like to add yours, please follow this link.