Katherine Heiny is the author of the new novel Standard Deviation. She also has written the story collection Single, Carefree, Mellow, and her work has appeared in a variety of publications, including The New Yorker and The Atlantic. She lives in Washington, D.C.


Q: How did you come up with the idea for Standard Deviation, and for your characters Audra and Graham?

A: A​ long time ago—seriously, like 20 years ago—a friend of mine went to a wedding where she knew nothing about the bride other than the fact that bride gets very wet during sex.

Much later, I began writing about that wedding, or how I imagined that wedding​, and I developed a character who has no filter, who would not only know such a detail but have no problem revealing it. And then I wondered what it would be like to be married to such a person. The rest of the novel grew from that idea. 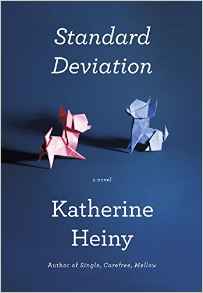 A: The book’s protagonist, Graham, is very scientifically-minded yet he’s married to a woman who is almost totally ruled by impulse and emotion.  “Standard Deviation” has always seemed like an oxymoron to me, and it seemed to describe their marriage perfectly.

Q: The story is told from Graham’s viewpoint. Did you ever consider telling some of it from Audra’s?

A: I don’t think I could write from Audra’s point of view.  She is very …other-directed, if that doesn’t sound too crazy.  (I don’t mind if it sounds a little crazy, I guess.)

I can tell you what Audra would say in almost any situation but I couldn’t begin to tell you what she’s thinking. Also, I think it the novel is Graham’s story—he’s the one who changes.

Q: Origami is a big theme in this book—why did you decide to focus on that?

A: My son went through a period of intense infatuation with origami, and we wound up going to conventions and things, because that’s what you do you love someone who loves origami. 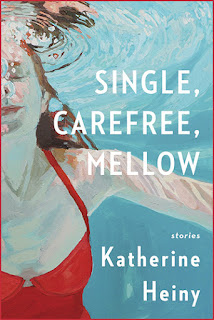 And I learned to love it, too, although I don’t actually do origami—once at a convention, a woman said to me, “Oh, you’re a non-folder” and I can’t begin to describe the scorn in her voice.

A: I just finished a short story about a woman who gets very, very drunk at the airport.  Everyone I’ve described it to so far has said, “Oh my God, is it about me?”

A: Well, I keep saying that I’m more reserved and less impulsive than Audra, but a few days ago, my son asked me to email his teacher about something and then he added, “And don’t try to be funny.” So maybe I have less of a filter than I thought.

--Interview with Deborah Kalb. Katherine Heiny will be appearing at the Bethesda Literary Festival on April 22, 2017.