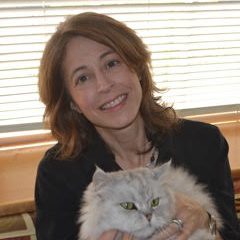 Claire LaZebnik is the author of the new young adult novel Things I Should Have Known. The main character is a teenage girl with a sister on the autism spectrum. LaZebnik's other books include Same As It Never Was and Knitting Under the Influence. Her work has appeared in a variety of publications, including The New York Times, GQ, and Self. She lives in Los Angeles.

Q: You've discussed your own experiences as a mother of a son on the autism spectrum. How much did your experiences influence your decision to write your new novel?

A: I have children who are outside the recognized norm in all sorts of ways—in addition to a son on the spectrum, I have a son who’s gay and a daughter who has a rare autoimmune disease and another son who’s uninterested in sports (and if you think that doesn’t count as being outside the norm, you haven’t hung out with a lot of teenage boys lately!).

All of this feeds into my quest to see more diversity in books, movies, and television, and much more acceptance of diversity in our society. 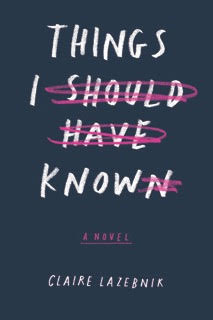 Since I have the luxury of being a novelist, I make it a goal in every book I write to include characters who, in some way, don’t conform to society’s expectations and who are wonderful, interesting, positive people. My first goal as a writer is to entertain; my second is to open minds.

Q: How did you come up with the idea for your main character, Chloe, and the idea of focusing on sibling relationships in the book?

A: I like having a first-person narrator but didn’t feel qualified to write the voice of someone on the autistic spectrum—I didn’t want to get it wrong or sound fake—so it made sense to have my narrator be someone more like me, someone who cares deeply about a close relative with autism.

I have three sisters of my own, so making the two main characters sisters made sense to me—few things are as complicated as sibling relationships! There’s so much loyalty and love there, but also so much that can divide you.

And once I decided to make it a YA book, their ages and stage of life made sense: I knew I wanted Chloe to be planning for college but not there yet. That’s really what starts off the whole plot: her fear that when she leaves for college, Ivy will be lonely. 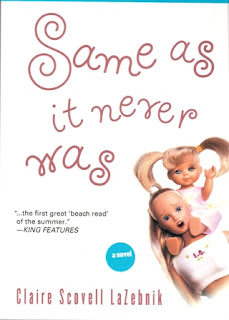 A: It was a group effort—my editor, her assistant, my agent, and I were all batting around many ideas and feeling kind of lukewarm about all of them, and then someone pitched this one and it was instantly everyone’s favorite.

Chloe prides herself on “knowing” more than Ivy—on being more socially adept and aware—but in the end, she doesn’t know some really important things that would have changed every choice she made. It works as a reminder for all of us: don’t jump to conclusions about other people based on who you are and what you want.

I want to be entertained while I’m writing, and it would be boring to know what my characters are going to do and say ahead of time. So I let them surprise me and take the lead.

I did end up drastically changing the ending of one of my novels: The Trouble with Flirting. It was loosely based on Jane Austen’s Mansfield Park and I intended it to end it the same way as that novel, but it just kept feeling wrong. So I changed the ending and was glad I did. 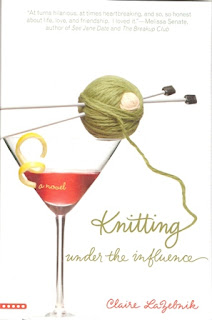 A: Another YA novel about a group of friends who have one intense night of partying, told in several of their voices. It’s very different from Things I Should  Have Known—I just hope it falls into place the way that one did. I’m still wrestling with it. But books are always a process.

A: I wrote this book when I was coming out of a difficult depression. There were many factors leading to my sadness at the time, but part of it was feeling somewhat unfulfilled when it came to my writing career.

Someone told me to write something I would be proud of even if it didn’t sell or do well. So I wrote Things I Should Have Known simply because I wanted to. And the response to it has been tremendous. I may never become a household name, but I’m happy that I wrote this book and that people are reading it.

--Interview with Deborah Kalb. For a previous Q&A with Claire LaZebnik, please click here.
Posted by Deborah Kalb at 6:28 AM