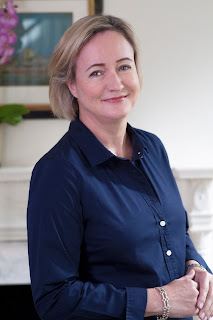 Helen Simonson is the author most recently of the novel The Summer Before the War. She also has written Major Pettigrew's Last Stand. Originally from England, she now lives in Brooklyn.

Q: How did you come up with the idea for The Summer Before the War, and why did you set it in 1914?

A: I had just found an agent for my first novel, and I was so flummoxed that somebody was willing to represent me and that I had a future as a published novelist. I was feeling overwhelmed and very excited.

I had a vision of my home town—I could see [my character] Agatha Kent on the bluffs above the town. Rye is such a literary town. I remembered all the great writers [and thought], Hey guys, I get to join you, in my own small way! That was the genesis of the novel.

As for the setting in 1914, many of the writers I admire were living there at that time. Henry James had a house, Vita Sackville-West, Rudyard Kipling, Virginia Woolf [were nearby].

When I think of my favorite writers, they’re wandering around in hats and long dresses. I was interested in writing something in the era of Henry James. The characters include a very fictional Mr. Tillingham, who is in the mold of Henry James.

Q: What kind of research did you need to do to recreate that period? 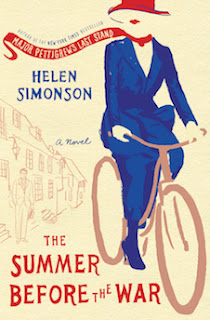 A: It didn’t occur to me until I began writing that I’d have to do research! I’m a novelist, not a historian. I trotted off to the library—I live in Brooklyn, and the main public library will arrange a meeting with a research librarian.

Before I arrived for the first meeting, she pulled a bibliography, and fashions from magazines. Of the five years it took me to write the book, over two years were solid research.

Q: What do you think the novel says about the role of women in England in the World War I era?

A: I was very interested in how women functioned. A lot of classic books of the time are stories of men. I wanted to look at the role of women. There are two women—young Beatrice making her way on her own, and Agatha Kent, who’s at the center of the town and has been married for a long time.

I was interested in, given the restrictions on women, how many women were able to forge their own way. It wasn’t all Downton Abbey—women had to make their own living. With Agatha Kent, despite the traditional roles of women, women forged a way forward with charity work and social justice…

I also wanted to ask the question whether women have come as far as we think we have from those times. Are we treated differently from men? There’s still a longer way to go than we may think… 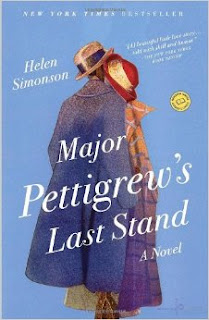 A: I start with a character or the smallest of images. Agatha Kent came to me straightaway, and she had two nephews. Beatrice showed up on the train.

I follow the characters around. It’s exciting to me, as if I get to read the book as well as writing it! Ideas will funnel into my mind, [which I use] if my characters don’t come up with something better.

A: I’m in the struggling early stages of a novel. Sometimes [the characters] like to sit around on their hands and not do anything. It’s those annoying early days when the characters resist letting me know! Writing a novel is like a long journey over a mountain…

Q: Anything else you’d like people to know about the book?

A: In the first book, I dealt in the area of comedy of manners. I am interested in using humor in a literary way. Humor can make the writing experience enjoyable, but can hide a lot of truths, like a court jester.

In the second book, I was interested in how social comedy can expand into the territory of war, and encompass tragedy. Humor has long been used to expose the foibles of war. I’m a big fan of Monty Python, and I was raised watching MASH.

I wanted to see whether my English village comedy could [take on] as heavy a subject as World War I. I would like people to write and tell me their opinion.

--Interview with Deborah Kalb. Helen Simonson will be participating in the Bethesda Literary Festival on April 22, 2017.
Posted by Deborah Kalb at 7:04 AM