Q&A with John A. Farrell

John A. Farrell is the author of the new biography Richard Nixon: The Life. He also has written Clarence Darrow: Attorney for the Damned and Tip O'Neill and the Democratic Century. He worked at The Denver Post and The Boston Globe, where he was on the Spotlight team.

Q: Why did you decide to write a biography of Richard Nixon, and did your opinion of him change during the course of your work on the book?

A: I was casting about for a new topic, after finishing a biography of Clarence Darrow, and my editors at Doubleday thought that the library and book store shelves lack a great one-volume biography of Richard Nixon. They asked if I would like to take that on and it took about five seconds for me to say Yes.

Since there are many similarities between the Nixon and Trump administrations, folks often ask about the timing. All I will say is that if those same editors commission a book on global warming, I'm buying a rubber dinghy for the backyard. 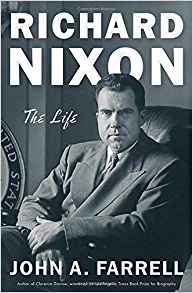 Q: You uncovered some new information about Nixon as you researched the book--can you talk about a couple of the things you learned that surprised you most?

A: I was struck by how protective of Nixon his old friends and family were. They really saw him as clumsy and misunderstood, but sincere and unfairly treated by an establishment that favored wealth, grace and good looks.

This especially applied to his wife Pat, who emerges as a heroine of the book. She hated politics, but had great faith in him, which she showed by sticking by him through some awful times.

As far as new "findings," the one that got the book a story in The New York Times was the evidence I discovered that showed how Nixon scuttled Lyndon Johnson's Vietnam peace initiative in 1968 by sending a secret envoy to South Vietnam, and telling them to hold off because they would get a better deal if Nixon was elected.

Sound familiar? More than a few folks have told me it reminds them of Trump and Russia. 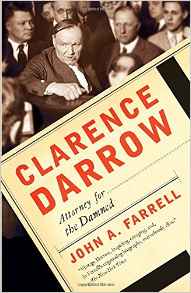 Q: What would you say are some of the most common perceptions and misperceptions about Nixon?

A: Nixon is known to the millennial generation as a caricature of an evil, double-dealing president - the bad guy on The Simpsons, or in X-men movies. I wrote the book for them. I would be happiest if they stuck it in their backpacks and became interested in the real, human story behind the villain. And, of course, the story of his times.

Q: Can you say more about what you think of the comparisons that have been made in recent months between Nixon and Trump?

A: As I said, there are many similarities between the Nixon and Trump administrations - a break in at the DNC, allegations of wiretapping, massive demonstrations in the streets, the firing of an attorney general, a clownish press secretary - even tweets as a substitute for White House tapes, capturing the presidential id.

The two men are personally very different. One was raised in a poor household, the other in a wealthy one (though both had fathers who seemed quite severe.) Nixon was a genuine scholar. He read books. He wrote books. He studied history. 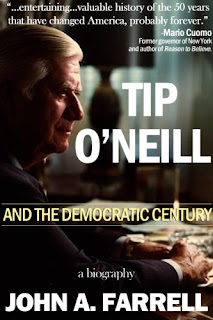 Politically, they both traffic in the politics of grievance. As Democratic speechwriter Richard Goodwin said of Nixon: "He could reach, with uncanny intuition, the buried doubts, the secret dreads, the nightmare panic of the threatened soul."  Trump doesn't quite live up to that description, but he does work those same dark alleys.

Q: What do you see as Nixon’s legacy today?

A: Nixon will always be known as 1) the only president to resign in disgrace, and 2) the Cold War warrior who helped shatter the constructs of the Cold War via his opening to China.

Like they say in the Star Trek movie: "There is an old Vulcan proverb - only Nixon could go to China."

A: I'm still visiting archives, looking for a good Next Book. But mostly I am traveling, pitching the Nixon biography - runways and hallways.

A: I'm secretly quite pleased to be appearing in Bethesda. I've been walking these mean streets for 45 years, since attending high school in Montgomery County. So you can go home again.

--Interview with Deborah Kalb. John A. Farrell will be appearing at the Bethesda Literary Festival on April 21, 2017.