Kate Alcott is the author of the new novel The Hollywood Daughter. She also has written A Touch of Stardust, The Daring Ladies of Lowell, and The Dressmaker. Kate Alcott is the pseudonym for the journalist Patricia O'Brien. She is based in Washington, D.C.

Q: Your most recent previous novel also focused on Hollywood. How did you come up with the idea for The Hollywood Daughter and for your main character, Jessica?

A: I think the genesis of the story took place when I was a kid growing up in Los Angeles. I was riding bikes with a friend and she said, Have you heard Ingrid Bergman ran off with an Italian film director? I could hardly believe it!

I was a Catholic schoolgirl and it was a time when censorship was very strong. I revered Ingrid Bergman myself. I couldn’t believe she would do this kind of thing. I believed she was who she played. 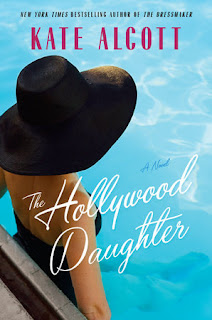 Because of her portrayal of a nun, and of Joan of Arc, she was adopted by Catholics. She made Catholic girls feel closer to the mainstream of American life. [Many] Catholics were shocked at the news.

All this stayed in my head. I did a prior book on Hollywood—did I want to do another? This wasn’t a Hollywood book in one sense—it was an intriguing time in Hollywood history. The industry was shaking with the fear of finding communists in their midst, the fear of censorship.

I began mulling it over—what would it be like to grow up with the glamor and the fear? How’s your world going to be affected by…censorship?

Some examples are so ridiculous—[in one movie] a dog wetting the floor had to be taken out. It was a time when married couples had to be chaste in separate beds. A star couldn’t be the mistress of some man. You couldn’t use the word bordello. My favorite is the three-second kiss…

I began thinking, and developed Jessica Malloy in my imagination, and I thought, what is her life like? She’s the daughter of an unlikely couple—a devout Catholic mother with secrets, and a worldly father who’s a top-ranked publicist building Ingrid Bergman’s career. 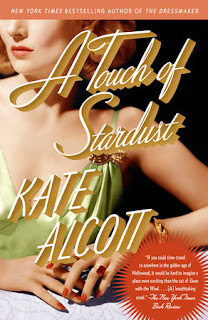 Jesse also dreams of Ingrid as a childhood heroine, of being like her. It makes her mother nervous…she puts her in Catholic school to fight against the [Hollywood] influence.

Jesse is drawn more to her father…when she sees he’s arranged for The Bells of St. Mary’s [to be filmed] at her school, she’s euphoric. Ingrid Bergman is in her world. When the scandal exploded over Bergman, it explodes over the Malloy family. It ends any version of childhood for Jessica.

I think that memory, that era, drew me. I didn’t think much was written about the impact of censorship; there’s been a lot on the Red Scare.

Q: What kind of research did you do on Ingrid Bergman, and how did you balance the real figure with the character in your book?

A: I read all the old movie magazines, I buried myself in books, anything I could read about Ingrid. I had to make her mine. 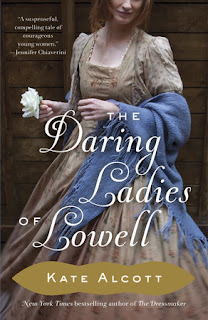 Because of my journalism background, I have to have rules. A lot of what she’s quoted as saying, she said in various interviews. It’s reading as much as I could, watching the Academy Awards. When she came back [to the United States] the emotion was able to come through. Reading movie magazines took me back into that world…

Q: Can you say more about the role of Catholicism in the novel?

A: Part of it was, Jessica was older than I was, but to be Catholic growing up in that world—I haven’t read much about it. It would give me an avenue to explore the power of censorship if it was a Catholic family.

Q: Was the character of Jessica's father based on a real publicist for Ingrid Bergman?

A: He’s a completely fictional character, although there was a publicist who did stuff for Ingrid Bergman, but I never researched him. I don’t know much about him. Someone did get the timing right for the release of Casablanca [as Jessica’s father did in the book]! 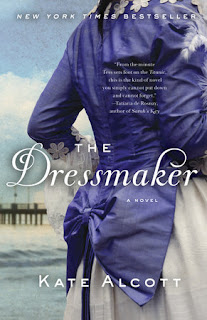 Q: Did the publicist really go to Italy to track down Ingrid Bergman?

A: That’s fictional…When you’re doing historical fiction, you get layers, the base of reality. I really felt for Ingrid Bergman…In the era we’re in now, how could anybody who’s young believe [society] could be so punitive?

Q: Do you think you’ll write another Hollywood novel next, or something else?

A: I’m going to go in a different direction this time, and give Hollywood a rest. My husband’s father, Herman Mankiewicz, won an Oscar for writing Citizen Kane; the family is in the movie business. It wove through 26 years of our marriage, and has always intrigued me. These are real people—they’re often turned into objects, and they pay a high price for being famous.

Q: Can you say anything more about the next novel?

Q: Anything else we should know about The Hollywood Daughter?

A: It would be wonderful if more people appreciated old movies—you learn a lot! I’m hooked on Turner Classic Movies—my stepson is a host. Old films never seem old to me. I like the cinematic history elements.

I think it shows what puts real life and glamorous fake life together. That’s what interests me. Cary Grant said he wished he could be Cary Grant—it’s that intriguing world where you’re both real and not, and how do you feel about it? Ingrid Bergman was determined to feel true to who she was.

--Interview with Deborah Kalb. For a previous Q&A with Kate Alcott, please click here. She will be appearing at the Bethesda Literary Festival on April 21, 2017.