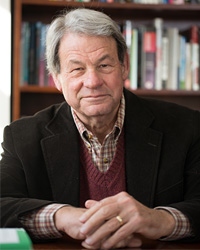 Steve Roberts is the author most recently of Bethesda and Chevy Chase, part of the Images of America series. His other books include From This Day Forward and My Fathers' Houses. He spent many years at The New York Times, and is the Shapiro Professor of Media and Public Affairs at George Washington University. He lives in Bethesda, Maryland.

Q: Why did you write this history of Bethesda and Chevy Chase, and how did you research it?

A: I’ve been writing a column for Bethesda Magazine called Hometown that’s given me a much deeper appreciation for this community and its history. That column led to this book, which derives from many sources.

Richard Cook shared his wonderful collection of memorabilia about Glen Echo; Harold Silver gave me access to his fabulous assortment of Minnie Brooke postcards. A number of families were particularly gracious in allowing me to use photos from their private repositories, including the Tafts, Grosvenors and Cummings.

I also consulted the work of authors who have written about our community before, especially the incomparable Bill Offutt whose definitive history of Bethesda was invaluable. 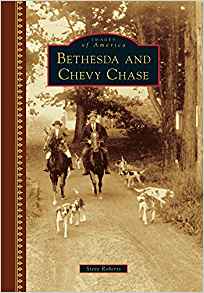 Q: What did you find in the course of your research that especially surprised you?

A: I was surprised to learn that the growth of Chevy Chase and Bethesda were both based on the same innovation—the trolley. They are very different communities but their common location on the northwest outskirts of Washington meant they could not grow and prosper until residents had an easy way to reach their workplaces downtown.

I was also surprised to learn that the farms and plantations that were here before the suburbs depended heavily on slave labor. Maryland stayed in the Union but local farmers still owned slaves and often sympathized with the Confederate cause.

I also didn’t know that Franklin D. Roosevelt had personally selected the site of the Bethesda Naval Hospital and even suggested its distinctive design.

Q: Can you say more about the historic photos in the book? 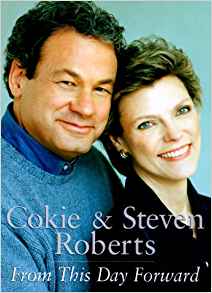 A: The Chevy Chase Historical Society was particularly helpful for several reasons. Local residents have consistently contributed their photos over many years, so the CCHS has been able to assemble a particularly rich and diverse archive.

Moreover, the archivists--many of them volunteers—have put the photos online and organized many of them by subject, making it easy for researchers like me to utilize their collection.

I started there but then went prospecting for other sources. Edwin Grosvenor came up to me at a history conference and generously offered some unpublished photos of life on his family’s farm on Grosvenor Lane. The BCC Chamber of Commerce actually took some photos off the wall of their conference room and copied them for me.

Hugo Brooks was a fine photographer with an office in downtown Bethesda. He did many commercial assignments around town—advertising a car dealership for example or documenting the opening of a new movie theater. 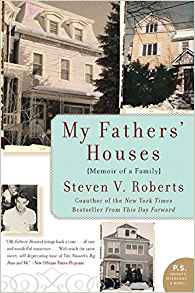 According to his daughter, if he was finished working and had frames left over on his roll of film he would take random shots of local street life, and those casual photos are some of the most charming in the book.

Q: What do you particularly like (or dislike?) about living in Bethesda?

A: I love the sense of place and community I feel in Bethesda. We live in a house on Bradley Boulevard that my wife grew up in. Her parents bought it in 1952 and we took it over from her mother in 1977. We were married in the yard of that house in 1966 and recently celebrated our 50th wedding anniversary on the exact same spot.

I also love the dynamic and changing nature of our community and the richness that new immigrant groups are bringing to life here.

In my Bethesda Magazine column I’ve written about many of these new groups, from long distance runners from Ethiopia and computer scientists from China to Montgomery County’s smallest entrepreneur, an immigrant named Rosa Linares who grows herbs and vegetables native to Guatemala and El Salvador in a lot next to her house and sells them at a tiny farm stand.

Like everyone else, I don’t like the traffic and the scarcity of street parking, but as long as I don’t have to commute downtown every day to my job as a professor at George Washington University I can live with the congestion.

A: At 74 I’m still working more than full time. I teach journalism and politics at GW; provide political analysis for ABC Radio; write a weekly syndicated newspaper column with my wife Cokie; and write book reviews, mainly about sports, for The Washington Post. That’s in addition to my Bethesda Magazine column.

This year I started giving talks for the Montgomery County Historical Society about the changing face of the county because most residents have no idea how diverse our community really is. I also speak regularly to many community groups and adult learning programs about political trends and topics.

I’m not sure about my next book (I’ve written six) but I hope it will be about baseball, a lifelong passion, and this season I’m coaching first base for my grandson’s Little league team.

A: I’ve spent much of my career, including 25 years at The New York Times, writing and speaking about national politics. But at this stage of my life I draw great gratification from focusing on the lives and histories of my neighbors in this vibrant and nourishing community we’re lucky to live in.

I first came to Bethesda as a 20-year-old college student in 1963 and I hope to keep contributing to my adopted hometown for many years to come.

--Interview with Deborah Kalb. Steve Roberts will be participating in the Bethesda Literary Festival, on April 22, 2017.
Posted by Deborah Kalb at 6:17 AM