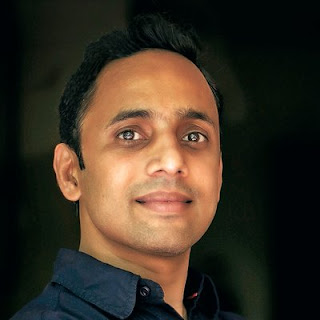 Ryan Lobo is the author of the new novel Mr. Iyer Goes to War. A photographer and filmmaker, his work has appeared in a variety of publications, including National Geographic and The Wall Street Journal. He is based in Bangalore, India.

Q: How did you come up with the idea for a Don Quixote story set in in modern-day India?

A: I spent some time on the Ganges making documentaries for various clients including one some years ago at the Kumbh Mela, a Hindu pilgrimage of faith in which tens of millions of Hindus gather to bathe in the Ganges.

I recall watching a very old couple slowly and painstakingly negotiate their way through the crowds towards the river. Later, when I spoke with them, they told me that they knew this was the last time they were going to the Kumbh, an event their ancestors had taken part in for centuries.

It was astonishing, the noisy and chaotic spectacle of the Kumbh, but I felt there was something more special about that old man and his wife walking down to the river in absolute silence themselves.

In India, particularities long suppressed due to poverty or colonial rule have begun to flow again with an increase in the living standard.

Regardless of what the land has been through something had survived through the ages that compelled that couple to travel great distances on foot and on trains to bathe at that river.

In these times when globalism seems to be swinging in the direction of local, I felt a need to tell the story of the "native" who believed that his culture, environment and faith was under attack but who was making a stand, no matter the odds.

The idea of a conservative iconoclast came to mind, a character who lived by the values of an older time, at odds with the so called modern world. 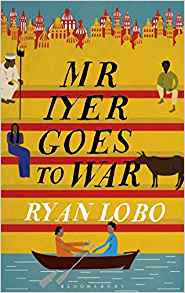 A: He sees himself as a Hindu knight, a brahmachari or seeker of the truth, journeying down the polluted Ganges, to vanquish evil. Believing in ancient Vedic values and spouting poetry, Iyer sets himself against pollution, corruption and all that he finds degenerate.

He battles as much with the world as he is eventually forced to with himself and his own ideas of history and transcendence. The title, "Mr. Iyer goes to War" sounded right.

Q: You're also a filmmaker and photographer. How do these skills affect your writing?

A: I am not too sure though I think I have always thought visually if that makes sense. My filmmaking and photography have taken me out of my comfortable, urban existence and inserted me into the lives of so many people removed from my world.

My shoots have provided me with an idea of who and where I am. It has allowed me into the lives of others.

Q: Did you plot the novel out before you wrote it, or did you make many changes along the way?

A: I made a rough outline regarding the story. I had an idea of sorts and I had read Don Quixote. In hindsight, the story and characters changed along the way. I rewrote the story many times.

I think you end up being much smarter than you really are when you write, because you get to edit and improve your writing. The act of writing leads to all kinds of things and though this sounds strange, I eventually felt that the story was becoming its own creature, independent of me the writer.

A: I have recently sold a movie screenplay. I am also working on two books, one regarding monsters, for children.