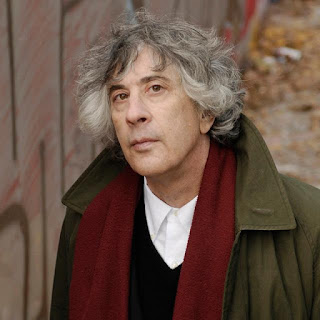 Michael Lesy is the author of the new book Looking Backward: A Photographic Portrait of the World at the Beginning of the Twentieth Century. His other books include Wisconsin Death Trip and Murder City. He teaches literary journalism at Hampshire College, and he lives in Amherst, Massachusetts.

Q: How did you come up with the idea for this book, and how did you choose the photographs to include?

A: How it started is in my line of work you’re privy to different kinds of information that interests you. I had known about [the Keystone-Mast Collection of stereoscopic photographs] for a while. I’d been looking at other collections since 1970 and they were about different things. If you do “items,” as archivists call this stuff—each collection had more and more items. You build up certain strengths, strategies…I decided I was ready to do it.

It was the tipping point between what passes for the 20th century and what passed for the 19th century. I’m crazy about that moment…it turned out to be about the good old days, [Theodore] Roosevelt, the 4th of July, Sousa marches—oh yeah? How come these people [in the photos] are headed to Siberia in chains? 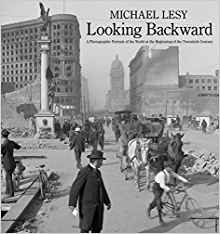 They’re looking like butter wouldn’t melt in their mouths. These guys are the patriarchy…[but] you should read the captions on some of the photographs of African Americans in the South or Eastern European Jews. It makes your hair stand up…

[Looking at the question of] how did you sort through it? The romantic story is I did time travel. Once you go into this place and start looking at the pictures, you can go into a kind of trance. It’s not corny or cheesy…you’re looking with part of your head that’s entirely usual and with another part that’s educated, sharp-edged.

I was in the zone, five or six hours a day. I’d come up into sunlight and have a power bar and a Red Bull and go back into the tunnel. I want that [photograph] and that one and that one. That was the process.

The people in the archive were wonderful. The photocopies would be neatly stacked. They’d invited me and I’d said yes because we both knew I could penetrate the collection in a way no one had before. 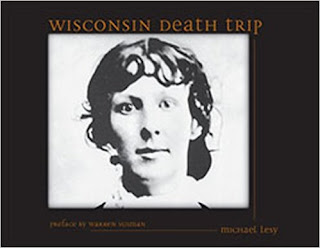 It was so big—the way people had used it would be, Do you have a picture of the assassination of William McKinley? I was prepared to say, Give me that drawer, and work my way through all the drawers.

I’d go home and spend an interval sorting the stuff out. I’d say, Oh look! All these pictures of soldiers? Put them over here. All the pictures of beheadings, put them there. It’s an editing process. It went on in parallel with the research process. Like what street photographers do, in the zone out in the world, and in a different state when editing.

The process went on like that for a year. It just became more and more of an editing process. What kicked in was…amazement and outrage. It’s just appalling.

It’s one thing when you go to school and [learn that] here’s an era when individuals and corporations amassed wealth. But then you look at the people. You see the alley in Athens like when you’re re-seeing something along with everything you know about Greece and Turkey—it’s shattering.

The first part is immersion. The second part is climbing out of the pool and shaking yourself like a dog. It’s very, very hard. It really altered my head. You’re talking to a freak of nature, and that’s okay. That’s what it will take for more historians, anthropologists [to] do this stuff after I vanish…

Q: Do you see common themes running through the photos? 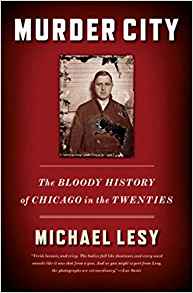 A: Oh sure, there’s wealth and poverty, there’s race. There’s what people said happened and what really happened…Then there’s the title of the book.

Q: Yes, I was going to ask you about that—in the book, you cite the Edward Bellamy classic Looking Backward. Why did you decide on that as the title for your book, and what connection do you see between the two?

A: Bellamy was looking back at what every enlightened American, British citizen, French citizen, German citizen [thought about, that there was] going to be a class war and it will bring the world to an end. The depression of 1877 was based on a national railway network—the railway workers went on strike and burned whole cities.

Then there were anarchists…McKinley was done in by an anarchist. We’re terrified of radical Islam, whatever you call it. Our ancestors were terrified by class warfare…

[For the title,] it was because I knew Bellamy. I’d gone to school and learned American history. My father was an immigrant, my mother was one generation removed. Like any Jewish immigrant, or child of Jewish immigrants, I studied. Bellamy was really important, but he’s been forgotten. At one point, there were Bellamy clubs all over the U.S…

I was playing a game with the title—it’s evident at one level, the guy is looking over his shoulder. And at other levels, it’s based upon things I knew...

The guy [in Bellamy’s book] is rich, he suffers from insomnia, so he has built a sleeping vault. To go into a trance, he employs a mesmerist. The mesmerist puts him to sleep, and the house burns down and he’s in the vault. No one knows about it…the guy thought there would be a war based on class war.

My book takes a look at what’s going on when the guy went into the sleeping chamber.

A: When I started out, my first teaching job was at Yale, and one of the first people I met was Walker Evans. He was in the last two years of his life. When we met, it coincided with Evans being given by the Polaroid corporation an instant camera, very elegantly designed.

Most of it ended up in the Metropolitan, some at Yale. I’m doing a book on the SX-70 [cameras] and also about Evans. It’s also a memoir…