Stuart Isacoff is the author of the new book When the World Stopped to Listen: Van Cliburn's Cold War Triumph and Its Aftermath. His other books include A Natural History of the Piano and Temperament. A pianist and composer, he is the founder of Piano Today magazine, and contributes to The Wall Street Journal. He lives in Closter, New Jersey.

Q: Why did you decide to write about Van Cliburn’s victory at the 1958 international piano competition in Moscow?

A: I met Van in 1989. I was assigned to do a cover story for a music magazine called Ovation. It published my cover story and then went under.

They sent me to Fort Worth to do the story—he announced he was coming back after not playing for a while. For various reasons, there was a lot of animosity toward Van as a country hick, a fake personality—he did have [something of] a naïve personality. That’s who he was.

I was given signals to skewer him. In researching the story, I fell in love with the man as an artist. There was no way I was doing anything negative about this man! I met with him—he was very self-protective. I became very intrigued.

I went to his hometown, Kilgore, Texas, when he did a recital; I went to his performance at the opening of the [concert hall] in Dallas. I got more and more intrigued, and I wanted to do his biography. I interviewed his childhood friends, and in New York I started interviewing his teachers.

Then I found he really didn’t want me to [write it], so I put the material aside 25 years ago. It as a miracle that the cassette tapes still work! When he became ill, and subsequently died, I was thinking about the material, and thought it would be great to focus on that moment in 1958. 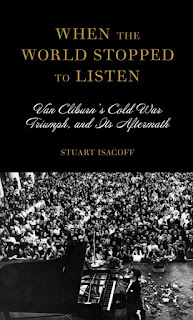 I resurrected the project with a new way of thinking about it. The response from publishers was that no one remembered the Cold War—that’s not true any more.

Q: This competition took place during the heart of the Cold War. How surprising was the outcome, and how would you describe relations between the U.S. and Soviet Union at the time?

A: It was stunning that he won. Relations between the two countries were very strained. A year earlier, the Russians had launched Sputnik, and people like me were practicing duck-and-cover at schools. There was tremendous fear and paranoia.

There had been a history of cultural relations between the two countries. They were in love with American film; they adored American rock and roll and jazz. It was all stuff that was not acceptable to the Kremlin, but people were getting more into this. Isaac Stern visited, Glenn Gould from Canada performed.

The official line was that America was all about greed and there was no room for art; nevertheless, they were getting examples of deep artistry, and it opened people’s eyes. 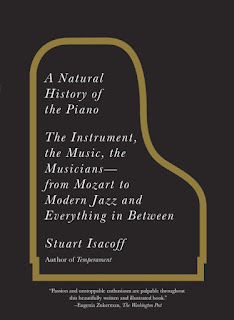 Van resonated with the public in Moscow—they fell in love with his playing and his personality—a tall Texan with bushy hair and blue eyes. They were rushing around as if he were Elvis Presley, screaming girls throwing flowers.

It was a tremendous situation—the Soviet officials didn’t know quite what to do. The audience was so enamored of him, it became dangerous to thwart what was happening. He appeared to be the clear winner by the final round.

Even the jury, Emil Gilels, the pianist who was the chair of the jury, went up on the stage after Van finished and kissed him. That was against the rules. They had to go to Khrushchev and say, We want to give the prize to an American.

There were pro-Cliburn and anti-Cliburn advisors. Some said we can’t give the prize to an American, and others said it’s the first run of the competition. If we do something that doesn’t seem honest, it will ruin it. Khrushchev made the decision to give the prize to Cliburn.

The New York Times was covering it—the stories were appearing on the front page. It helped stir up interest in America and all over. It became an American victory over the Soviets, which Van never felt—he wasn’t political in any way.

Q: You’ve talked about the research you did--what surprised you most in the course of your research? 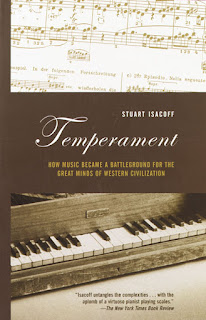 A: The first thing was his playing. When I first listened…in 1989, I couldn’t believe how beautiful it was. And his personality surprised me—he was a bundle of contradictions. He was the most generous person you’d ever met, and at the same time clearly kooky, complex, hiding things—he was a wild combination of things.

Q: How would you describe Van Cliburn’s legacy today?

A: People in Fort Worth put together a competition in his name, and it still goes on today every four years. They’re hoping to replicate what happened in Moscow, but it’s not the kind of thing you can replicate.

The world was teetering on the edge, and he seemed to calm things down and do the impossible, get the Soviets and the Americans to treat each other in a new way. That’s not going to happen again.

That’s part of his legacy. He was there at the right time. He has a legacy of beautiful recordings and a competition in his name, and even though no one could measure up to what he accomplished, it is an ideal that’s out there.

A: I’m tossing around ideas…I haven’t found a subject as wonderful as this one. This is a subject that has depth, it has many aspects to it, and a potential for a large readership. I’m trying to think what could come next.

A: I’d like [readers] to know there’s material in there they will not find anywhere else. In Moscow, I went behind the scenes, and there are revealing stories about what happened there, details involving people who took part in the competition, and the involvement of The New York Times in launching a tickertape parade he had in New York.