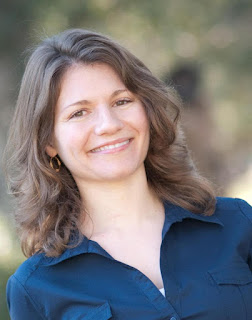 Caroline Starr Rose is the author of a new novel for children, Jasper and the Riddle of Riley's Mine. Her other books include May B. and Blue Birds. She has taught English and social studies in four different states, and she lives in New Mexico.

Q: How did you come up with the idea for Jasper and the Riddle of Riley's Mine, and for its setting during the Klondike Gold Rush?

A: Jasper and the Riddle of Riley's Mine is a blend of a couple different ideas that had been floating around in my head for a while. When I was first researching the American frontier for the novel that became May B., I happened to read a book called Women of the Klondike. It was a fascinating glimpse into a moment in history I hardly knew anything about. 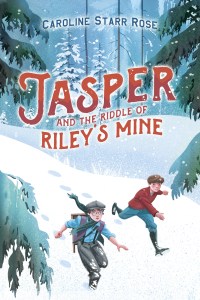 A few years later, my sons asked if I’d ever write a book about a boy. Around the same time, as I was thinking about their question, I read an article in the Albuquerque Journal about an eccentric millionaire named Forrest Fenn who had hidden treasure somewhere in the Rocky Mountains and written a cryptic poem about its location.

The first person to figure it out could keep the treasure. Lots of treasure hunters have searched, but so far no one has found Fenn’s fortune.

I took that Klondike setting, added my first boy protagonist, Jasper Johnson, and threw in a mysterious mine worth millions available to the first person who could solve five riddles leading to its location.

Just writing about it now makes me think, “I’d like to read that book!” 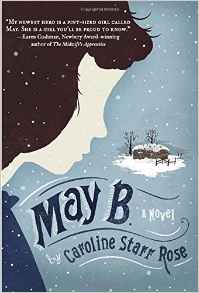 Q: Was there anything that especially surprised you as you researched the book?

A: This is the first book I’ve written with such a recent history (if 120 years can be called recent!). There was so much information available about the Klondike Gold Rush, more than I had encountered when researching my other historicals. This was both handy and a little overwhelming.

A: I generally have a sense of the ending, though I’m usually not sure how I’m going to get the story there. I make so many changes it’s sometimes discouraging, but that’s the writing process. It’s not efficient, but no effort is ever wasted. 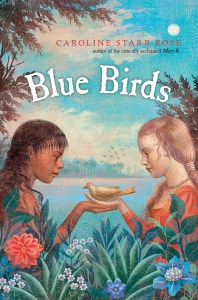 A: Karen Cushman is the master when it comes to middle-grade historical fiction. I also love Katherine Paterson, Kwame Alexander, Beth Kephart, Rebecca Stead, Kate DiCamillo, and Gary Schmidt. I could go on!

A: I have a picture book about the Pony Express coming Oct. 1 called Ride On, Will Cody!. According to legend, 15-year-old Will (later known as America’s greatest showman, Buffalo Bill) traveled 322 miles in 21 hours and 40 minutes, only stopping to switch out the 21 horses necessary to cover the distance. It was the third longest run in Pony Express history.