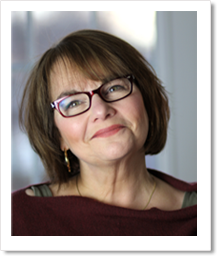 Randy Susan Meyers is the author of the new novel The Widow of Wall Street. Her other books include Accidents of Marriage and The Comfort of Lies. She teaches writing at the Grub Street Writers' Center, and she lives in Boston.

Q: How did you come up with the idea for your new novel, and how closely are Jake and Phoebe based on Bernie Madoff and his wife, Ruth?

A: The idea did come just when the Madoff case first broke, and it fascinated me. How do you pull something like that off? As I saw all the people he had fooled, these were not naïve people! I thought, what is it like to be this family, and I didn’t think Ruth had done it. When everyone started hammering on her, I wondered, what is it like to be her?

I started doing a lot of reading. Some books came out immediately, but the book that really had me was The Wizard of Lies by Diana Henriques, a New York Times reporter. I read it six times. I found the details of how it was done incredible.

I was fascinated on two levels—very much on a human level, what would it be like to wake up and realize your marriage of 40 years was based on a huge lie? 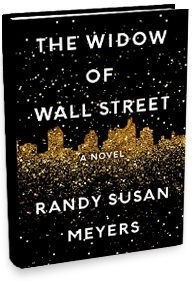 And how it was done fascinated me, to the point that the book took a long time. I started reading court records…I had to let all that research go and start writing the book.

The hardest part was letting go of the real story while keeping the spine of the financial crimes. How closely it hews to the marriage, there’s not much about [that]…the beginning section is all a writer’s imagination. The spine of the crime [came from the] research.

Q: Could you say more about your research?

A: Besides reading every single book on the Madoffs, I did a lot of going into the past. I needed to see how things had progressed in terms of the law. I went on eBay and bought old stockbrokers’ manuals. I went back to source material as much as I could. I do know some people in finance, and I talked to them.

I wrote myself reports—what should you have been doing, and what did he do? You have to know what’s legal to know what’s illegal. I went to musty books, online research, the Times, the Wall Street Journal. I spoke to Diana, who was very helpful. 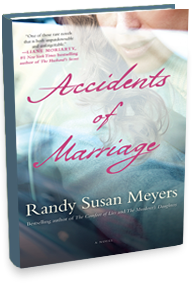 Q: So what did you see as the right balance between fiction and reality in this book?

I want to know what goes on in so-called monsters’ heads. He had to be telling himself a story. A lot comes from working with criminals for 10 years. I never thought he was psychopathic. He lived on the edge; he was a very narcissistic man. This man told himself a story—he [intended] to make it right. That’s what broke it open and made it fiction rather than research.

Q: What about the characters of Phoebe and Jake’s children?

A: It broke my heart. I made them a boy and a girl. I read a lot about the kids. I had to forget about it—I didn’t want to hew too closely to it. I know they adored their parents. 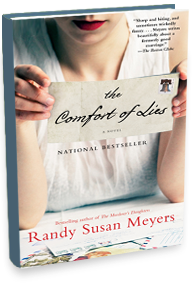 Q: Your character Phoebe has a cupcake business and is very involved with a charity—can you describe how that came about?

A: It’s based on a little bit of reality—Ruth Madoff was involved with cooking. She wrote a cookbook that she self-published—I got it on Amazon. The Great Chefs of America Cook Kosher. I love research! There are recipes from different hotels.

I took that and made it much more fascinating for me. In real life, she was cut off from her own trajectory; she was a smart person. A character needs to have passion. I believe a lot of women have passion for work. I love workplace interactions. I love inventing things I like!

A: I just finished the second full draft of a book I was working on—I had to stop [working on The Widow of Wall Street] for a while because I needed more perspective, so I took a breather.

It’s called Waisted, and it’s about two women who struggle to a very large degree with weight issues. They’re from different cultures, but they come together at a strange mansion for weight loss that’s being filmed. They struggle with their mothers for very different reasons…It was hard to write.

Q: Anything else we should know about The Widow of Wall Street?

A: One of the things that really fascinated me—I do a lot of book clubs, and I was talking about Accidents of Marriage. I talked [to the book clubs] about The Widow of Wall Street, and they all said, She knew, she knew. It fascinated me. Why do women think someone knows everything about her husband? People are so adamant. What does that mean that they [think that]?

On my blog, I’m doing a contest for presale for book clubs, with a drawing to take a club out for dinner!

--Interview with Deborah Kalb. For a previous Q&A with Randy Susan Meyers, please click here.
Posted by Deborah Kalb at 6:00 AM