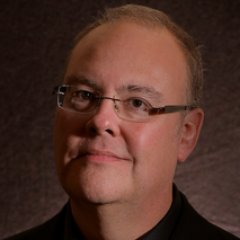 Frank Ahrens is the author of Seoul Man: A Memoir of Cars, Culture, Crisis, and Unexpected Hilarity Inside a Korean Corporate Titan. A former Washington Post reporter, he worked at the Hyundai Motor Company for more than three years. He lives in Washington, D.C.

Q: Why did you decide to write this book about your experiences in Seoul, and did you come up with the idea for the memoir during your years living in South Korea or once you returned to the U.S.?

A: I was a Washington Post journalist for 18 years and saw many of my colleagues write books. For some, it seemed almost obligatory - a check-off-the-box part of a writer's career.

I never wanted to write a book unless I felt I had something contributory or somewhat unique to offer. I hadn't found that until I went to Korea; in fact, not until the end of my time in Korea.

It wasn't until then that I realized a three-year narrative arc had emerged and I could identify a theme, or hook, for the book: Me, Korea and Hyundai all hit our midlife crises at the same moment. Could we figure out our second acts?

I had a month off in-between leaving Hyundai and starting my next job in Washington, and was able to use that time to write much of the proposal.

Q: What are some of the most common perceptions and misperceptions about the U.S. in South Korea?

A: The one I found most stunning came from a group of Korean Christians that believed that God had blessed the U.S. with so much wealth in return for being a Christian nation.

Of course, this is a fundamental misreading of the Bible and a foundational plank of the misguided "prosperity gospel" found in many U.S. churches. Jesus promises hardship, not wealth, for following Him. But, given how recently Korea had been desperately poor, in some ways it is understandable. 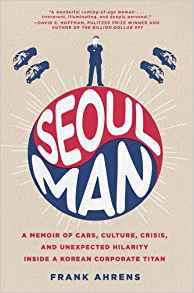 Q: What was it like as an American to work inside Hyundai headquarters?

A: Out of about 5,000 people that walked into Hyundai HQ each morning, there were about seven non-Koreans and one American -- me! I had never been the Other before, and it was a shocking and educational experience.

Immediately, I had many things I had to get used to or go crazy: The packed-full elevators, the physical closeness of people, the pali-pali ("hurry, hurry!") attitude, the workplace formality (bowing to bosses, the use of last names and titles) and of course, the foreign language all around me; the real feeling of being excluded in many ways.

Q: As you mentioned, you, Hyundai, and South Korea were all experiencing mid-life crises at the time you moved to Seoul. How did all of you weather that experience?

A: Remains to be seen, long-term! Only a few months before I went to Korea, I was a lifetime only-child bachelor who'd lost both parents, was working in a plummeting industry (journalism) and had fallen away from the faith of my youth.

Today, I'm blessed with an amazing wife (Rebekah), two wonderful girls (Annabelle and Penelope), the world's best dog (Chairman, the Labrador), am working in a stable field (public relations) and have an amazing church home. So I'd say I'm doing okay, by grace of God.

For Hyundai, the past few years have been bumpy, and the future has uncertainty because of the political upheaval in Korea, but I like their prospects -- IF the company can make the chairmanship transition from father to son ASAP and IF they can hurry a few more SUVs into their lineup.

For Korea, whoo, boy. So much has changed since I wrapped the book in late 2015. The president, whose polices I praised in the book, was impeached and is currently jailed on corruption charges because she allowed her best friend to run a shadow government and shake down the big Korean companies for donations to her phony organizations.

The leadership vacuum could not have come at a worse time for the nation, with North Korea more dangerous than ever, China angered about U.S. military hardware in Korea and arch-rival Japan cozying up to the new U.S. president.

That said, a new Korean president will be elected quickly (May 9) and the frontrunner is a competent political veteran, albeit left-leaning, which could chill Korea's relationship with the U.S.

Most impressive out of the whole mess, though, were the Korean people. In successive weekends over the winter, they turned out in uniformly peaceful protest of the now-impeached president, literally by the millions, and even cleaned up the streets after themselves when they were done.

Strong democracies outlive political turmoil, and Korea showed the world it has rock-solid democratic institutions -- though it has been a democracy for only 30 years.

A: I've got a couple ideas and want to keep writing books -- I am hopeful it will be a third career for me once I get so old no one will take my P.R. advice.

I have an idea for a book about my father, and one for explaining uniquely American institutions to foreigners, specifically business people. Also, a musical based on the life of our worst president, James Buchanan. That last one is a lie.

A: I have been so touched by people who've read the book and said it impacted them in any way -- whether it's a non-Korean Hyundai employee who said it will help them at work, or a Korean-American who feels trapped between cultures; or parents who've adopted Korean children; or -- especially -- Koreans.

Honestly, the last time a foreigner went to a country and wrote a book worth remembering was 200 years ago when a French guy came to America. In Seoul Man, I worked really hard to avoid the Orientalism trap yet still write about the truly unique things I found and experienced. I'm so gratified my Korean friends who've read the book say I mostly got it right.

--Interview with Deborah Kalb. Frank Ahrens will be appearing at the Bethesda Literary Festival on April 22, 2017.