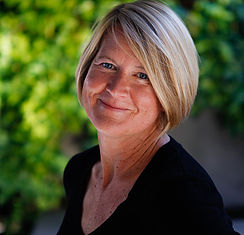 Elizabeth Rusch's many books for kids include Ready, Set...Baby!, The Music of Life, and the forthcoming Impact. Her work has appeared in a variety of publications, including Mother Jones and Smithsonian. She lives in Portland, Oregon.

Q: How did you come up with the idea for Ready, Set...Baby!, and what age group do you think would especially like it?

A: Ready, Set…Baby! is a read aloud picture book for children ages 3-8 who will soon be welcoming a new baby into the family. It features two big kids, Anna (age 8) and Oliver (age 5), who describe what it is really like when a new baby joins the family and give advice from an insider kid’s point of view.

I was a fan of Vicky Iovine’s Girlfriend’s Guide to Surviving the First Year of Motherhood, and when I was pregnant with my second child, I wanted a book like that to share with my then 3-year-old son.

I checked out a bunch of new-baby books from the library and couldn’t find what I wanted: something warm and funny that would give him reassuring and useful insight from kids who had already faced these experiences. So I wrote one! 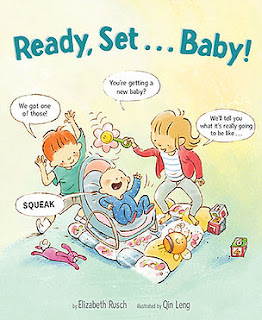 Q: Did you need to do a lot of research to write the book, or was it based on your own experiences with your kids?

A: Both. I did talk with my son when I was pregnant about what he thought it would be like when the baby joined the family, and I asked him after my daughter was born what surprised him. When I had a chance I slipped away to my desk and typed up his thoughts and reactions and questions.

Also, for a column I wrote for Child magazine, I interviewed a bunch of 6-year-olds about what advice they would give to a friend who was going to become a big brother or sister. Their answers were hilarious but also showed that young children see this experience quite differently from how adults see it.

I also chatted with the children of friends and neighbors who were expecting new babies. Before I knew it, I had pages and pages of notes on how children view life with a new baby.

Q: One of your other new books is The Music of Life. How did you learn about Bartolomeo Cristofori and why did you decide to tell his story? 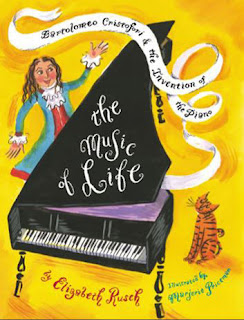 A: Wow, I don’t even remember exactly where I first learned about Bartolomeo Cristofori. I just remember reading a brief mention somewhere about him inventing the piano. I remember thinking: “We know who INVENTED the PIANO?! That is so COOL. How come I have never heard of him?”

That is often how books start for me. My book For The Love Of Music: The Remarkable Story Of Maria Anna Mozart started the same way. I saw a brief mention that Wolfgang Mozart had a sister who was also a child prodigy and was his earliest inspiration and I thought: “I didn’t know that!”

When I learned about Cristofori I knew I wanted to take a similar approach as I did with the Mozart book. I wanted to read and quote primary sources – letters, diary entries, and news articles – to help me reconstruct these untold stories.

Q: Later this year, your book Impact, about asteroids, will be published. What are some of the most surprising things you discovered while researching this book?

A: I don’t want to scare you, but did you know that there are an estimated hundred and fifty MILLION asteroids soaring through our solar system big enough to level a city if they struck Earth? Yikes, right? 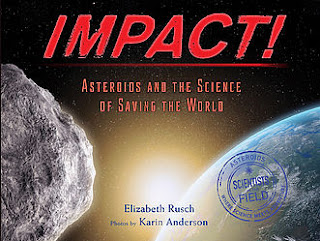 Impact: Asteroids and The Science of Saving the World is about scientists on a quest to find and track all the asteroids that might be on a collision course with our planet – and about people developing some pretty creative ideas on what to do if one is on the way.

Another thing that surprised me is that roughly once every day of the year, an asteroid makes it through our atmosphere dropping rocks, called meteorites, onto the surface. That’s pretty wild – every day space rocks are landing on Earth and most of time we don’t even know it.

A: I’m working on another Scientists in the Field book (like the asteroid book) – this one on the science behind the Cascadia earthquakes (magnitude 8 and 9 earthquakes that have rocked the Pacific Northwest 43 times in the last 10,000 years).

I’m also writing a really fun picture book on dogs who are training to become avalanche rescue dogs. With their agility and amazing sense of smell, these dogs can quickly sniff out people buried deep under snow. And they are adorable.

I’m also working on a middle grade novel called April Fool about the role of humor in life and death and a YA documentary novel called I Will Stand With You about a high school ripped apart by hate crimes.

A: I have two more books scheduled for publication, probably in 2018:  A picturebook about a girl who tends a special tree on her family’s tree farm called Zee’s Tree and a picture book biography on a Mexican-American chemist who saved our planet called Mario and the Hole in the Sky.

And I love donuts.