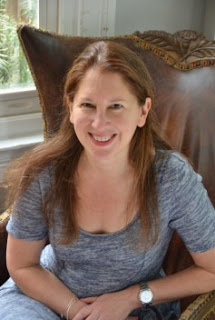 Susan Coll is the author most recently of the novel The Stager. Her other books include Beach Week and Acceptance. She worked at Politics & Prose bookstore for five years, and is currently on a leave of absence. Her work has appeared in a variety of publications, including The New York Times and The Washington Post, and she is the fiction editor at Moment Magazine. She lives in Washington, D.C. 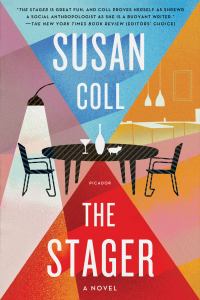 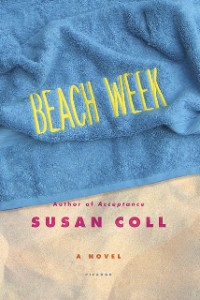 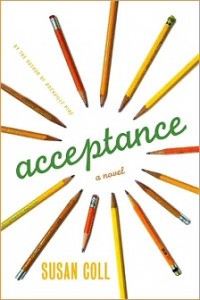 Q: You worked at Politics & Prose bookstore for five years. What role do you see bookstores playing in the current political and economic environment?

A: A recent New York Times article provided a round up of what bookstores across the country have been doing in the wake of the election, from bringing customers together to write postcards to elected officials, to becoming hubs of protest. Independent bookstores have long doubled as community centers, and this seems an especially critical time for them to occupy that secondary role.

Not all bookstores are overtly political of course, but nevertheless, part of their unwritten mission is to provide a forum for ideas. Politics & Prose has organized a number of “teach-ins,” in on subjects such as women’s rights, immigration, and climate change.

Q: You're now teaching writing. What are some of the most important things you've told your students, based on your own experience writing novels?

A: I’ve tried to communicate to my students that they should take the long view, that once they have finished drafts, they need to go back and really take the time they need to revise. To sit with a sentence or a paragraph for as long as it takes to get it just right.

I’ve also tried to emphasize that writing a competent novel is not the goal. I think everyone of my students is capable of completing a novel, but I’m urging them to think outside the box and to find ways to make their work original---the best, and most creative, version of itself that it can be.

--Interview with Deborah Kalb. Susan Coll will be participating in the Bethesda Literary Festival on April 22, 2017. For a previous version of this Q&A, please click here.