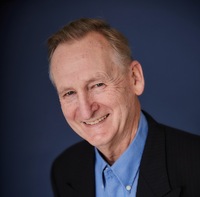 RV Minkler is the author of the new novel The Redeemed. A retired engineer, he lives in San Diego, California.

Q: What inspired you to write The Redeemed, and how did you create your cast of characters?

A: What inspired me to write The Redeemed is an amusing story. Thirty-six years ago, I had a vivid dream that became locked in my consciousness. That vision was the seed of the story of The Redeemed, and I even shared it with my children.

Over the next couple of years, as I thought about the premise, my mind started filling in the gaps that would account for the setting, and I wrote the preliminary story. Since then, I continued revising and expanding the saga until it formed the first two-thirds of the manuscript. Four years ago, I added the novel’s final third as my conception of the antagonist’s role enlarged.

Regarding the cast of characters, five of them were in the initial dream, and those were Veena, her squad of Archangels, and Nate. The vision also had an antagonistic gang, but the primary villains were not yet defined. As the story concept blossomed, so did the addition of characters, most noticeably, the introduction of Pastor Abraham Jones.

A: Ha! The answer to both options of that question is “yes.” Initially, I had a notion of the story’s scope and how it would end. That conclusion was insufficient and unsatisfying. The more I worked on the manuscript and plot, the more it evolved. The storyline’s original concept is still there in the final product, but I have enriched it considerably.

Q: The novel takes place in the wake of a deadly virus. Were you working on the book during the Covid pandemic?

A: The short answer is “no.” When I had the dream thirty-six years ago, it was a vision of a post-apocalyptic world. As I mentioned earlier, I developed the story and filled in the gaps.

Short of a global nuclear war, which I believe would poison the earth and make it uninhabitable, a pandemic is the only all-encompassing scenario that would lead to this nightmare of terrible devastation and decimation. A catastrophic pandemic is not a new concept as other works of fiction, such as Stephen King’s The Stand and Michael Crichton’s The Andromeda Strain, describe that potential danger. 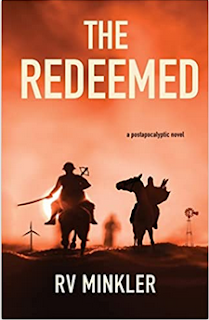 It might seem that the release of my novel about a deadly virus during this pandemic of COVID-19 is suspect, but it is genuinely coincidental. Furthermore, COVID-19, as horrible as it is, is comparable to the fatality rate of the imaginary virus in my novel.

That my fictional virus and COVID-19 are both passed almost exclusively by respiratory transmission is also the most common path for spreading viruses. The parallels between the virus in my novel and COVID-19 are simply a matter of recognizing this is the nature of respiratory viruses.

I am deeply grateful that COVID-19 does not have the horrible consequences I describe of the virus in my novel. The ability of medical researchers to develop effective vaccines within nine months is a miracle.

I recognized those thirty-six years ago that my story would need some overwhelming, worldwide catastrophes to set the stage for an inability to fight the virus; thus, the fires that started the collapse of civilization in my tragedy.

A: First and foremost, I hope they enjoyed the tale.

I did not initially conceive the story as a spiritual tale. It became a vision of a faith-based journey and growth, and I “hope” that it will seed hope in the readers. The saga describes a band of Christian survivors who serve God and let go of their timeline and expectations. I have created an account of how God works for their good, but not necessarily in alignment with what they desire or expect.

So, even though this book is fiction, I have strived to illustrate how God might care for those He loves even in the worst possible circumstances. I desire that this novel honors God and inspires the reader to that same type of hope of a loving and compassionate God.

A: I am formulating the concepts and trials that will be the basis of two sequels. The first sequel will be about the growth and journeys of the children into young adulthood and their difficulties and rewards of finding mates.

The first sequel will also introduce the conflicts that arise in the absence of threats by raiding gangs. Since the struggle to survive is more manageable, the unity that the initial group of The Redeemed enjoyed will start to fray as they no longer need to cooperate to protect against common terrors.

The second sequel will explore that fracturing further as jealousies and resentment ferment. That doesn’t sound very encouraging, yet I believe there are examples of sacrifice and heroism to arise in the face of these challenges.


A: This question probably is more meaningful to professional writers who may have several projects in development. However, I am a retired engineer who is not, by nature, focused on literary composition. What I hope to be is open to God’s leading. So, who knows what more may come from my service to God?