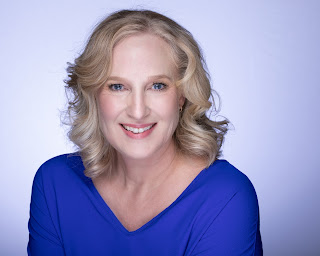 Jody Hadlock is the author of the new historical novel The Lives of Diamond Bessie. She worked as a television news reporter and anchor, and she lives near Fort Worth.

Q: The Lives of Diamond Bessie was inspired by a true story--how did you learn of it, and what inspired you to write the novel?

A: When my husband and I were dating, we went to his hometown in East Texas to meet his parents and we took a day trip to nearby Jefferson. We both love history and went to the town’s historical museum.

In one of the display cases there was a full-page article in a Dallas newspaper about Diamond Bessie and Abe Rothschild that was published in the 1930s. I was immediately intrigued. I thought, “Why was this paper interested in something that had happened 60 years earlier in a place three hours away?” I had another thought too, but I don’t want to give away the plot!

I had always wanted to write a novel but didn’t know what story I wanted to tell. Bessie’s grabbed me and wouldn’t let go.

Q: The Kirkus Review of the book calls it a “genre-bending debut novel.” What do you think of that description?

A: I love it! I didn’t set out to write a historical mystery with paranormal elements. It was just the way the story needed to be told. 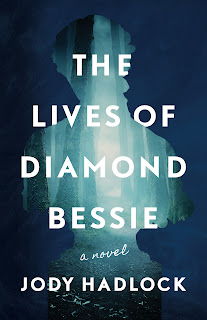 A: Deciding on the right title is crucial. I tried several, including A Picnic in the Woods (awful) and Land of Lost Souls, which I really liked. But it was someone else who gave me the perfect title.

I was fortunate enough to attend “Summer Words” at Aspen Words in Colorado during my writing journey. I was among a group of six writers in a workshop where we critiqued each other’s full manuscripts. The workshop leader said I needed a different title, and we had a discussion about it.

When one of my fellow writers suggested The Lives of Diamond Bessie, I knew as soon as he said it that it was the right one. It perfectly encapsulates Bessie’s “lives.”

Again, I don’t want to give away the plot, but I think when readers get to a certain point in the book, they’ll understand why the title is a perfect fit.

A: To not be so hard on ourselves. We all mistakes, some worse than others, and it’s important not only to forgive others but also ourselves.

A: I’m going to stay in the 19th century. It’s a story I learned of while researching Diamond Bessie. It will be set in Russia from 1858 to 1880, and maybe also in the US, if I decide to have two main characters (both women). I’m still in the research phase.  The working title is The Empress and the Queen.

A: I also love writing screenplays. I haven’t had anything produced yet, but a screenplay that I co-wrote won the 2020 Dallas International Film Festival’s screenplay contest and was almost optioned by a producer in Hollywood.