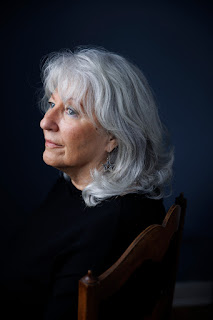 Gina Roitman is the author of the new novel Don't Ask. Her other books include the story collection Tell Me a Story, Tell Me the Truth, and her work has appeared in a variety of publications, including Poetica and The Forward.

Q: What inspired you to write Don't Ask, and how did you create your character Hannah Baran?

A: First, I wanted to explore what is carried forward into the next generation after the trauma of war, what baggage that generation is handed, and how it is dealt with.

As for Hannah, she arose from my desire to explore the experience I did not have growing up. Whereas Rokhl was morbidly silent, my own mother never stopped telling me her stories of loss and horror.

These always left me feeling like I was supposed to be grateful for the miracle of my life when so many had died before me, so I tried to imagine what it might have been like to be raised in a vacuum of silence.

A: It is my experience that the second generation—whether they be the children of survivors or perpetrators—were reluctant to ask questions for several reasons.

When we’re young, we are so eager to move forward into the future; but as we grow older, and sometimes wiser—certainly more curious—we are full of questions. Sadly, it is often too late to ask.

But in a broader sense, the admonition “don’t ask” is the punchline to a Myron Cohen joke. In perverse Jewish fashion, on the one hand we are chastised for not caring to ask questions– but when we relent and do, we are told, “You really don’t want to know.” 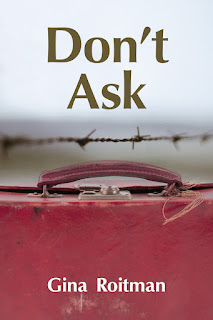 A: Hannah and Max are two sides of the same coin. They share the same story because neither one understands—or questions—how their family history has shaped them.

Further, neither has been successful in their personal relationships, yet the magnetism they experience manages to transcend the baggage they carry. It insists that they disregard their personal past and examine where they are now, in that moment.

The dynamic between Hannah and her parents is very muted. She is their child but not part of a family in the traditional sense. Barak and Rokhl live on one level and without intending to do so, keep Hannah outside of their tight circle.

She is not so much raised by them as boards in their home. There is no room for conversation and, therefore, the examination of things as they are: Rokhl doesn’t speak and Barak only pontificates. Hannah is left to surmise what “normal” is by comparing her parents to her best friend’s family.

Q: The author Susan Doherty said of the book, “Don't Ask is one of the best explorations of the human cost of being a Holocaust survivor.” What do you think of that assessment?

A: Susan Doherty was raised in an entirely different environment than the one that Don’t Ask reveals. If you are not steeped in the stories of the Holocaust as I have been since my earliest age, it may seem like the best description because it takes you inside one woman’s story.

I have always balked at the phrase “six million” because when repeated so often, it loses power. One story. I believe it can leave a more profound impression. I don’t know whether Susan has read Primo Levi or Elie Wiesel or Chava Rosenfarb. It all depends on perception and, perhaps, where you’ve come from.

A: A novel about Chaim Soutine, the Belarus-French painter, sometimes called the father of abstract expressionism. It is a reimagining of his life as seen through the eyes of seven women who loved, supported, nursed and/or represented him from birth to death, and beyond.

A: The idea for the novel emerged when I wrote the line, “I am not her.”

In 2005, I went to Passau, Germany, the town where I was born, to do research for this novel. It was the 60th anniversary of the end of WWII and I was invited by Passauer Anna Rosmus of “Nasty Girl” fame to take part in some ceremonies.

A filmmaker friend of mine decided that the journey would make a compelling documentary. Thus, without ever planning to do so, the next eight years of my life were swallowed up by that documentary. See: www.nazimidwife.com.

If everything happens for a reason, then the film taught me the importance of letting a story tell itself.