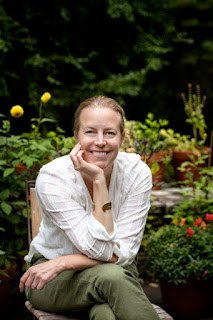 Kathryn Williams is the author of the new young adult novel The Storyteller. Her other books include the YA novel The Lost Summer. She lives in Portland, Maine.

Q: What inspired you to write The Storyteller, and how did you create your character Jess?

A: I've long been interested, as many people are, in the history of the Romanovs, but I became especially intrigued by the men and women who came forward claiming to be one of them.

The most famous, Anna Anderson, lived in a small college town in Virginia, near where I grew up. She was such a tragic figure -- eccentric, taken care of but somewhat unstable, clearly haunted.

This book grew out of imagining what might have motivated her to share her story, either way -- if she was or if she wasn't really the Grand Duchess.

As I wrote and Jess's character became clearer, I realized it was a much larger story about the narratives we all weave about ourselves. It took me a while to get to know Jess, but I found inspiration for her in the young writers I teach.

Q: What do you think still intrigues people about the Romanov family, particularly Anastasia?

A: The story has really been mythologized into a modern-day fairy tale (perhaps in the darker style of the Brothers Grimm). The first half of the 20th century was so horrific in so many ways; people needed stories to make sense of their helplessness. 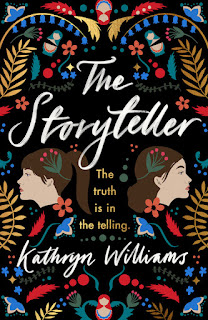 Here was a story about even the most powerful individuals becoming victims to forces beyond their control. Nicholas and Alexandra certainly played a role in their fate, but the children did not, and it's their murder especially that makes this history awful in the way that you can't look away.

The alternate ending that a child survived is a way to keep some kind of hope alive.

Q: The Kirkus Review calls the book "An interesting take on storytelling and identity." What do you think of that description?

A: I'd agree that's what this book is really about, through a retelling of the Anastasia story. We're all humans hardwired to experience time and, therefore, to tell stories, including about who we are.

The last 10 years were a very interesting backdrop to writing this book, with the growth of social media, the siloization of traditional media, and extreme political and cultural polarization within the United States.

As someone who started her career in journalism, I believe deeply in facts and the absolute necessity of some agreed-upon universal truths. Yet, all around me, I saw people living in different and sometimes multiple realities.

Fact is something we can look at, touch, measure, but Truth, with a capital T, is often something we feel. It entails stringing facts together, which can be done in myriad ways, and that's where the tension comes in. The great Russian writers explored this theme deeply.

A: A resounding no! This is a book I wrote and then took down to the studs and rewrote. It had so many endings over the drafts it makes my head spin. I knew I wanted the ending to be layered, to have some twists and turns.

I owe my agent, Elizabeth Rudnick, and editor, Catherine Wallace, a great deal for shaping the book in its final form.

A: I have a few irons in the fire (or on the backburner), but my current WIP is a middle grade novel inspired by an island near where I live now in Maine and also, again, by my students.

A: Jess, my protagonist, is a writer, and I hope this book especially speaks to writers and young writers particularly. I'm hoping to work some Storyteller-inspired writing prompts into the backmatter of the paperback version, and I offer antique-object inspired prompts at my Instagram account (@thestorycabinet).

I also love doing school visits and workshops with students grades 5-12 and have a full menu of offerings at my website (kathrynwilliamsbooks.com).

I also get many comments on the book's gorgeous cover, and I want to give a shout out to the illustrator, Holly Ovenden. I was over the moon when I saw it.