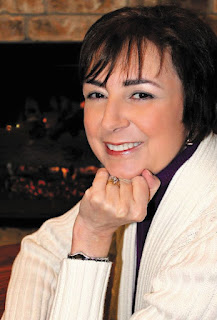 Lorraine Heath is the author of the new historical novel Girls of Flight City, which is set during World War II. Her many other novels include The Duchess Hunt. She lives in Texas.

Q: What inspired you to write Girls of Flight City, and how did you create your characters Jessie, Kitty, and Rhonda?

A: Thirty years ago, I read an article in the Dallas Morning News about a woman, Virginia Brewer, who cared for the British cemetery in Terrell, Texas. It went on to explain how British pilots came to Terrell to learn how to fly.

As a romance writer, I immediately envisioned three different girls in a small Texas town falling in love with British pilots. It planted the seed for Girls of Flight City but I wasn’t ready to write the story so I set the idea aside.

Then a few years ago after reading Kristin Hannah’s Nightingale my interest in writing a story set during WWII was rekindled and I began researching why and how British pilots came to Texas. I was fascinated by the history, especially the role that women played in training the pilots.

I still had in mind that the story should revolve around three girls. I wanted Jessie to represent the many women pilots who were groundbreakers during this time but whose gender worked against them. She was a flight instructor.

Rhonda operated the flight simulator, which many women did do at these schools as well as at military bases, because as she explained to Jessie, the men were more likely to spend time in the simulators if a pretty girl was at the controls.

I felt it important to have a young heroine to demonstrate how very young these cadets were and that was Kitty, who is 16-going-on-17. She was age appropriate for these cadets and innocent enough not to yet fully understand the tragedy of war.

Q: What do you think the novel says about the role of women during World War II?

A: My hope is that the novel demonstrates that women played a critical role in preparing these young men to take to the skies and defeat the enemy.

In addition to the roles above, women were classroom instructors, control tower operators, mechanics, parachute riggers, and more. Women were actively involved before December 7, 1941 but became more so when the men at the schools needed to join the military.

Q: The author Kelly Bowen described the book as “an engaging, inspiring story crafted from the real history of a small Texas town during World War II.” What did you see as the right blend between fiction and history as you wrote the book?

A: For me, the story has to come first and then I weave in the history that is needed to give context to the story. How did the history at the time impact the characters and their decisions? I try to show the reader the history by my characters’ actions. 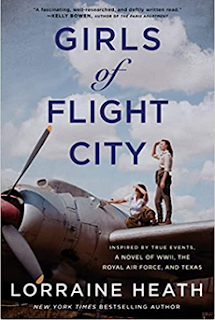 In the beginning of this story, June 1941, for example, Jessie has a boyfriend who isn’t supportive of her teaching the pilots because it’s “not our war.” Rather than tell the reader that was a sentiment some Americans felt at that time, I had a character demonstrate the attitude. I try to weave the history through the story.

Q: What do you think the book says about the cooperation between American and British forces during the war?

A: I think the book shows there was a lot of cooperation between American and British forces. The people of Terrell and those in my fictitious town were incredibly welcoming to the British cadets. They considered the “boys in blue” to be part of their community.

They welcomed them at the train station when they arrived, held dances in their honor, invited them into their homes at Christmas and for Sunday dinner, attended the ceremony where they received their pilot wings, and kept in touch when they left.

Some fell in love and married. Some returned after the war. One of the subplots involves Jessie’s twin brother who went to England and joined the RAF in 1940, as some Americans did, even though doing so meant they could lose their U.S. citizenship.

A: Presently, I’m working on The Lady Takes All, a historical romance that involves a scoundrel and a woman determined to rid London of scoundrels.

A: Terrell, Texas, has the #1 British Flying Training School Museum, which provides some fascinating history of the era. In addition, within the Oakland Cemetery in Terrell is the British cemetery, where 20 cadets who were killed during training were laid to rest.