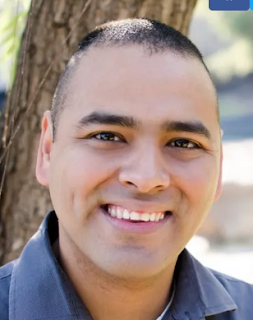 Gama Ray Martinez is the author of the new novel God of Neverland, a reimagining of the Peter Pan story. His other books include the Pharim War series. He lives in Utah.

Q: What inspired you to write this reimagining of the Peter Pan story?

A: A few years ago, I decided I wanted to read some of the classics. I read things like The Jungle Book and Alice in Wonderland. When I got to Peter Pan, I read the epilogue about what happened to the rest of the Lost Boys, and I just felt like there was more of the story to tell.

Q: What did you see as the right blend between the original concept of Peter Pan and your new version?

A: In the original Peter Pan, it is heavily implied that Neverland shapes itself to the imagination of those who go there. That concept helped me ground God of Neverland into something that felt very much like the original while imagining how such a land would shape itself and generate challenges for someone 20 years older who has had experience battling the supernatural. 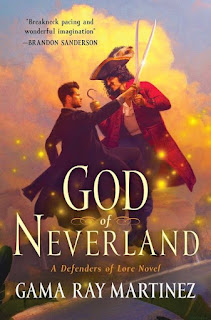 Q: What do you think the novel says about images of adulthood and childhood?

A: There is this idea that in order to be an adult you have to move past being a child, but I think it's more accurate to say that being an adult is built upon being a child first. I like the way C.S. Lewis put it:

“When I was ten, I read fairy tales in secret and would have been ashamed if I had been found doing so. Now that I am fifty I read them openly. When I became a man I put away childish things, including the fear of childishness and the desire to be very grown up.”

My main hope for a takeaway from this book is that being a child and being an adult are not entirely mutually exclusive.

A: I have a lot of exciting projects coming up, so be on the lookout!