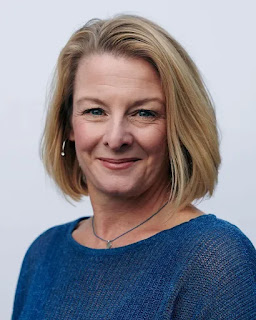 Lian Dolan is the author of the new novel Lost and Found in Paris. Her other books include The Sweeney Sisters. She is the creator and host of the talk show and podcast Satellite Sisters, and she lives in Pasadena, California.

Q: What inspired you to write Lost and Found in Paris, and how did you create your character Joan?

A: With Lost and Found in Paris, I wanted to explore a few different ideas: fame, grief, and recovering after loss. The story has been in my head a long time. I tend to file away inspiration for years before acting on it and a headline from the days just after 9/11 was one of those pieces of inspiration. I incorporated that into the book.

In addition, like a lot of people in LA, I’ve had brushes with fame--the director’s kid in class, the sports star’s kid on the soccer team, that guy in yoga who just got nominated for an Oscar.

It’s got me thinking about how being famous or raised by famous parents influences your life and the expectations others have for you. And I started this book right after losing both my parents in a short time period, so grief and loss were on my mind.

But I like writing book with plots that move, with gorgeous settings and a bit of romance, so the more serious storylines are woven into an art history treasure hunt in Paris.

Joan is very much the product of her two famous parents, a genius artist and a ‘70s supermodel, and the out-of-whack sense of reality that might give a child. Vacationing with Mick and Jerry. Being feted by royalty. Being pulled out of school for to go on tour with David Bowie.

But Joan doesn’t want to follow in her parents’ creative footsteps and live a public life. In one scene, she describes herself as the average child of above average parents. She craves a normal life, but then tragedy strikes when her father is killed on 9/11 and she is at the center of attention whether she wants to be or not.

To me, Joan is a woman who was launched into adulthood too soon, responded with uber-responsibility and lost herself in the process. In the book, she’s set up to recapture what made her “above average” through this fantasy treasure hunt in Paris. 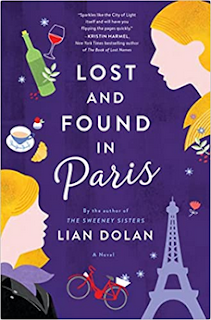 Q: The Kirkus Review of the novel calls it “A quirky novel that deals with weighty topics and emotions without taking itself too seriously.” What do you think of that description?

A: I couldn’t have written a better description myself! I was delighted when I read those lines because I felt like the reviewer really understood my intention, which was to create a story that engaged, moved along, went unexpected places, and had some real laugh lines.

I think of Lost and Found in Paris as a book that has some serious intentions coupled with surprising joy. Thank you, Kirkus!

A: I knew where I wanted Joan would end up as a character in terms of her personal growth, but I didn’t know exactly how she was going to get there in terms of plot points. Once I nailed the action, I still needed to work on the emotion.

The final third of the book did change a lot during the editing process with Rachel Kahan at William Morrow. Rachel did what a great editor is supposed to do: turn my point of view around so I could see the growth through Joan’s eyes, not my own. That perspective really made the book better.

Q: Do you have any other favorite books set in Paris?

A: Do the Madeline books count? Because those were definitely the first books that imprinted Paris on my brain! I loved reading them as a child and I went to a public school in Connecticut that started French in kindergarten, so we read them over and over again in French.

I’d also have to tip my hat to Diane Johnson’s books: Le Divorce, Le Mariage, and L’Affaire. She is one of my favorite writers, a real inspiration for me. I love her sophisticated but flawed characters, how her French and expat casts interact, and her keen observations about love and life in Paris. Read the books even if you’ve seen the movies!

A: I’m excited to be working on a book about the highs, lows, and challenges of a long-term marriage. Think a contemporary Gen X version of The Bridges of Madison County set in the post-pandemic era. It’s called The Marriage Sabbatical and it’s due out in 2023 from William Morrow.

A: I’m looking forward to meeting readers again in person on this book tour. My last book, The Sweeney Sisters, came out in April 2020 and of course, all events were cancelled or rescheduled as virtual events.

The virtual book tour allowed me to reach a lot of readers who might not be able to come to my events, but I missed the energy of interacting with readers, booksellers and other book lovers. Thank you, readers and bookstores for continued support.