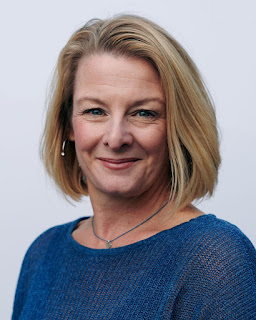 Lian Dolan is the author of the new novel The Sweeney Sisters. She also has written the novels Helen of Pasadena and Elizabeth the First Wife, and her work has appeared in a variety of publications, including Pasadena Magazine and O, the Oprah Magazine. She is the producer and host of the the talk show Satellite Sisters, and she lives in Pasadena, California.

Q: How did you come up with the idea for The Sweeney Sisters, and for your cast of characters?

A: There are a lot of books, movies and TV shows about multi-generational families with strong matriarchs or patriarchs, but I wanted to write about adult siblings making their way in the world without the “older” generation.

I wanted to answer the question of what happens when Mom and Dad are gone and the siblings have to create a new kind of relationship. I thought that question might be even more heightened if one of the parents was famous, like the father in The Sweeney Sisters.

And then I started seeing posts on Facebook from people in my circle about welcoming a new sibling into the family, thanks to an over-the-counter DNA test.

That seemed like a great wrench to throw into a sister story. Imagine being in your 30s or 40s and having a new sibling show up. Wow, gamechanger!

The characters of Liza, Maggie, and Tricia Sweeney came very quickly to me. 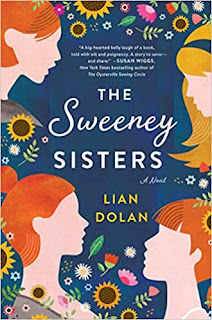 Character development is my favorite part of the writing process! I love building the pieces of characters that will fit together and serve the story.

I have been thinking about sisters for years, thanks to my podcast Satellite Sisters. And knew I wanted to include the uber-responsible oldest sister, the freewheeling middle sister and the disciplined and independent younger sister. The Sweeneys have the same parents, but different lives, and I thinks that’s pretty typical in most families.

Q: The novel is set in Southport, Connecticut. Why did you choose that location, and how important is setting to you in your writing?

A: As a reader, I love novels with a strong sense of place. It feeds into the “take me away” reason I read books. So. It was natural for me as a writer to want to create a setting that resonated.

My first two novels are set in Pasadena, my current hometown, and I knew from the many, many book club events I’ve gone to that readers love being a part of that world with the Rose Parade, the gorgeous houses, the famous art and architecture and institutions like Caltech and The Huntington. 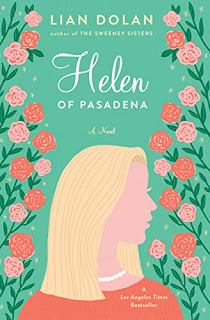 For this book, I chose Southport, the town where I grew up, because it lent itself to a story about long-kept secrets and chaos behind the perfect façade.  Southport is a picture-perfect town but what goes on behind those doors with the big brass knockers may not be so perfect.

Plus, I miss those East Coast summers, especially Fourth of July. There’s a Fourth of July scene that’s a real centerpiece of the book with the traditional bunting on historic homes, the homegrown bike parade, annual fireworks at the beach and lobster and blueberry muffins on the table.

Q: Can you say more about what you think the novel says about concepts of family?

A: To me, family is an ever-evolving story. But a lot of families get stuck, plain and simple. I think a lot of disfunction comes from families repeating the same patterns of behavior over and over again, without growth or in.

With The Sweeney Sisters, I wanted to write about how families can move through disfunction, can open up to new people and new relationships and build a stronger, bigger unit. 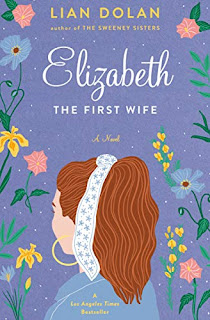 Q: The Sweeney sisters' late father, William, was a famous writer. What was it like to create a book about a writer?

A: Bill Sweeney is definitely a writer from a generation that is almost gone—when writers were rock stars and covered in gossip columns and The New Yorker in the same week.

His work is the sort of fiction that would still be read in high school or college, part of a canon that would include Roth, Vonnegut, Knowles, even Salinger. I imagined him looking like John Irving but acting like John Cheever.

That’s the kind of male writer I remember from my youth. In fact, Robert Ludlum, the superstar thriller writer, lived nearby and I used to see him walking on the beach all the time.

Putting all of those pieces together for The Sweeney Sisters was a fun mash-up of memory and make-believe.

A: I host a weekly podcast called Satellite Sisters and write a monthly humor column for Pasadena Magazine, so I always have a lot of story ideas in the hopper.

As far as fiction. I’m thinking about the next novel but nothing ready to share yet! I’m getting a lot of calls for a sequel to The Sweeney Sisters, which is something I never considered, so now my brain is working on that.

A: I hope the book’s themes of reconnecting and resiliency resonate with readers during this time. There are laughs and parties and romance in The Sweeney Sisters, but there’s also a lot of love. I hope it provides a hopeful escape for people.